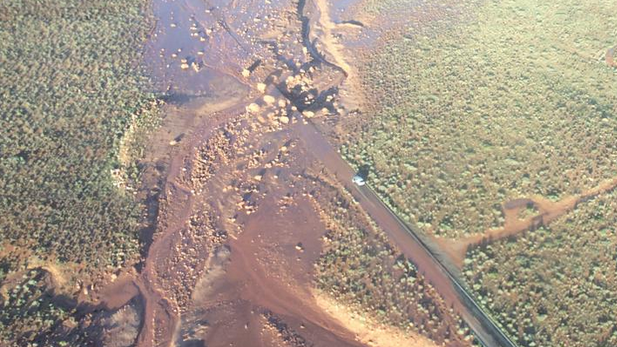 A storm system brought a tornado and hail to northern Arizona on Sunday, with flash flooding closing a portion of the U.S. 89A with mud and debris.

The Arizona Republic reported Monday that winds reached up to 70 mph Sunday afternoon about 30 miles north of Flagstaff. Meteorologist Mark Stubblefield said the tornado showed up on radar after 2 p.m. and was heading toward the 89A.

Transportation crews were working Monday to clear mud and boulders from the 24-mile section of highway between mileposts 531 and 555. ADOT spokeswoman Caroline Carpenter said it was unknown when the blocked portion of the highway will be reopened.

Stubblefield said tornados in Arizona are rare, but not unheard of.

Where's the Heat? Tucson's Weather Is Topsy-Turvy Odile Veers to East, Sparing Tucson; Flooding in Nogales 5 litters of endangered black-footed ferrets born at Phoenix Zoo
By posting comments, you agree to our
AZPM encourages comments, but comments that contain profanity, unrelated information, threats, libel, defamatory statements, obscenities, pornography or that violate the law are not allowed. Comments that promote commercial products or services are not allowed. Comments in violation of this policy will be removed. Continued posting of comments that violate this policy will result in the commenter being banned from the site.