Arizona Teens Have Stopped Using Most Kinds of Drugs

The biannual Arizona Criminal Justice Commission's Arizona Youth Survey shows teens in the state have stopped using most kinds of drugs. But marijuana use continues to rise. 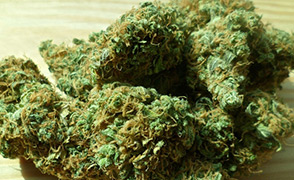 Marijuana moved up to the second-most commonly used drug among teens, passing tobacco and lagging behind alcohol.

The study also showed a flattening in bullying trends, with in-person bullying going up to about 31 percent. But cyber-bullying decreased by 26 percent.

The Arizona Youth Survey is conducted in public high schools in the state on a voluntary basis. The Arizona Criminal Justice Commission said it believes the survey is a valuable tool for leaders around the state.

“What this report does for policy makers on the state and local level is being able to look at that information and say, ‘Is it increasing or decreasing in our community, and do we need to focus resources on certain areas around those things to see if we can try and bring those numbers down,'" said Andrew LeFevre, public information officer of the commission.

Students from all 15 counties participated in the survey, totaling about 48,000.

Drug Take Back Day Opportunity to Dispose of Prescription Drugs Pima County Sheriff's Deputies to Carry Anti-Overdose Drug UA Study: Sharing Music Can Bring Parents and Kids Closer
By posting comments, you agree to our
AZPM encourages comments, but comments that contain profanity, unrelated information, threats, libel, defamatory statements, obscenities, pornography or that violate the law are not allowed. Comments that promote commercial products or services are not allowed. Comments in violation of this policy will be removed. Continued posting of comments that violate this policy will result in the commenter being banned from the site.