The Modern Toilet: A Contender for Water Conservation MVP

The toilet's rise to a central role in conservation included an act of Congress, logs of miso paste and some serious elbow grease. by Luke Runyon, KUNC TWEET SHARE 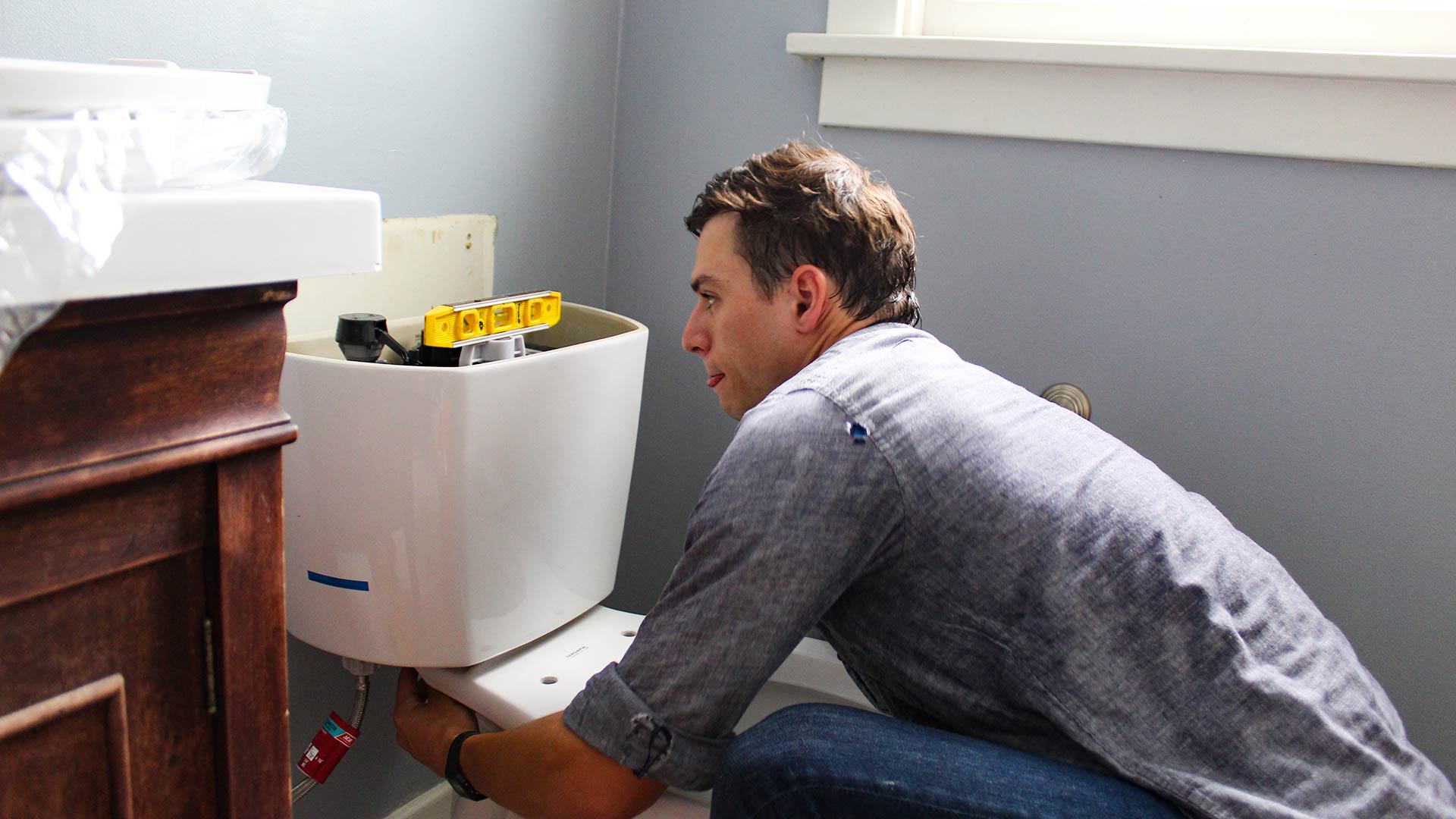 This story is Part II of a five-part radio series on water conservation in collaboration with KUER, KUNC, KJZZ and the Mountain West News Bureau.

Throughout the Western U.S., water conservation is in the toilet.

And that’s a good thing.

Since the 1990s, a strange phenomenon has played out in arid Western urban areas. Populations are booming, while overall water use is staying the same or going down. The trend is clear in Denver, Albuquerque, Las Vegas, San Diego and Phoenix: Cities are growing and using less water in the process.

It’s impossible to give credit to one single solution, but one could make a strong case that the MVP award for water conservation efforts should go to the modern toilet.

The toilet is the single largest user of water in the home. It uses more than the washing machine, the dishwasher, the shower or the kitchen faucet. About a quarter of all water that enters a home will flow through the toilet according to a 2016 study. Each day the average toilet will use about 33 gallons of water.

That might sound like a lot, but it’s a big improvement. In 1999, the average toilet guzzled more than 45 gallons of water daily.

The story of how the toilet became the unsung hero of water conservation includes an act of Congress, a concerted effort to hunt down old models, logs of miso paste and some serious elbow grease.

Out with the old

Theresa MacFarland lives in an historic two-story home in Longmont, Colorado, with her husband and two kids. Built in 1928, it has all the vintage touches: hardwood floors, big windows, wood detailing and one really old toilet.

A little stamp on the bowl says it was built in the 1950s. MacFarland points it out to her 4-year-old daughter, Althea.

As aging toilets are wont to do, it started acting up. This vintage model wasn’t pulling its weight, and McFarland started shopping around.

She called Resource Central, a Boulder, Colorado-based conservation group, and asked for help to put in a new, more water-friendly model. Pretty soon, Neka Sunlin showed up with the latest in toilet technology. Sunlin oversees the group’s toilet replacement program, Flush for the Future.

“We guesstimate this one is using about five gallons a flush,” she says about the old toilet. “The new one uses less than one.”

In Sunlin’s years with Resource Central, this is the oldest toilet she’s condemned to the local recycling center. By swapping it out, the McFarland family could see a significant dip in their water bill, she says.

A fast-growing alternative to high-priced Boulder, the city of Longmont has an interest in what happens in the MacFarland family’s bathroom. Water saved from their home is water that can be put to use somewhere else.

That’s why the city, along with a handful of other water providers on Colorado’s Front Range, subsidizes the cost of high-efficiency toilets and their installation. MacFarland is paying $175 for the toilet itself, the cost of installation and removal of the old toilet. Her new model retails for $160.

Sunlin says it’s an easy switch with a big payoff. With other conservation programs, you first have to convince people to use less water.

“But a toilet is a toilet,” she says, “and it’s no behavior change whatsoever. You literally just save water with every flush.”

In the last three years, Resource Central has upgraded 2,000 toilets, which they calculate out to 500 million gallons of water saved when looking at the average lifespan of the toilet, at 30 years. 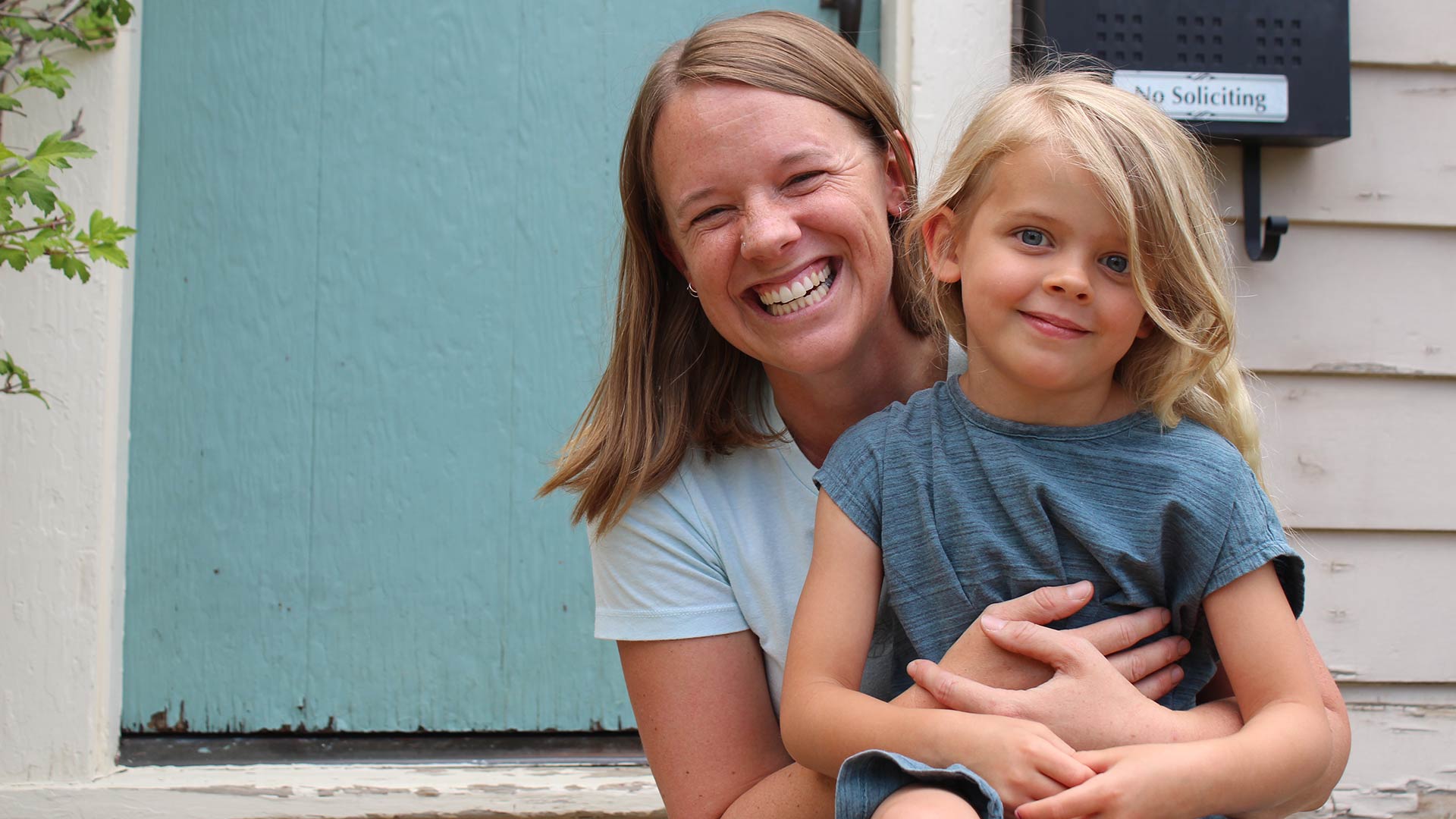 Theresa MacFarland and her daughter Althea, 4. The MacFarlands decided to scrap their 1950s-era toilet for a high-efficiency model in an effort to make their historic home more environmentally friendly.
Luke Runyon, KUNC

In with the new

The road to high-efficiency toilets began back in 1992. The concern was less about water scarcity in the West and more about overwhelmed sewage systems on the east coast.

Congress was feeling pressure to pass national standards for water use and came up with the Energy Policy Act, a law that spawned a generation of low-flow fixtures.

For the plumbing industry, it was a huge deal.

“Absolutely, it was an extremely watershed moment, no pun intended,” says Pete DeMarco with the International Association of Plumbing and Mechanical Officials.

The law mandated that toilets only flush using 1.6 gallons of water or less. Throughout the 1990s, low-flush toilets flooded the market. DeMarco says even though the regulations received input from toilet manufacturers, the new models received heaps of scorn from users who complained that their new and improved toilets performed worse, unable to finish the job in a single flush.

“There were some poor-performing products back in the mid-90s. I think the regulation caught some manufacturers off guard,” he says.

In many cases, DeMarco says, manufacturers had simply reduced the amount of water a toilet used without making significant changes to its inner workings. A lower flow just couldn’t cut it.

The frustrated customers sent toilet-makers back to the drawing board. A new test from a company called Maximum Performance allowed manufacturers to demonstrate that their low-flow toilets could actually evacuate the bowl with one flush. In simulations, toilets would be loaded up with logs of miso paste to show their effectiveness.

DeMarco says toilets can’t take all the credit, but this one innovation is a big reason why cities have been able to grow and still keep their water use in check. Indoor use dropped 22 percent nationwide between 1999 and 2016, much of that due to swapping out old fixtures.

In recent years, some states with water scarcity problems — like Colorado and California — have passed even tighter regulations on how much water toilets can use.

“So you basically have these high-efficiency toilets now as a matter of course. You cannot go out in a store in Colorado, in California, and buy an old toilet,” says Drew Beckwith with the environmental organization Western Resource Advocates.

Beckwith says conservationists have been a victim of their own success. With national standards in place and active replacement programs throughout the country, there’s not much more they can do to limit water use inside homes. All new developments are putting in high-efficiency toilets because there’s no other option in the market. And when existing homes have their old models crap out, the only replacement they’ll find will be a high-efficiency option.

“We’ve sort of done our business with respect to toilets,” Beckwith says. “And it’s time to, you know, maybe get off the pot and move on to outdoor water use which is more the focus of urban water efficiency today.” 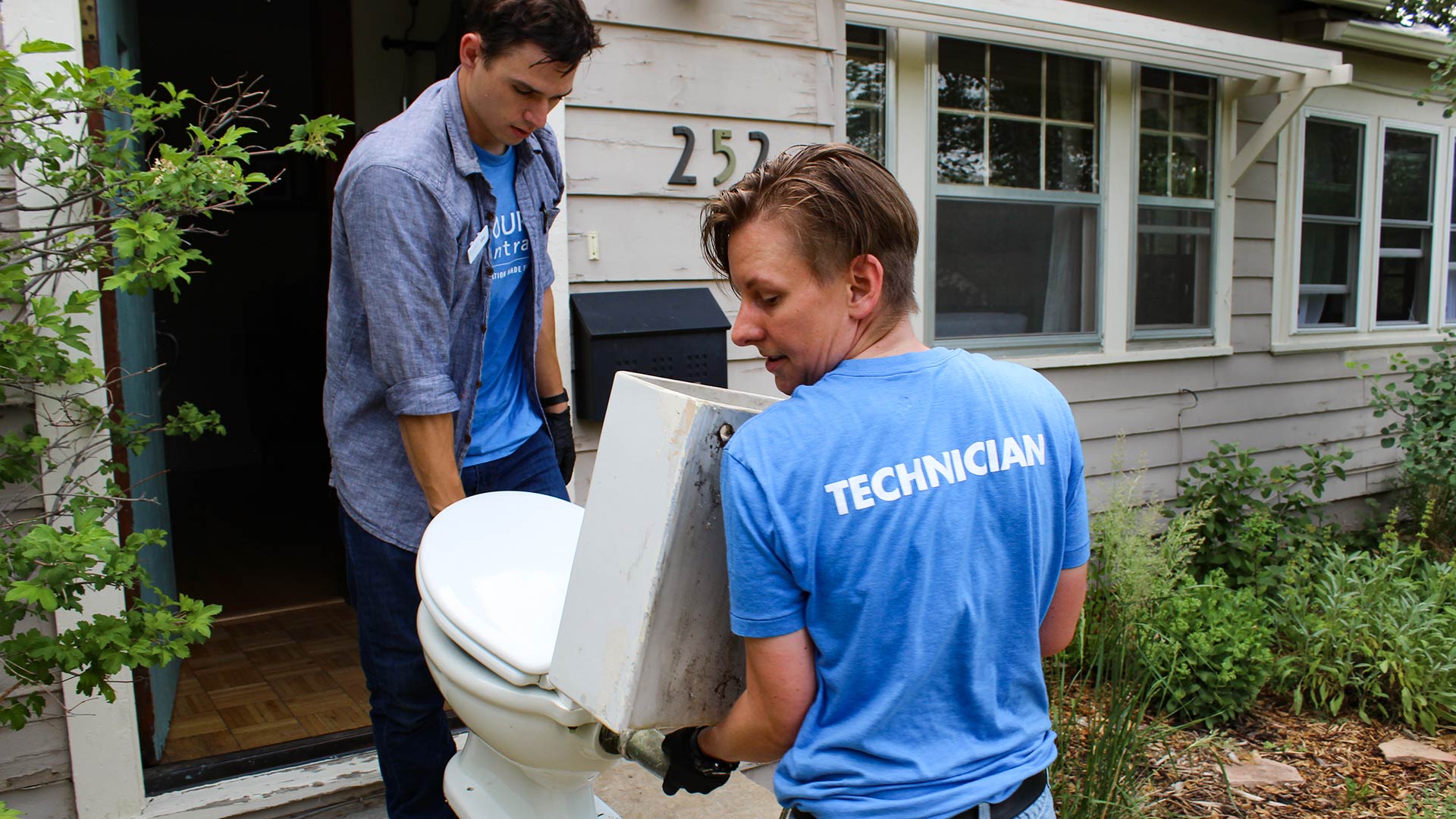 Back at the MacFarland home, the transition is complete. The nearly 70-year-old toilet is loaded on a van bound for the recycling plant. The brand new high-efficiency toilet is hooked up and the water is flowing.

“This is going to be a huge improvement,” Theresa MacFarland says. “And it feels like with very little effort, which I’m very excited about.”

Even though some conservationists feel like the indoor water use fruit has been plucked, a 2017 Alliance for Water Efficiency study found that more than 13 million non-efficient toilets — those that flush more than 1.6 gallons — remain installed in five states: Arizona, California, Colorado, Georgia and Texas.

A nationwide push to rid the country of old toilets could have a significant effect.

If all toilets were high-efficiency, indoor water use could drop an additional 35 percent to below 40 gallons per person per day, the study projected.

MacFarland says she loves the character and charm of her historic home, and says she’s focused on making it environmentally-friendly. But it takes time, energy and money to make it happen.

“We’ve been slowly trying to figure out ways to have just less water usage in this home,” she says. “Knowing in Colorado it’s such a precious resource, and we want our kids to grow up here and also recognize what comes with living in Colorado and trying to do our part.”

The Resource Central technicians ask for a practice flush to make sure it’s working right before they depart. The honor of the first flush goes to McFarland’s daughter Althea.

“Check it out. There’s this new button,” MacFarland says as she motions to her daughter. “Kind of the same as the other one, except inside the tank this is so different than the other one. This one just uses a little bit of water.”

Part of a five-part radio series on water conservation in collaboration with KUER, KUNC, KJZZ and the Mountain West News Bureau. More from this series here.
MORE: News, Water