Scientists are taking a closer look at Saturn's moon Enceladus

The ice moon spouts geysers of water that could harbor basics for extraterrestrial life. by Tony Perkins Tweet 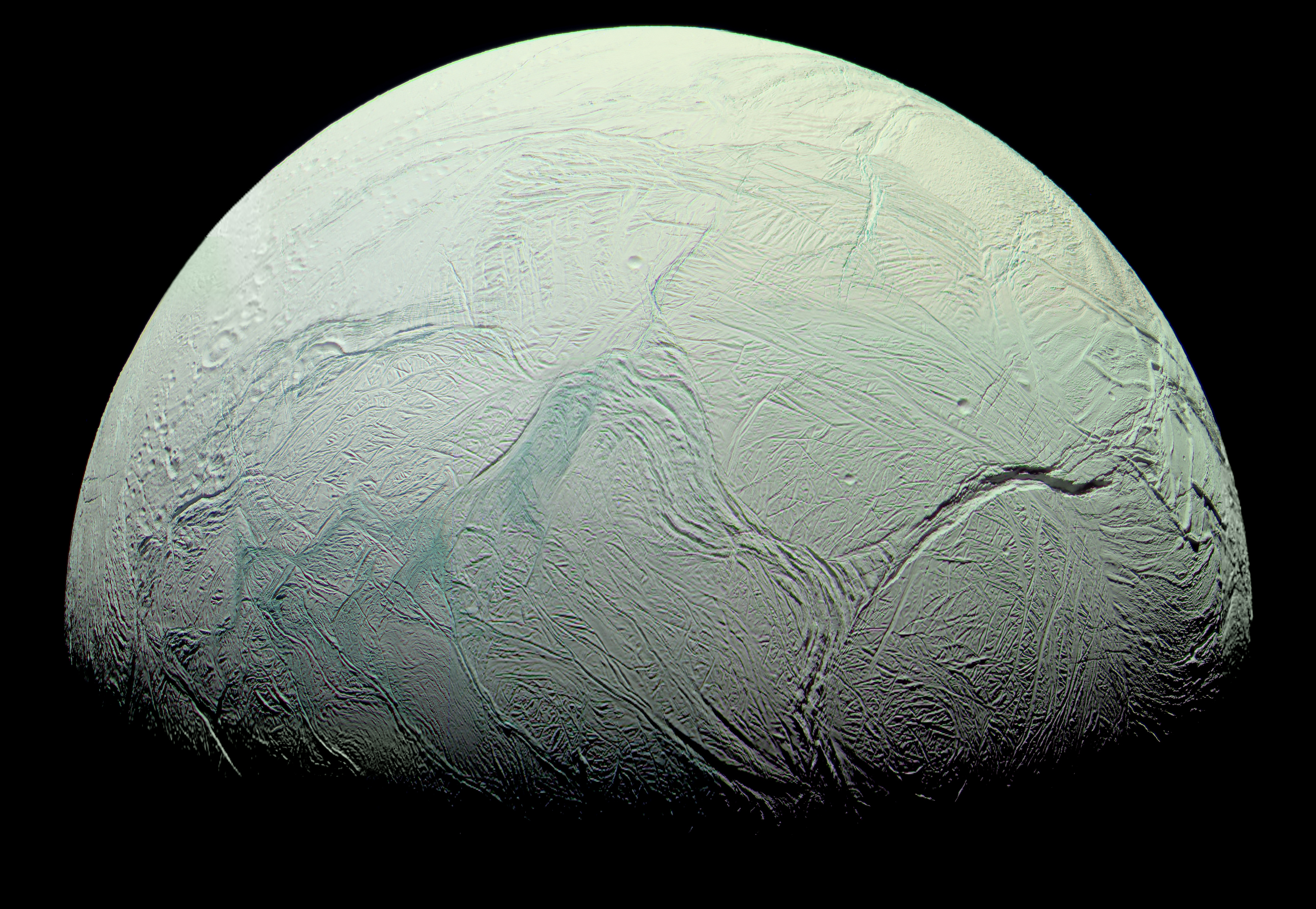 Enceladus is one of Saturn's 83 known moons.
NASA/JPL

Space scientists are increasingly focusing on moons orbiting the outer planets of our solar system.

University of Arizona evolutionary biologist Regis Ferriere co-authored a study that looks at plumes of water being shot from the surface of Saturn's moon Enceladus. He cites data from unmanned satellites showing the geysers emerge from a vast ocean flowing beneath the moon's icy top layer.

"So that was a shift in the paradigm of the search for life," said Ferriere. "If you have liquid water you have a source of energy and building blocks to build biomass."

The Cassini spacecraft flew through the jets of water and found that they have the same chemical composition as hydrothermal vents at the bottom of Earth's oceans. That's led some scientists to theorize life could exist in Enceladus' ocean.

Episode 295: Exploring the planet Saturn Newly Discovered Earth-like Planets Hold Promise for Life UA students prepare to put their own cubesat into space
By posting comments, you agree to our
AZPM encourages comments, but comments that contain profanity, unrelated information, threats, libel, defamatory statements, obscenities, pornography or that violate the law are not allowed. Comments that promote commercial products or services are not allowed. Comments in violation of this policy will be removed. Continued posting of comments that violate this policy will result in the commenter being banned from the site.