Parking restrictions and a new viewing deck are part of efforts to accommodate a projected 2 million visitors this year. by Associated Press Tweet 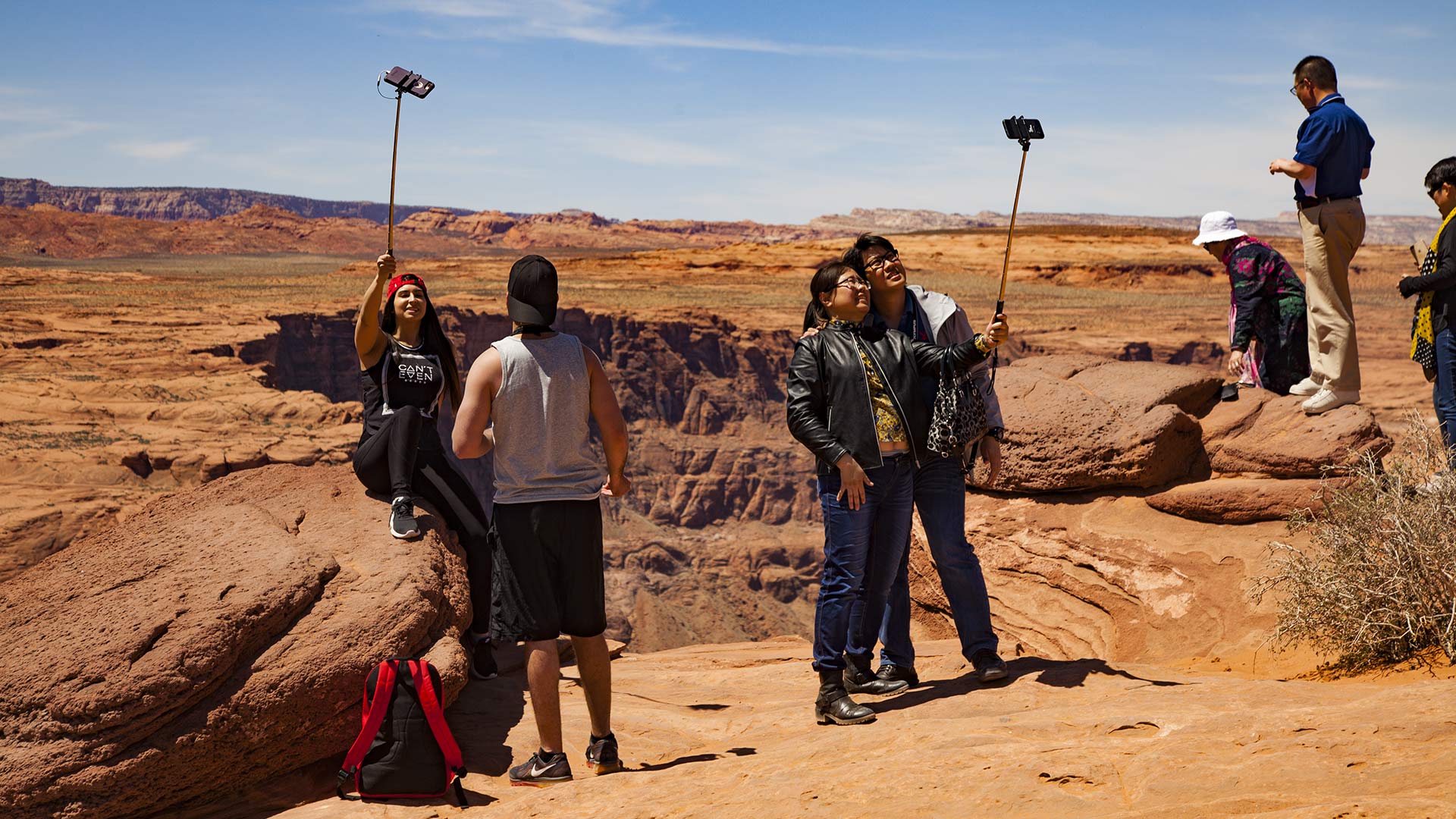 PHOENIX — A viewpoint reachable by a half-mile trail from a parking lot on U.S. 89 in northern Arizona provides a spectacular view of a dramatic bend in the Colorado River, but it has become maybe a little too popular.

There's also a newly constructed viewing deck with a railing that provides a safer alternative than the sheer-edged ledge along the rock ridge that is hundreds of feet above the river. And another parking lot is the planning stages.

Visitors come from as far as China, Germany, France and Japan. Roughly 1.5 million people ventured to the attraction last year.

Large tour buses are no longer allowed to park. They can only drop off and pick up passengers, according to restrictions that went into effect in June. 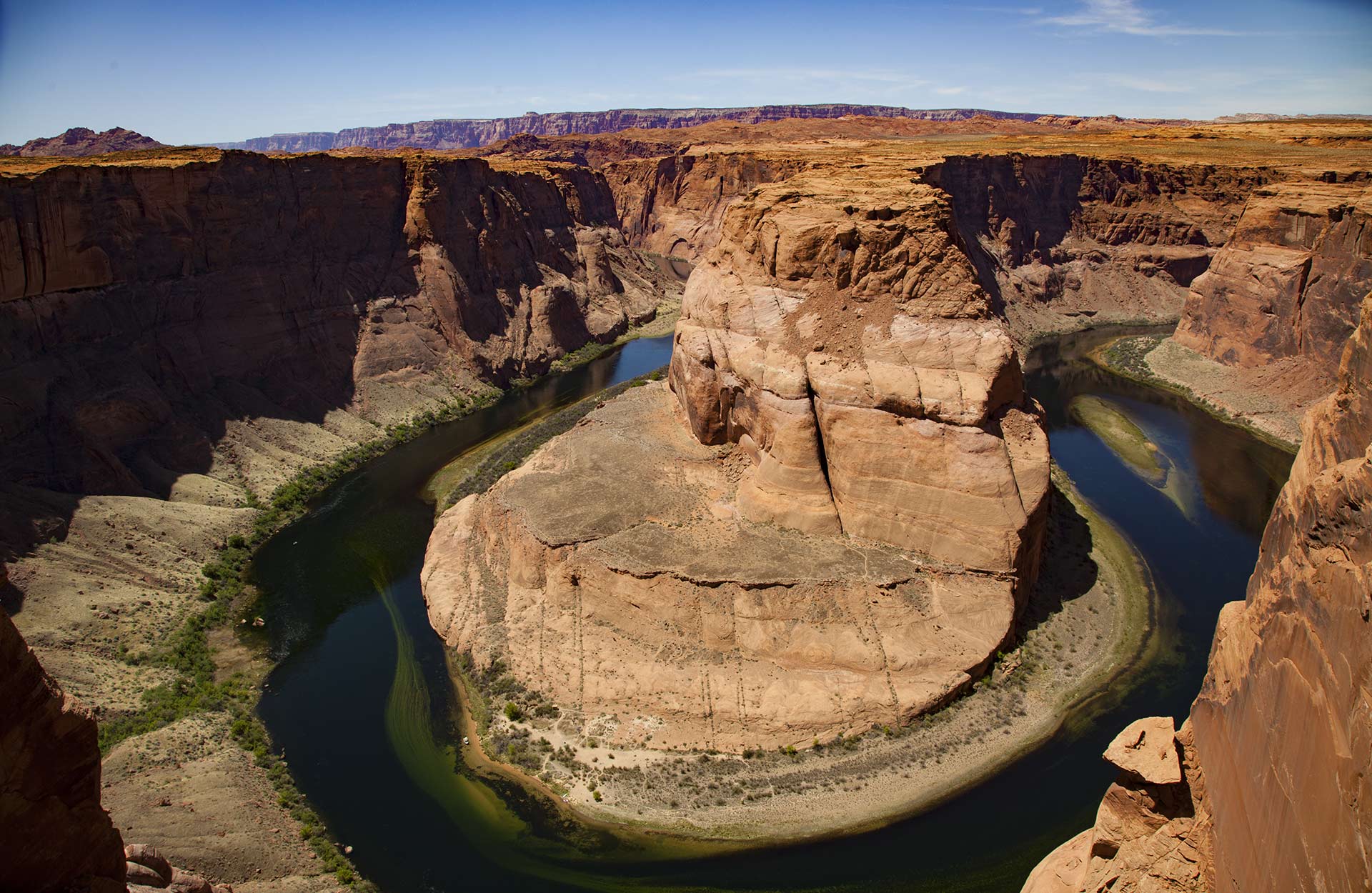 Visitors can no longer park along U.S. 89, a dangerous but common practice when the lot fills up. Drivers who can't find a spot in the lot must return at another time.

Visitors wander along the unprotected rim. There no trails leading down, just a sharp edge with solid ground on one side and empty air on the other.

Accidents are rare, but they do happen. That is partly why park officials approved a $750,000 project to build a viewing deck with safety railing, as well as gently sloping, ADA-compatible trails that skirt the high point of the ridge. The new path is slightly longer but easier to navigate.

The deck opened June 19, providing a safer way to view the canyon, though visitors are free to explore the ledge as they please.

The opening of the new trail was postponed to January 2019 as construction was suspended due to the summer heat. Work will recommence in September.

A second phase of improvements starts later this year when the City of Page begins construction of a new parking lot.

The project, now in the design process, will include 310 parking stalls for cars and buses, with a potential of up to 130 additional stalls, according to Kim Johnson, the city's community development director. She said work is expected to be completed by spring 2019.

The plans also include the installation of three booths to facilitate fee collection, Johnson said. The amount has yet to be determined, though officials are considering $10 for cars, $50 per small or mid-size bus and $100 per large bus.

Revenue is expected to be split between the National Park Service and Page.

Tribe That Owns Grand Canyon Skywalk to Improve Airport Phoenix Man Falls to His Death Off Cliff at Glen Canyon Decades-Long Dispute Over Arizona Tribe's Water Rights May Soon Be Resolved
By posting comments, you agree to our
AZPM encourages comments, but comments that contain profanity, unrelated information, threats, libel, defamatory statements, obscenities, pornography or that violate the law are not allowed. Comments that promote commercial products or services are not allowed. Comments in violation of this policy will be removed. Continued posting of comments that violate this policy will result in the commenter being banned from the site.