Storms are predicted to be less frequent, though more intense in the area south and west of the Mogollon Rim. by Nicholas Gerbis, Arizona Science Desk Tweet 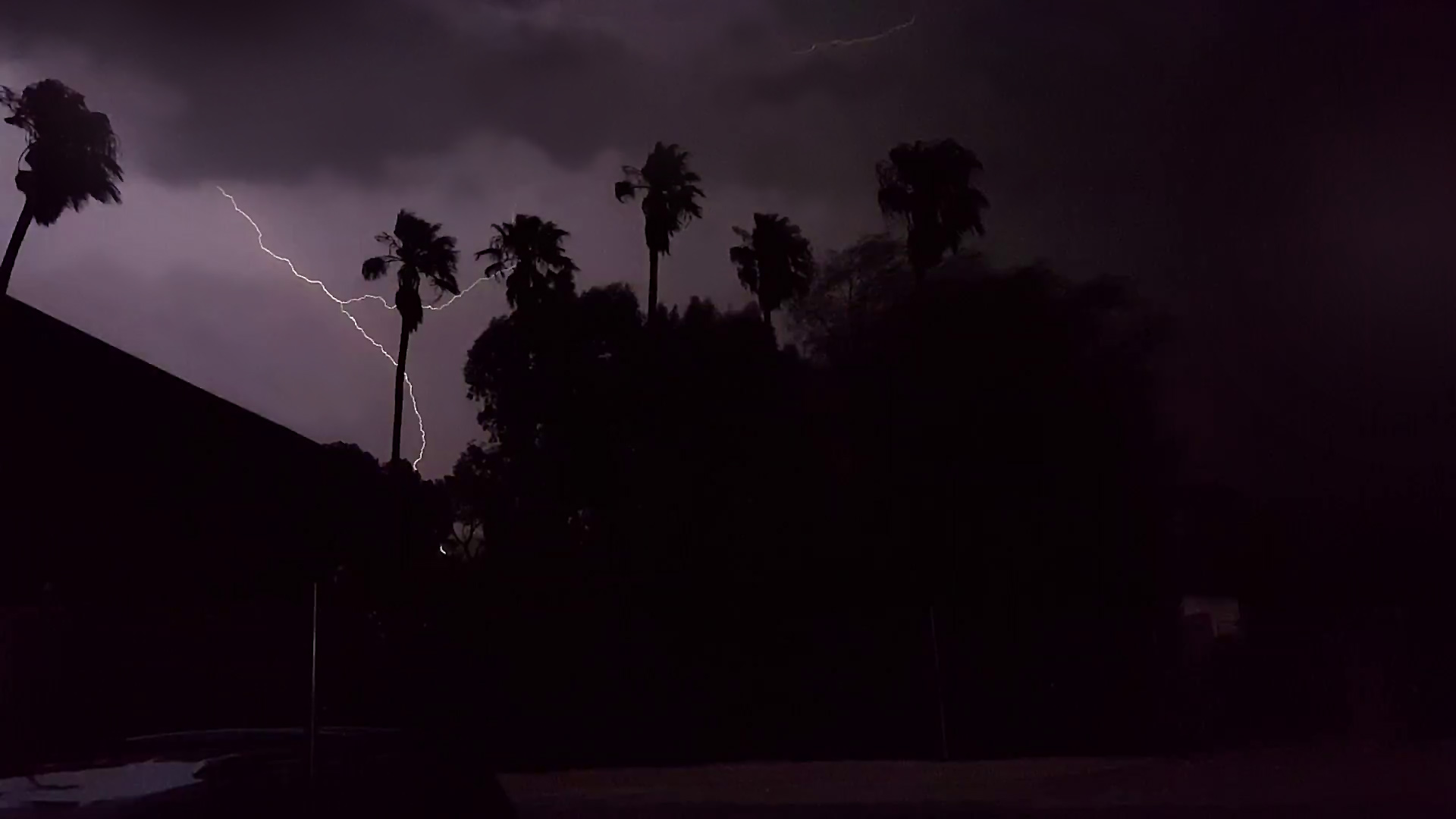 Lightning from a monsoon storm silhouettes palm trees against a dark sky. From July 2017.
AZPM Staff

The most extreme monsoon storms are growing more intense in central and southwestern Arizona, according to a study by the University of Arizona and the National Autonomous University of Mexico.

The area runs south and west of the Mogollon Rim and includes Phoenix but not Tucson.

“This is the part of the state where monsoon rainfall tends to be more infrequent,” said Christopher Castro, associate professor at University of Arizona’s Department of Hydrology and Atmospheric Sciences, who worked on the study.

The findings, which appeared in the July 3 early online edition of the Journal of Applied Meteorology and Climatology, conform to patterns expected under climate change conditions.

The Intergovernmental Panel on Climate Change (IPCC) Fifth Assessment Report predicts that subtropical arid to semi-arid regions will experience worsening heat and dryness under climate change. It also said that, because a higher mean temperature lets the atmosphere hold more moisture, these same areas will also see an increase in precipitation intensity and experience less frequent, but more extreme storms.

“Increases in precipitation intensity have been documented, both in the continental United States and worldwide,” Castro said. “And those increases have been attributed to human-caused climate change.”

Using computer climate models, the team looked at precursors of severe weather during monsoons in the American Southwest and estimated how they would be affected by climate change.

“We simulated days in which the meteorological conditions were suitable for severe weather — so, days with high atmospheric moisture and instability,” said Castro.

More intense monsoon storms can produce other effects besides boosted precipitation. Castro said that their model predicts that storms will also blast out more extreme downdrafts, which could worsen microbursts and dust storms.

“That’s interesting, because that sort of output we can only realize through the model simulation results.”

Large Pacific Storm Could Bring Heavy Rain to Southern Arizona Tucson Sets July Rainfall Record, 2nd-Highest Monthly Total Monsoon Downpours Usher in Weed Season
By posting comments, you agree to our
AZPM encourages comments, but comments that contain profanity, unrelated information, threats, libel, defamatory statements, obscenities, pornography or that violate the law are not allowed. Comments that promote commercial products or services are not allowed. Comments in violation of this policy will be removed. Continued posting of comments that violate this policy will result in the commenter being banned from the site.