The U.S. senator from Arizona says $30 million will be replaced in a future budget. by Steve Jess Tweet 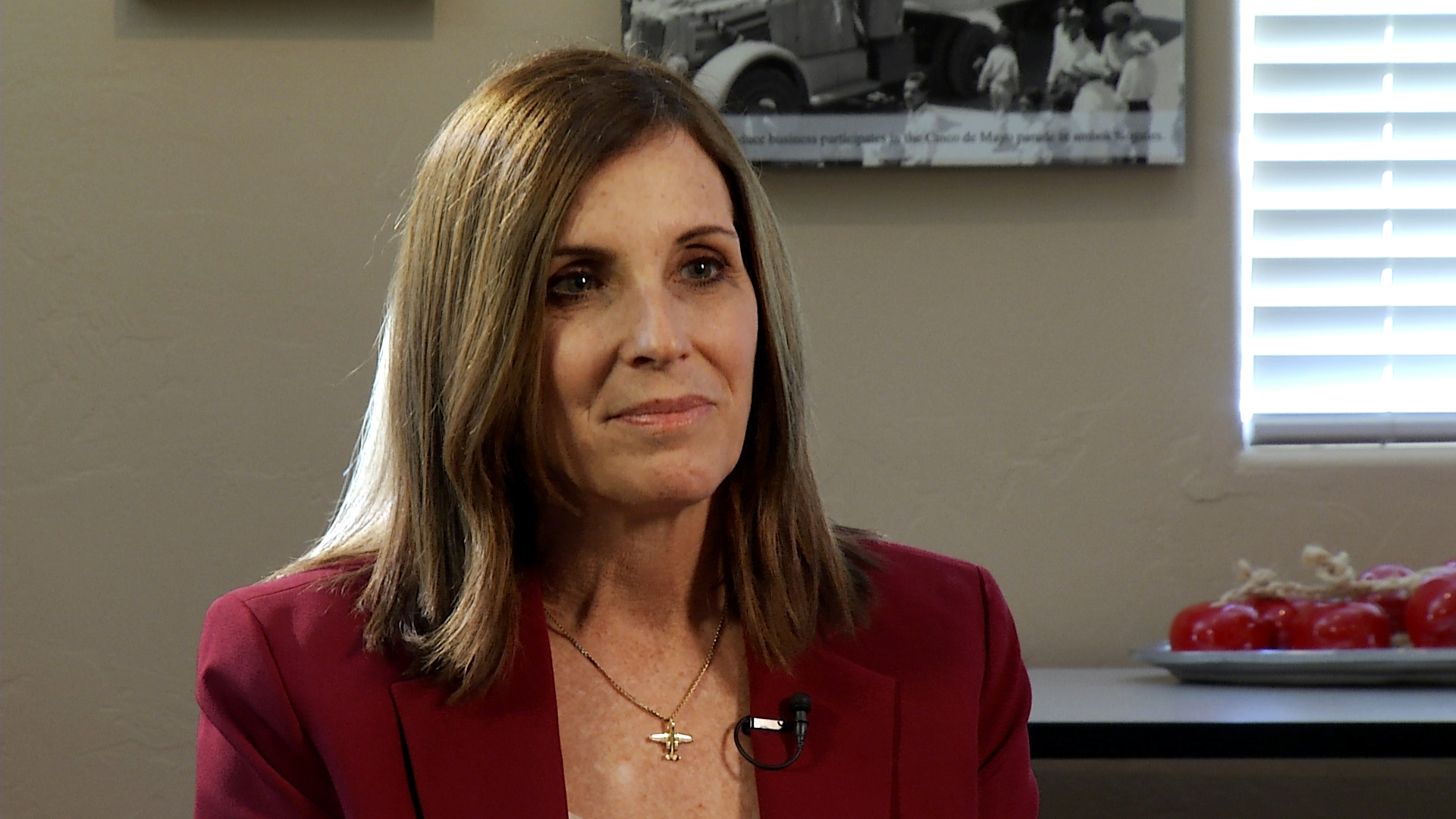 Sen. Marth McSally (R) during an interview with Arizona 360 at the Fresh Produce Association of the Americas in Nogales, Arizona on January 22, 2019.
AZPM Staff

U.S. Sen. Martha McSally chatted with 14,000 of her constituents on a "telephone town hall" Monday night.

The Republican senator from Arizona held court for nearly an hour, answering pre-screened questions from more than a dozen callers throughout the state. As in the past, she refrained from any criticism of President Donald Trump or his administration.

But one question came close: A caller from Phoenix wanted to know whether McSally would stand up to Trump's decision to divert $30 million from a Fort Huachuca construction project to build new sections of border wall. McSally said even before Trump diverted the money, the project had been delayed by an environmental cleanup, and she promised it would soon be back on track.

"So as we work through our Senate and House differences that funding will be seamlessly provided, and you know then we can move forward to make sure that we support our military and secure our border," McSally said.

McSally also defended the country's efforts to fight climate change, even though U.S. representatives mostly stayed out of Monday's UN climate change summit. She said America continues to reduce its carbon emissions, despite a report earlier this year claiming just the opposite is happening.

Fort Huachuca commander on the post’s mission Border Patrol Chief Carla Provost discusses the agency's challenges Fort Huachuca loses funding due to border wall redirect
By posting comments, you agree to our
AZPM encourages comments, but comments that contain profanity, unrelated information, threats, libel, defamatory statements, obscenities, pornography or that violate the law are not allowed. Comments that promote commercial products or services are not allowed. Comments in violation of this policy will be removed. Continued posting of comments that violate this policy will result in the commenter being banned from the site.