Junk on the road is no laughing matter 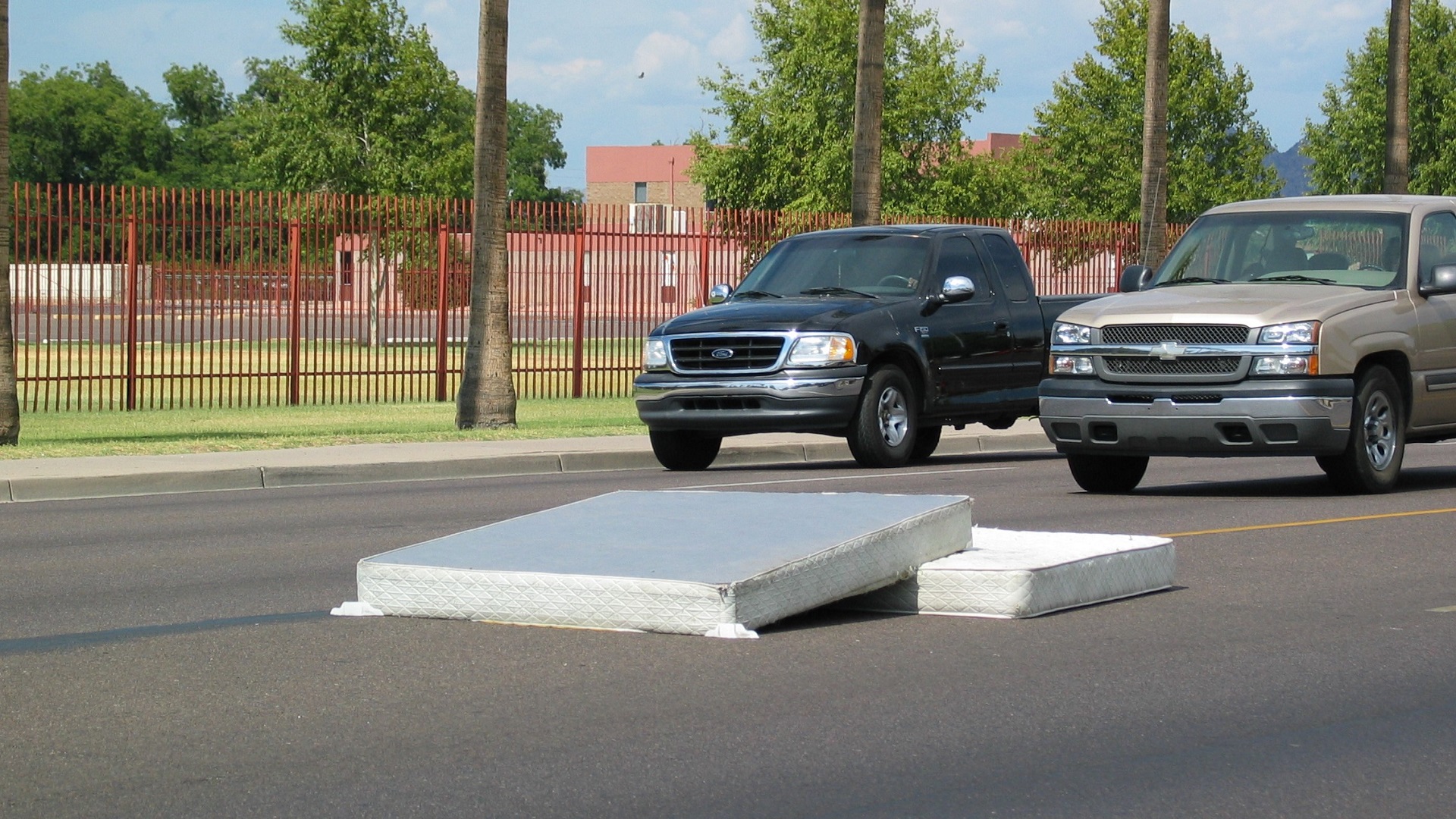 A mattress and box spring on Camelback Road in Phoenix.
Maricopa Association of Governments

Sometimes seeing a piece of furniture on the side of the road makes for a good laugh, but Arizona transportation officials say the problem of roadway debris is deadly serious.

For Paul Reif of Gilbert, removing random junk on the highway is personal.

"To me, it became a journey to try to make it a safe place, and I've been working hard on it," Reif said.

Reif's son, Matthew, was killed on June 6, 2006, by a piece of scrap metal that pierced the windshield of his car. Since then Paul and his wife, Toby, have been working to rid the state's highways of deadly debris, and this year the state transportation department declared the anniversary of their son's death "Secure Your Load" Day.

When you're hauling refuse to the county dump or moving your stuff into a new apartment, tying down your load means you'll arrive with everything intact, and you might save a life in the process.

"Whether you see a hammer on the road or you see a dresser drawer on the road, it doesn't matter, because my son was killed by a piece of metal that was only a foot long and 2 inches wide," Reif said.

ADOT encourages people to call 911 to report debris on the highway, even if they are driving. Reporting a hazard is one of the few cases when it's legal to use your cell phone behind the wheel.

Pima Association of Governments Asking for Feedback on Road Projects County Officials Look to General Fund to Fix Roads After Failed Prop Trees, Large Plants on I-19 Will Be Cleared as Safety Measure
By posting comments, you agree to our
AZPM encourages comments, but comments that contain profanity, unrelated information, threats, libel, defamatory statements, obscenities, pornography or that violate the law are not allowed. Comments that promote commercial products or services are not allowed. Comments in violation of this policy will be removed. Continued posting of comments that violate this policy will result in the commenter being banned from the site.