The agency says aggressive spending cutbacks have allowed it to stave off a plan furlough more than 13,000 employees. by Alisa Reznick Tweet 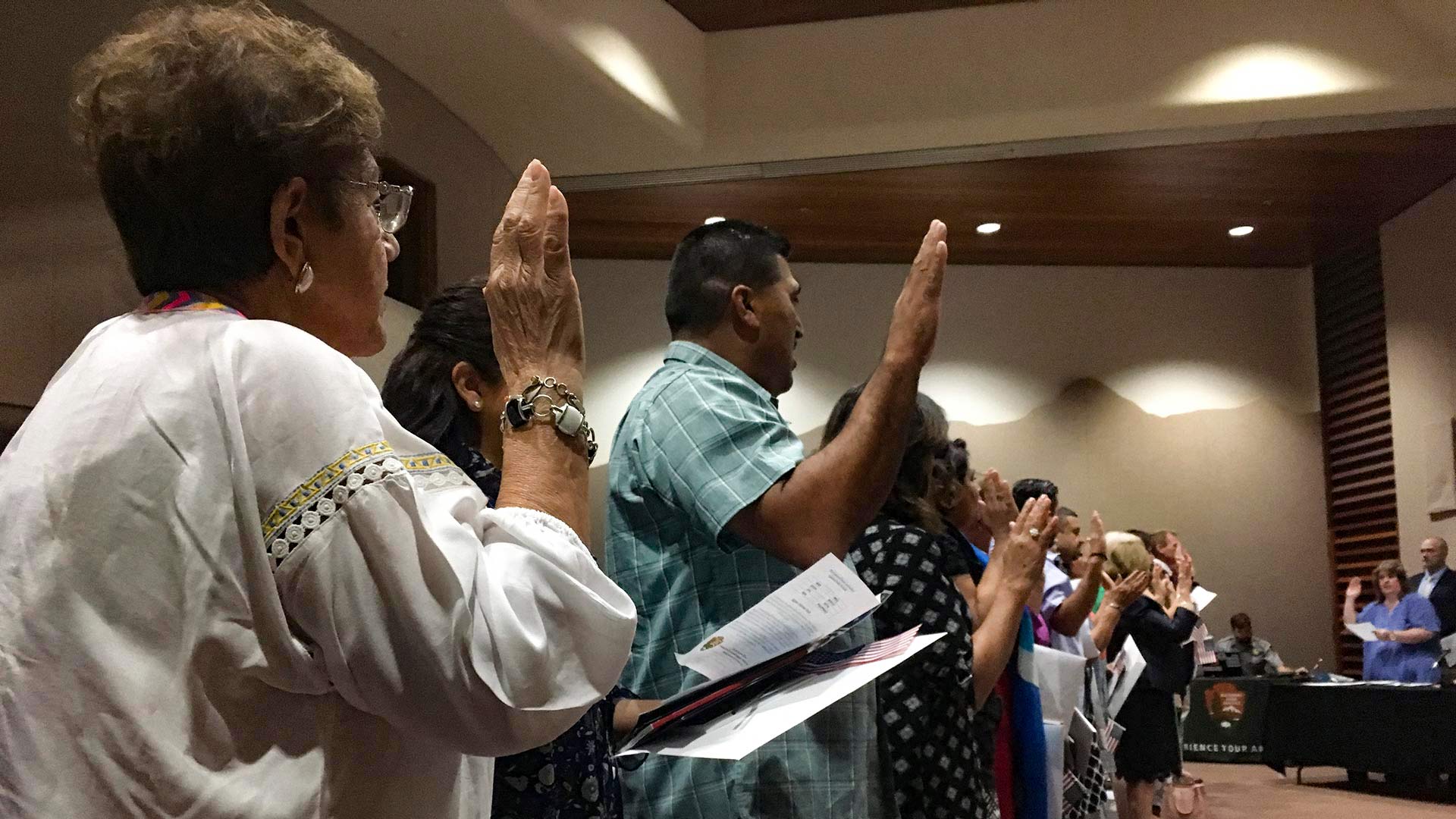 A series of agency-wide staff furloughs slated to start Aug. 30 at U.S. Citizenship and Immigration Services (USCIS) will no longer take place as planned.

In a press release this week, the agency said it had averted furloughs for over 13,000 employees — almost two-thirds of its staff — with aggressive spending cutbacks.

Unlike other federal agencies, USCIS is largely supported by the fees it charges for various immigration procedures. The furloughs were in response to what the agency says is a $1.2 billion funding shortfall caused by a drastic slowdown of those procedures amid the COVID-19 pandemic.

In the release, USCIS Deputy Director for Policy Joseph Edlow said furloughs were offset through the end of the agency's fiscal year on September 30, but it still needed additional support.

"Averting this furlough comes at a severe operational cost that will increase backlogs and wait times across the board, with no guarantee we can avoid future furloughs. A return to normal operating procedures requires congressional intervention to sustain the agency through fiscal year 2021," Edlow said in the statement.

In May, the agency asked Congress to help fill the funding gap. Ron Barber, who serves as the district director for Arizona Rep. Ann Kirkpatrick, said lawmakers have been pressing the agency on budget specifics.

"They have miraculously found money which will allow them to postpone the planned furloughs until the end of the fiscal year," he said.

On Saturday, House representatives unanimously passed an emergency funding bill to keep the agency afloat. Barber said the bill also has a good chance in the Senate.

USCIS is already raising the fee it charges for naturalization and other immigration procedures.

The release said to avoid furloughs, the agency had to scale back on federal contracts that help with processing, preparing case files and answering questions. As a result, an already-backlogged immigration system would face further delays. The agency said that's why Congress would need to help find a long-term funding solution.

Greater scrutiny on fraudulent unemployment claims in Arizona Fact Check AZ: Ep. 6 Voting Machines and election integrity The Buzz: UA students talk about the events leading to their professor's death
By posting comments, you agree to our
AZPM encourages comments, but comments that contain profanity, unrelated information, threats, libel, defamatory statements, obscenities, pornography or that violate the law are not allowed. Comments that promote commercial products or services are not allowed. Comments in violation of this policy will be removed. Continued posting of comments that violate this policy will result in the commenter being banned from the site.