A letter calls on the state to look into a border wall subcontractor and documentation around cacti impacted by construction. by Emma Gibson TWEET SHARE 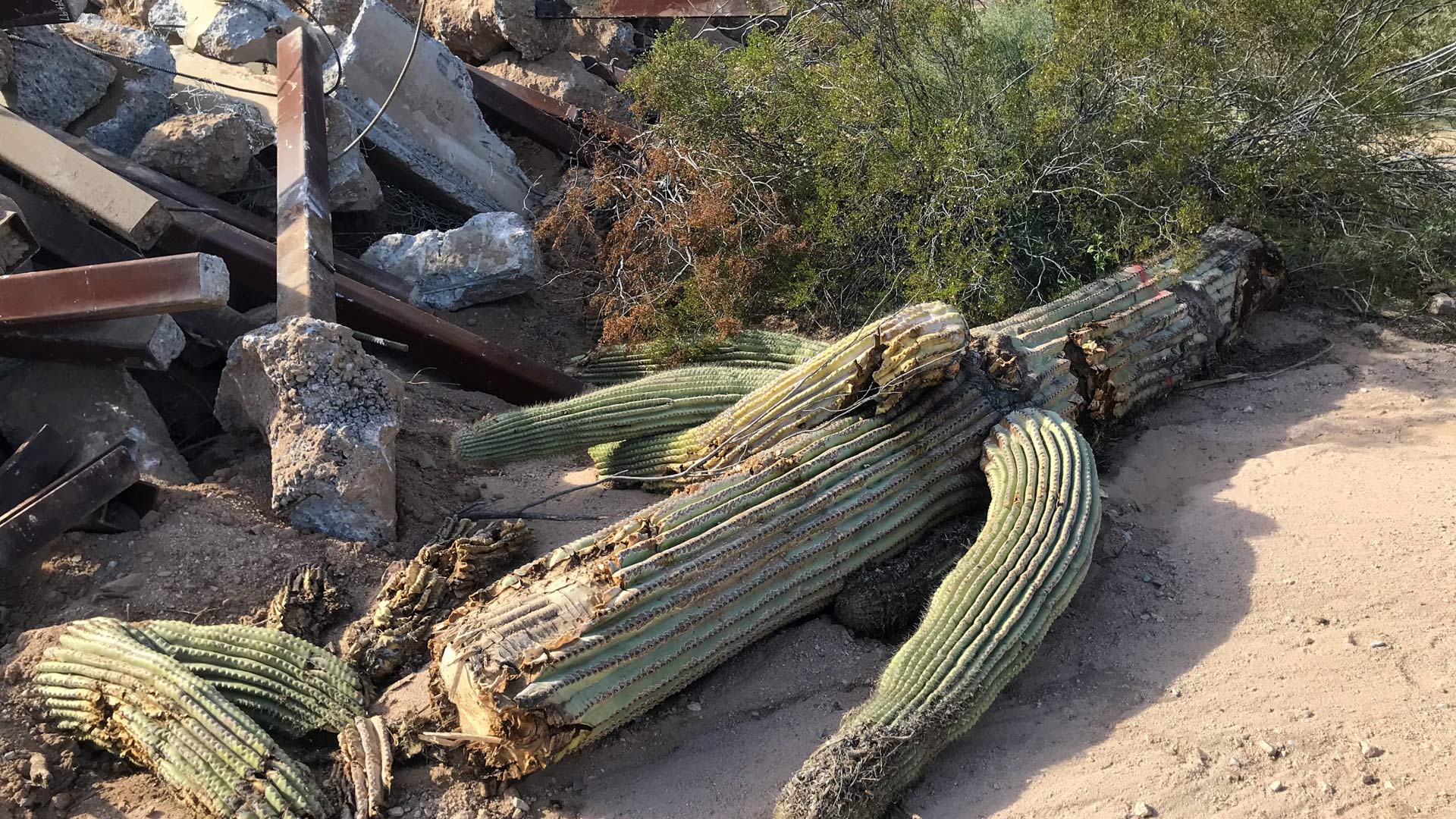 Leaders from conservation groups to local botanical gardens have sent a letter to state agencies requesting an investigation into what they say is the attempted illegal sale of saguaro cacti from an area bulldozed to build a section of border wall near Organ Pipe Cactus National Monument.

The signers, who represent the Center for Biological Diversity, Arizona-Sonora Desert Museum and others, sent the letter to the Arizona Department of Agriculture and state Attorney General Mark Brnovich, Monday, May 25. The letter points to Southwest Cactus LLC, which they say is a subcontractor of Southwest Valley Constructors, the contractor building a portion of the wall in Arizona.

Kevin Dahl, the Arizona senior program manager at National Parks Conservation Association, said it is the state’s responsibility to make sure Arizona’s native plants law isn’t being broken outside of the 60-foot strip of federal land along the border called the Roosevelt Reservation.

The letter alleges on Oct. 17, 2019, three Southwest Cactus LLC employees came to the Three Nations Market in Ajo, Arizona, and tried to sell saguaro pieces from the Roosevelt Reservation to others at the market, offering "as many cacti as they want." A handful of people documented their interactions with the workers, according to the letter.

Dahl said they reported the incident at the time but never heard back from the state about whether an investigation was launched. He said if one were started, all of the testimonies collected would be made available to the state Department of Agriculture.

Along the border many federal and state laws have been waved to accelerate the wall’s building process, so the destruction of native plants on the Roosevelt Reservation isn’t being challenged in this letter. In question is the legality of transporting or selling cacti from federal lands throughout Arizona.

For the majority of Arizonans who want to remove and replant saguaro, they must purchase a permit, plant tag and seal from the Department of Agriculture before removing it. The tag and seal must be affixed to the cactus before removal and remain until it is replanted at its new location.

“But what we don’t want is — at a construction site — people just tearing them apart and destroying them or moving them and selling them without first obtaining these permits,” Dahl said.

Dahl said they’re requesting the state confirm if the Southwest Valley Constructors or its subcontractors had such documentation when moving damaged or uprooted saguaro on public highways, and whether they were legally allowed to attempt the sale of cacti. They’re also asking for proof of legal sales or donations of live cacti from this area of Organ Pipe Cactus National Monument or Cabeza Prieta National Wildlife Refuge to other locations.

Saguaros destroyed at national park TPD Chief Chris Magnus to be nominated to lead Customs and Border Protection House subcommittee discusses bill trying to save Oak Flat
By posting comments, you agree to our
AZPM encourages comments, but comments that contain profanity, unrelated information, threats, libel, defamatory statements, obscenities, pornography or that violate the law are not allowed. Comments that promote commercial products or services are not allowed. Comments in violation of this policy will be removed. Continued posting of comments that violate this policy will result in the commenter being banned from the site.