U.S. Immigration: The View From Mexico and Guatemala

In search of perspectives from outside the U.S. on the current state of immigration at our southern border. by Ariana Brocious TWEET SHARE 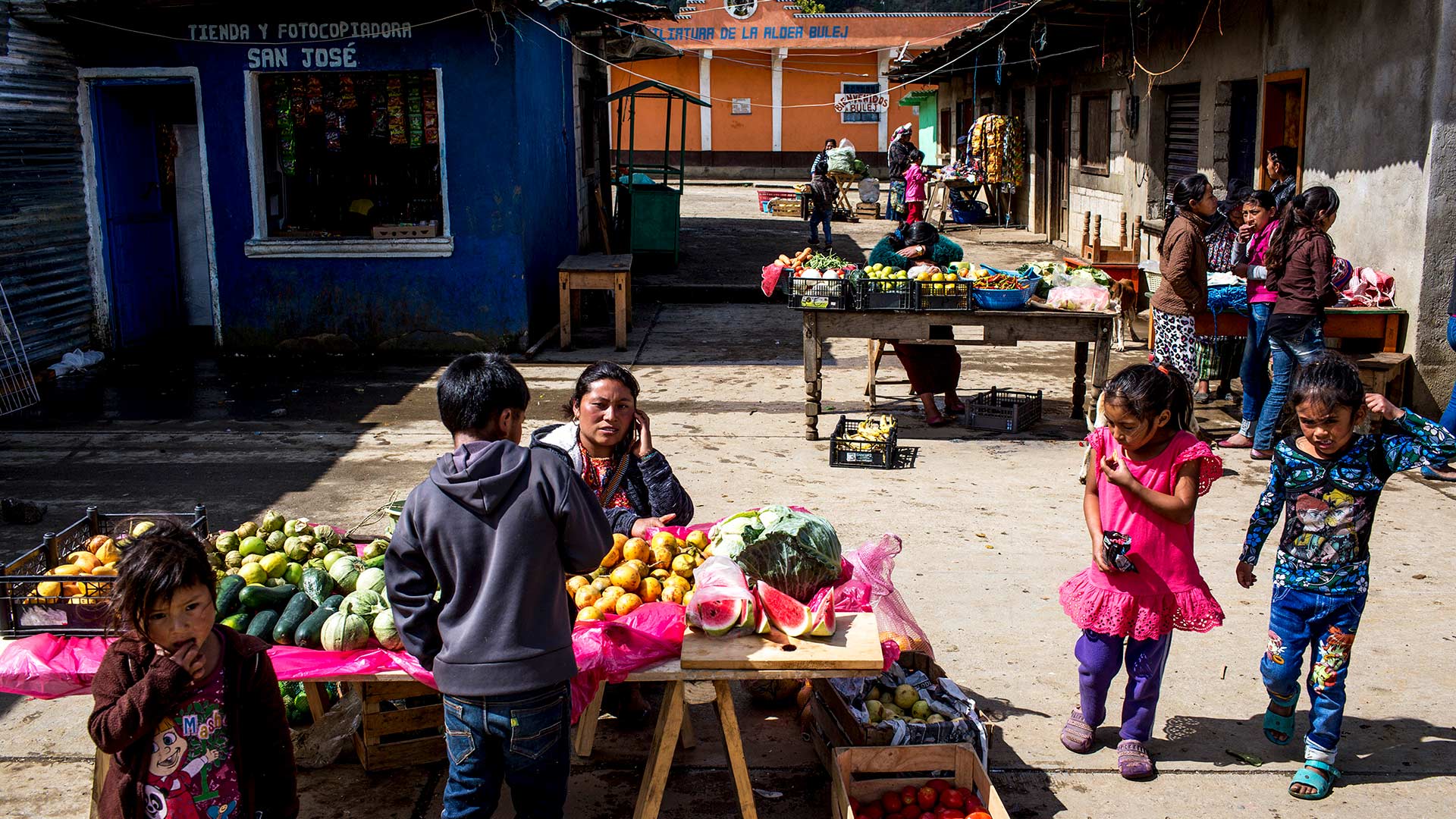 A market in Bulej, in the western highlands of Guatemala. Bulej is among communities that have seen a new pattern of migration: parents traveling with younger children.
Simone Dalmasso

U.S. Border Patrol sectors are reporting they are overwhelmed by the current numbers of families and small children arriving at the southern border. With processing centers filled to capacity, they’ve begun releasing asylum seekers into the communities in states including Arizona or are sending them back across the border to await their asylum hearings in Mexico.

While reports about walls, razor wire and detention centers continue to top the news, they are only part of the story of the current immigration narrative. This week The Buzz brings different perspectives to the conversation.

Many of those trying to cross the border now come from Central America, fleeing countries like Honduras and Guatemala. They make the weekslong trip through Mexico to get to the U.S. border. The Buzz talked with Jorge Valencia, a reporter based in Mexico City for KJZZ’s Fronteras Desk, to understand how Mexico has been handling this through-migration and how new President Andrés Manuel López Obrador has reacted to President Donald Trump’s hardline immigration stance and rhetoric.

Since October 2016, more than 660,000 families and minors traveling alone have turned themselves in to Border Patrol agents along the Southwest border. More than 100,000 others have presented themselves at ports of entry in just the last two years.

About 40 percent of them are from Guatemala.

Arizona Daily Star reporter Perla Trevizo recently traveled to Guatemala to gain some perspective on what is happening there, and joined The Buzz to talk about her reporting.

Her story will appear in the Star in the coming weeks.

At the University of Arizona, faculty from across the institution are working together to understand cross-border migration and how it impacts communities. The Buzz talked with Anna Ochoa O’Leary, co-director of the Binational Migration Institute, about historical migration trends, what has changed, and where we stand on national policy solutions.

The Buzz airs Fridays at 8:30 a.m. and 6 p.m. and Saturdays at 3:30 p.m. on NPR 89.1. You can subscribe to our podcast on iTunes and NPR One. See more from The Buzz.
SUBSCRIBE TO PODCAST
MORE: Border, Immigration, Mexico, News, The Buzz

UA Researcher: No Public Health Risk Presented by Immigration Surge Making Tucson's Streets Safer for Everyone Number of Mexicans granted work visas in the U.S. increases
By posting comments, you agree to our
AZPM encourages comments, but comments that contain profanity, unrelated information, threats, libel, defamatory statements, obscenities, pornography or that violate the law are not allowed. Comments that promote commercial products or services are not allowed. Comments in violation of this policy will be removed. Continued posting of comments that violate this policy will result in the commenter being banned from the site.