× CORONAVIRUS: The latest coverage and local resources regarding COVID-19 from the Arizona Public Media newsroom.
January 1, 2019

The agency is collaborating with 11 tribes in advance of the park's centennial next year. by Laurel Morales, Fronteras Desk TWEET SHARE 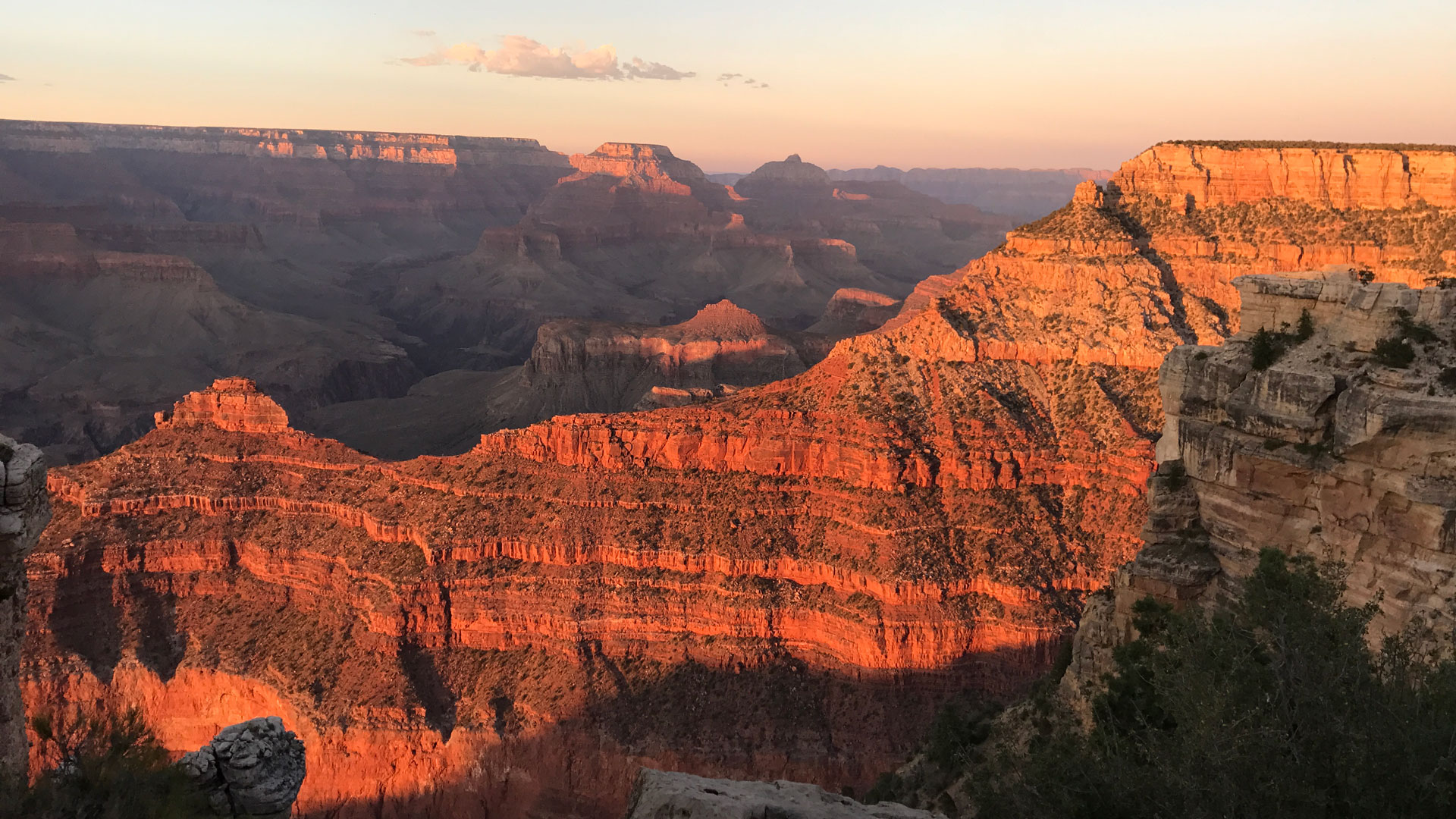 Grand Canyon National Park is one of the most visited national parks in the nation.
Tony Paniagua, AZPM

The Grand Canyon sprawls across 1,902 square miles of northern Arizona. Over millions of years a river carved out a many-layered geologic wonder that has inspired poets to dream and scientists to ponder. Most of us are lucky to visit once or twice in a lifetime. But for several Native Americans the Grand Canyon is the place they have called home.

"Most Americans think Native Americans are gone but we're still here," said Carletta Tilousi, a Havasupai council member who grew up in the Grand Canyon. "I'd like them to know that this was a home — is the home — of Native Americans and our stories need to be told."

In the late 1800s the federal government sequestered the Havasupai to a side canyon until 1975 when they were given back some of their ancestral land.

"It's been a really long, bitter relationship with the park," Tilousi said. "The park forcefully removed my family — my great aunts and my great grandfather. And that really made me personally very angry as a child." 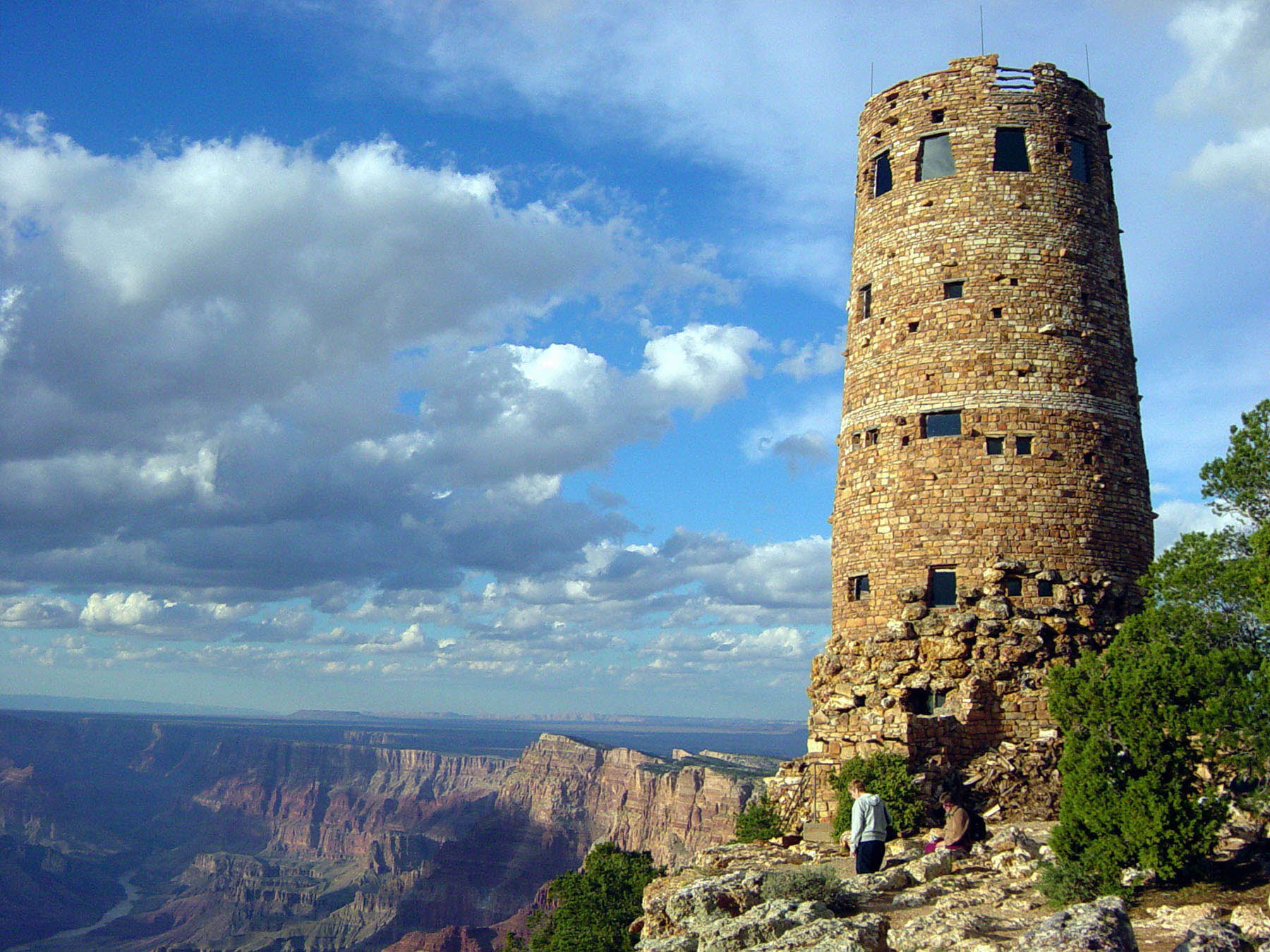 Today the National Park Service is required to consult with tribes when making changes that might have an impact on their land or their people.

Grand Canyon National Park celebrates its centennial next year. To mark the occasion the National Park Service is working with 11 traditionally associated tribes to tell their stories

"I think Havasupai, we've been ignored for a long time and not given the opportunity to voice our concerns on lands that were occupied by our family members," Tilousi said.

Only in the last decade has Tilousi been willing to sit down with park staff. In those meetings tribal leaders have asked the park for an opportunity to tell their stories. 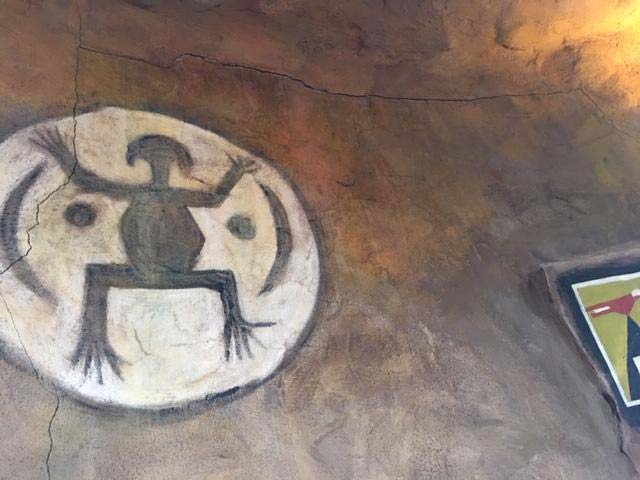 VIEW LARGER The Desert View Watchtower is made of steel, cement and stone. As temperatures fluctuate the steel contracts and expands and masonry stays where it is and cracks. The park has hired conservators to ameliorate the issue.
Laurel Morales, Fronteras Desk

"What is really forward thinking, I feel about this project, is the way that the relationship is changing," said Jenn O'Neill, the park's partnerships and planning coordinator. "Recent superintendents have used those other authorities available to them to change the conversation to do more listening and less speaking and to really build the trust. I mean this whole project is propped up on trust that we will do what we say we will do."

In addition to providing a venue to tell their own stories, the park also wanted to preserve the existing cultural heritage, including Hopi artist Fred Kabotie's murals inside the Desert View watchtower. Architect Mary Colter modeled the watchtower after the ancestral Puebloan buildings.

"Every time I come in here I see something new that I never saw before," O'Neill said.

O'Neill said with the help of a grant they were able to hire conservators to clean the murals.

"They have spent the last three years cleaning with Q-tips and brushes every square inch of the murals," O'Neill said.

O'Neill is hopeful once the intertribal cultural heritage program is up and running that the rest of the park will follow suit.

"We don't want to dispatch all things Native to the farthest corner of the park," O'Neill said. "We want to create a program that works and is sustainable and then it will move into the larger park."

So there's more of a Native American presence throughout. 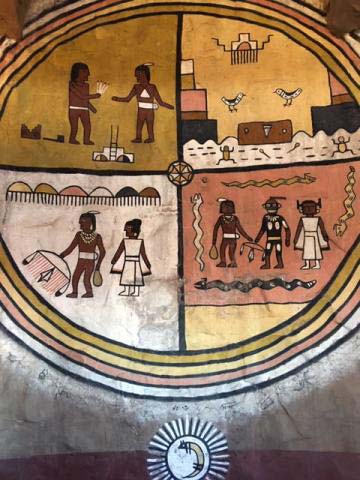 "We actually are going to have a voice in the Grand Canyon again, and that's one of the things I like about this heritage site," Mable Franklin said.

Franklin, who is Navajo, sees the heritage site as a positive step. But she'd like to see more. Currently the park only lets Native artists sell their artwork under strict regulations. Artists are limited to just selling crafts they've shown visitors how to create in cultural demonstrations.

"We would like to see our communities put their wares and generate revenue from that because in our community we have a lot of people that are vendors and that's their way of life and that sustains them out here," Franklin said.

For now, Franklin hopes the 6 million annual visitors to Grand Canyon will consider taking a side trip to Cameron Trading Post just 30 miles east on the Navajo Nation, where artists can earn a living selling their work.

Chiricahua National Monument Closes to Visitors Navajo Nation reports 237 new COVID-19 cases, 22 more deaths Land swap of Oak Flat due to start Friday
By posting comments, you agree to our
AZPM encourages comments, but comments that contain profanity, unrelated information, threats, libel, defamatory statements, obscenities, pornography or that violate the law are not allowed. Comments that promote commercial products or services are not allowed. Comments in violation of this policy will be removed. Continued posting of comments that violate this policy will result in the commenter being banned from the site.