Martin Lopez had worked 11 months as corrections officer and was on probationary status. by Steve Jess Tweet 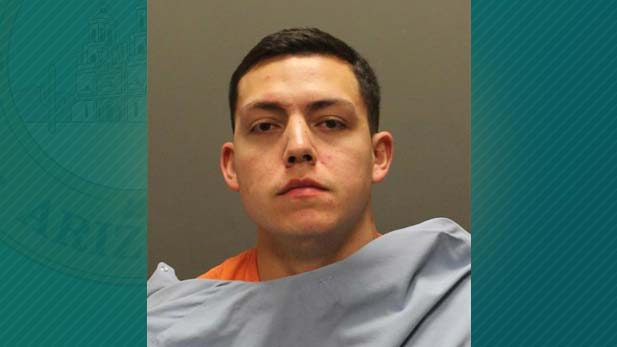 A Pima County Corrections officer faces charges that he smuggled narcotics into the county jail.

Martin Lopez, 27, was arrested Wednesday night on charges of Transportation of Narcotics and Promoting Prison Contraband. Lopez has worked as a corrections officer for 11 months and was still on probationary status.

It took five days, until Monday afternoon, for the department to inform the public of the arrest. Sheriff's spokesman Deputy James Allerton declined to detail what drugs Lopez allegedly smuggled, or whether a wider ring is suspected, but he did say this kind of arrest is the exception in Pima County.

"We're very proud of our corrections officers. We have, as I said, approximately 420 others that do a good job and work hard everyday, and this is not something that is normal or usual at our jail," Allerton said.

Allerton said three other corrections officers were recently fired. They were all on probation and their discipline was unrelated to this case. Lopez was arrested after a week-long investigation based on a tip to the Sheriff's Office of Professional Standards.

Sinaloan Grenade Smuggler Sentenced New judge to preside in case over inmate care in Arizona Mental Health Key to Reducing Pima County Jail Population
By posting comments, you agree to our
AZPM encourages comments, but comments that contain profanity, unrelated information, threats, libel, defamatory statements, obscenities, pornography or that violate the law are not allowed. Comments that promote commercial products or services are not allowed. Comments in violation of this policy will be removed. Continued posting of comments that violate this policy will result in the commenter being banned from the site.