16 Immigrants Rescued by Tucson Border Patrol in Past Week

Record heat has forced CBP to transfer resources to desert between Yuma and Tucson. by Nancy Montoya Tweet 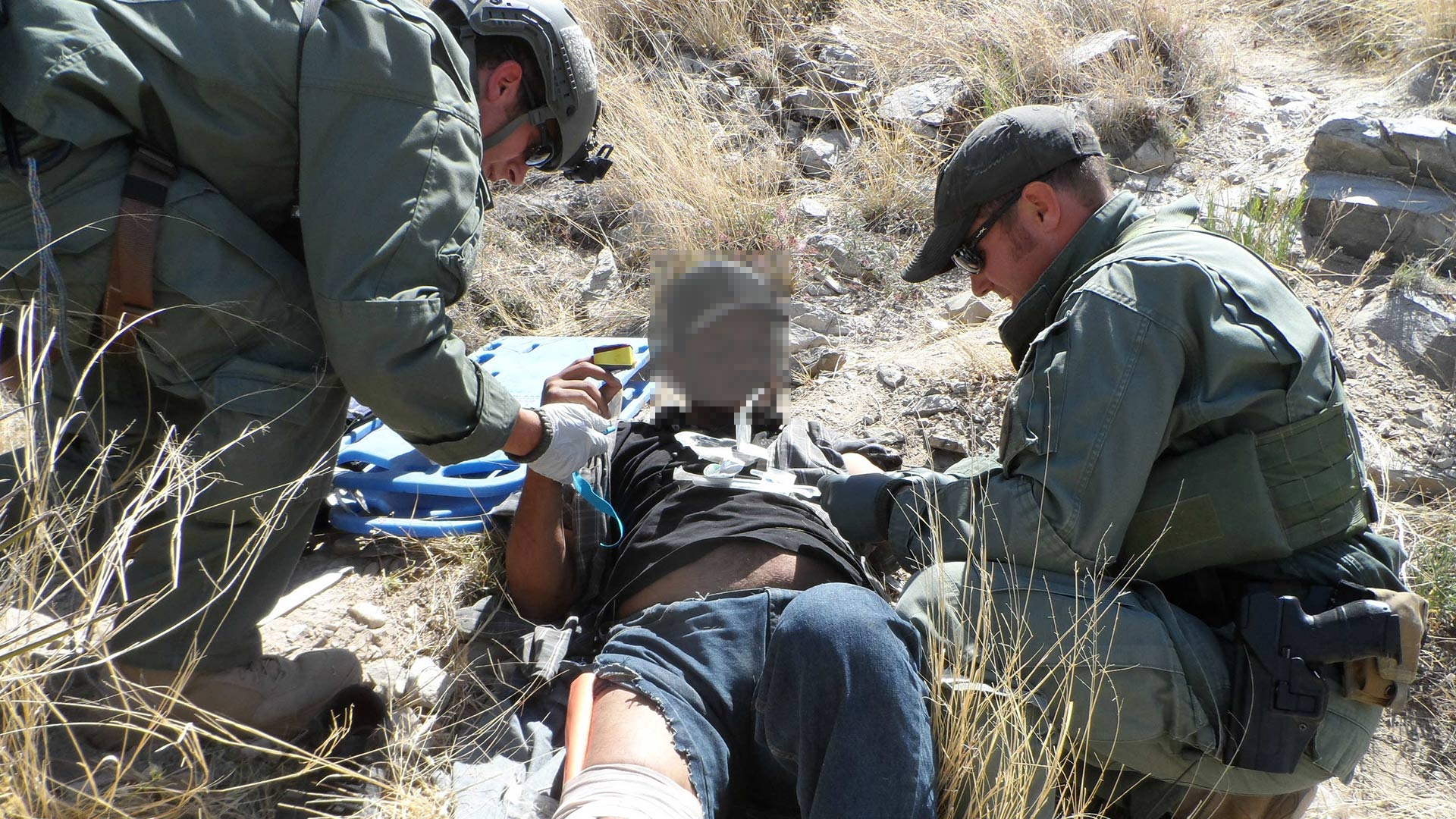 In the past week, the Tucson Sector of Border Patrol has rescued 16 immigrants.

Most of the rescues were in the west desert region between Tucson and Yuma. Customs and Border Protection reports they have transferred resources to that area to help with rescue efforts.

Most of the immigrants were able to call 911 or triggered a rescue beacon that goes directly to Border Patrol. Most of the time, those trying to cross the border illegally try to stay as far away from border patrol agents as possible.

CBP spokesman Christopher Sullivan said an immigrant calling for help will be detailed and processed. The alternative, he said, could be much worse.

Sullivan said there are 200 certified EMT Border Patrol agents in the Tucson sector who are trained to do emergency care for those they encounter struggling with the heat.

Sullivan said, in an emergency, saving an immigrant’s life is priority No. 1, but once stabilized, they will be detained and processed through the immigration process. If found to be in the country illegally they will either be deported or prosecuted.

Volunteers, Migrants Find a Way Over Language Barrier Union: Murdered Border Patrol Agent In Texas Had Been Assaulted Border Officials Praise Technology, Ask for More
By posting comments, you agree to our
AZPM encourages comments, but comments that contain profanity, unrelated information, threats, libel, defamatory statements, obscenities, pornography or that violate the law are not allowed. Comments that promote commercial products or services are not allowed. Comments in violation of this policy will be removed. Continued posting of comments that violate this policy will result in the commenter being banned from the site.