Some asylum seekers who have passed through Tucson's Benedictine Monastery are speakers of indigenous languages. by Nancy Montoya TWEET SHARE 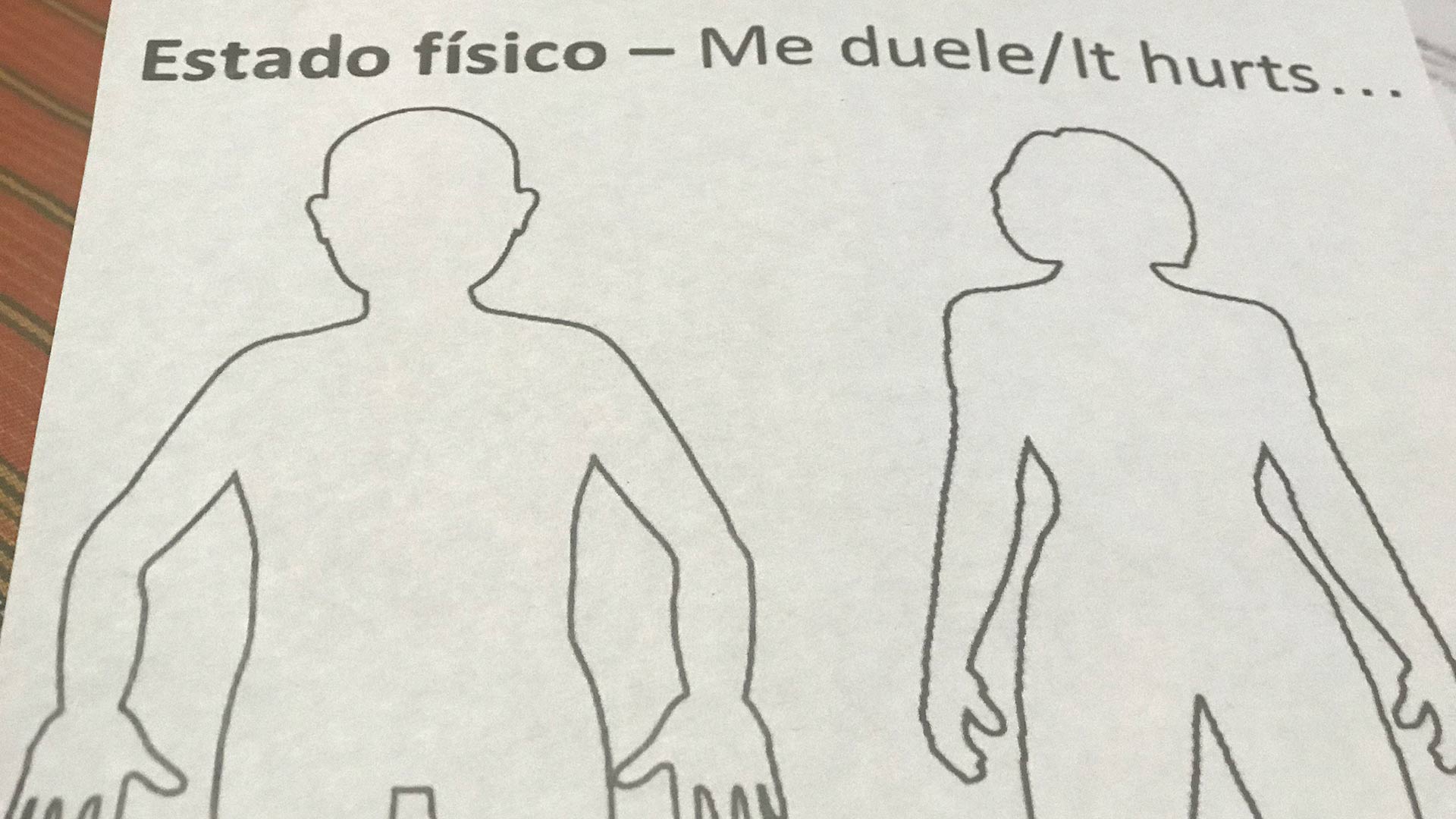 Spanish is the official language of Guatemala, so it's easy for Spanish-speaking volunteers processing migrant asylum seekers coming to Tucson's Benedictine Monastery from that Central American country.

But for a small percentage of Guatemalan people — Spanish may be as foreign to them as English. They speak and understand their own indigenous languages.

Ali Hofer from Catholic Community Services says there are 24 different indigenous languages spoken by Guatemala migrants. Volunteer doctors and nurses were stymied. All the latest medical technology could not overcome the language barrier. 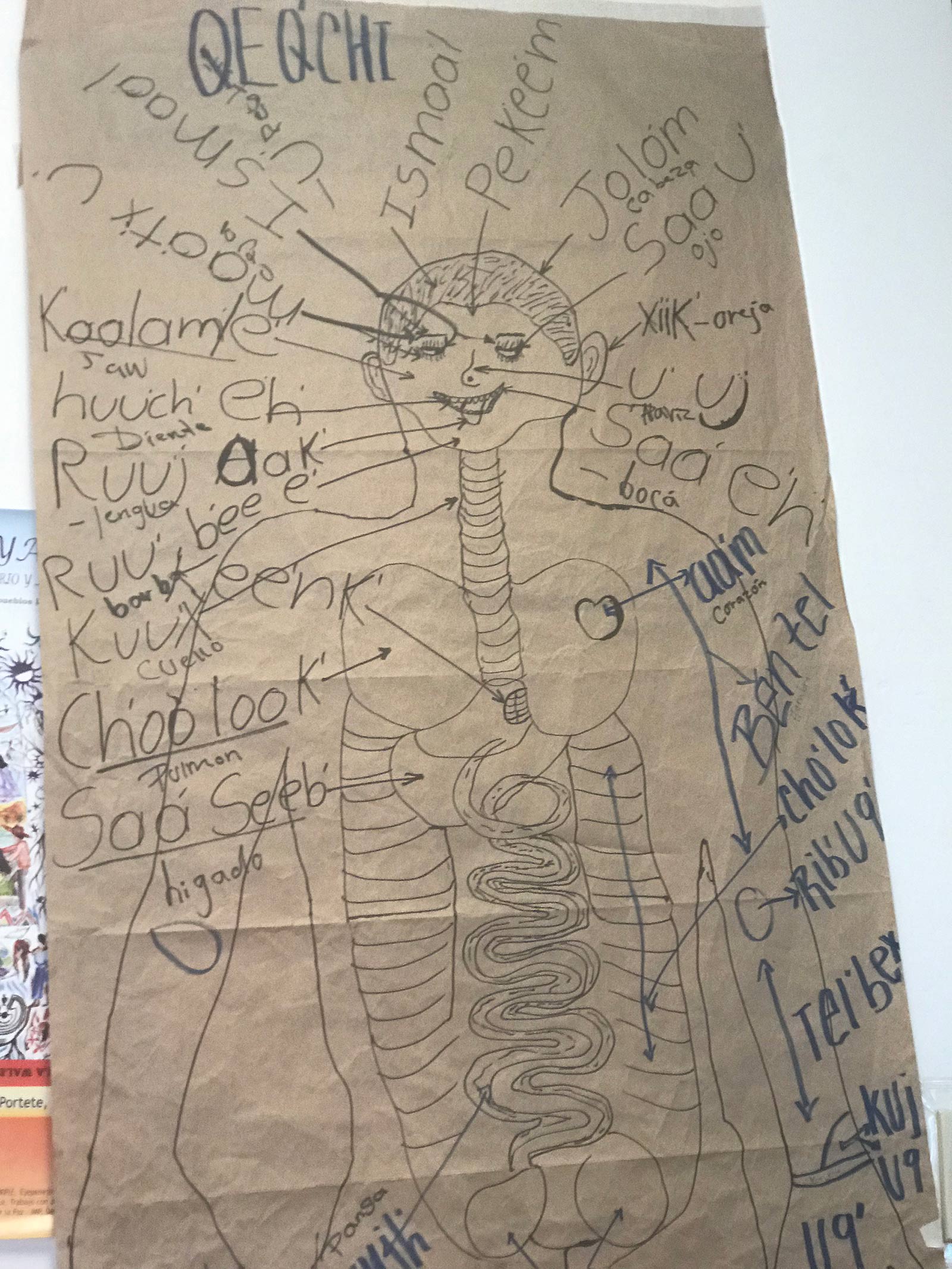 So one doctor drew a 6-foot-high picture of a man and woman, then got people to point to parts of the body. They would say it and then write the names on the picture.

"Those were translated by guests that we had here who speak those languages," says Hofer. "It is for the benefit of future families that come through and it's a way for our medical team to work with the ones that don't speak Spanish."

It started with one life-size drawing. At last count, there are now eight huge anatomic drawings covering an entire 15-foot wall. It is a low-tech solution that works.

Workers at Mexico Border Shelters Worry About Rising Illness Among Migrants Nogales Border Patrol Increasing Penalty for First-Time Undocumented Immigrants 16 Immigrants Rescued by Tucson Border Patrol in Past Week
By posting comments, you agree to our
AZPM encourages comments, but comments that contain profanity, unrelated information, threats, libel, defamatory statements, obscenities, pornography or that violate the law are not allowed. Comments that promote commercial products or services are not allowed. Comments in violation of this policy will be removed. Continued posting of comments that violate this policy will result in the commenter being banned from the site.