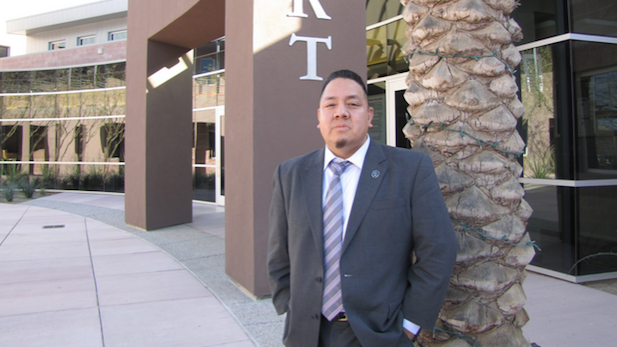 The Pascua Yaqui tribe has begun prosecuting crimes against women on its Tucson area reservation, even if the suspects are non-native.

Until recently, tribal officers could do no more with non-native domestic violence suspects than drive them to the edge of the reservation and drop them off.

That changed in 2013 when Congress passed the Violence Against Women Reauthorization Act. That gave tribes the authority to prosecute some non-natives in tribal court and sentence them to as many as nine years in jail.

Without the law, tribal law enforcement authorities said they were helpless. 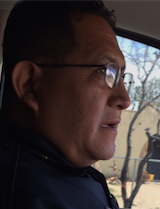 "You’re kind of powerless," Pascua Yaqui Police Chief Michael Valenzuela said. "You can still physically do your job. You can go there and you can detain them, you can hold them, go through the procedures. But at the end of the day, you have to let them go."

The reservation just outside Tucson has been plagued by domestic violence, and many cases involve people from outside the tribe.

Police officer Canada Valenzuela, who has become an advocate for victims, said she was disheartened by the tribe's inability to prosecute, to the point that she couldn’t look victims in the eye.

"We would always hear ‘Why can’t you guys arrest him?’ ‘Why is he getting away with it?’ ‘You know he’s just going to come back. He knows you guys can’t do nothing,'" she said.

Canada Valenzuela said when children see that their father or another man hits their mother and gets away with it, it sends the wrong message.

"There’s some, especially the boys, who say, ‘Well he’s just going to come back, and she’s going to get what she deserves.’ No," she said.

In 1978 the U.S. Supreme Court stripped tribal authority over non-natives, with Justice William Rehnquist writing that non-natives were “aliens” to the reservation. They didn’t vote or live there, so they couldn’t be tried there.

"It was always a red herring for me because if you’re a New Yorker and you commit a crime in California, California doesn’t ask if you’re registered to vote there or if you live there or reside or have connections there" Stoof said. "You’re subject to the criminal jurisdiction of California."

The U.S. attorney’s office has jurisdiction in Indian Country, if the violence is severe. But it declines one-third of all cases presented, tribal officials said.

Pascua Yaqui Attorney General Fred Urbina said the new law is having a great impact, but it is not enough. It only protects women from their husbands or boyfriends, not from strangers, and it doesn’t include children.

"In 19 of our cases, we had 18 children involved, the average age being around 4 years old," Urbina said. "Some of them were assaulted. A lot of times it was the children that were calling to report these domestic violence incidents."

The Justice Department chose the Pascua Yaqui Tribe to pilot the program because it has state-certified judges and lawyers and a new courthouse and jail.

Pascua Yaqui Voters to Cast Ballots for Tribal Council Arizona sees boost in revenue from tribal casinos Brnovich says City of Tucson can’t require COVID-19 vaccines
By posting comments, you agree to our
AZPM encourages comments, but comments that contain profanity, unrelated information, threats, libel, defamatory statements, obscenities, pornography or that violate the law are not allowed. Comments that promote commercial products or services are not allowed. Comments in violation of this policy will be removed. Continued posting of comments that violate this policy will result in the commenter being banned from the site.