× CORONAVIRUS: The latest coverage and local resources regarding COVID-19 from the Arizona Public Media newsroom.
September 8, 2020

The order said plaintiffs in the case had raised "serious questions" about the bureau's plan to stop counting. by MacKenzie Belley/Cronkite News TWEET SHARE 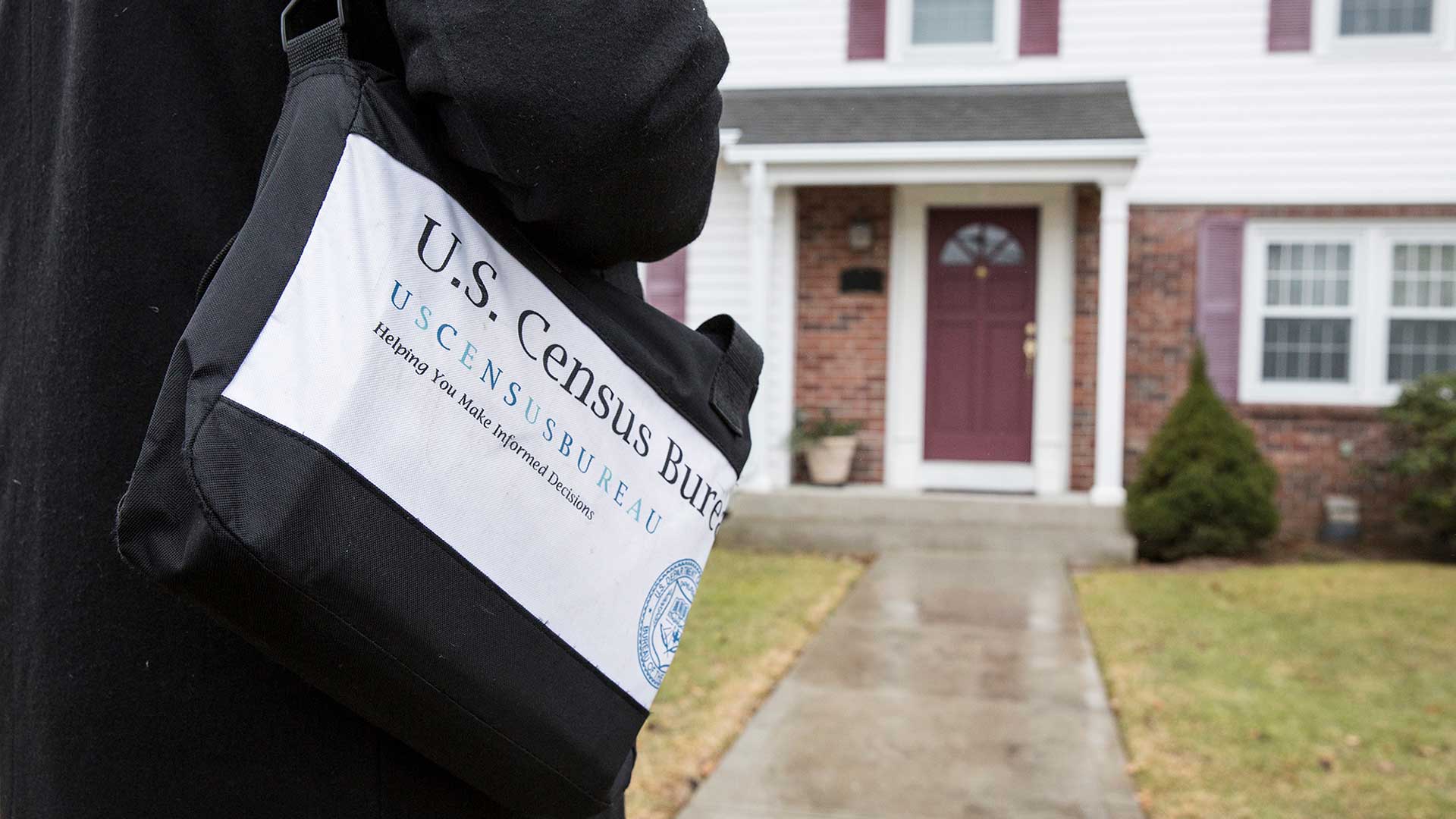 A Census Bureau plan to move up the deadline to end “enumeration,” the process of counting U.S. residents, from Oct. 31 to Sept. 30 was put on hold by a federal judge. Critics, including the Navajo and Gila River tribes, had sued to block the move, which they said would lead to an undercount, particularly for minority communities.
Photo courtesy U.S. Census Bureau

WASHINGTON – A federal judge has temporarily blocked a Census Bureau plan to end its counting a month earlier than planned, ruling in a suit joined last week by the Navajo Nation and Gila River Indian Community.

The order Saturday by U.S. District Judge Lucy H. Koh said the plaintiffs in the case — which also included civil rights groups, individuals and local governments including Harris County, Texas, and the city of Los Angeles — had raised “serious questions” about the bureau’s plan to stop counting, or enumeration, on Sept. 30

She ordered the bureau to put on hold any plans to wind down enumeration until at least Sept. 17, when a fuller hearing on the lawsuit is scheduled, and to keep counting in the meantime.

In an email Saturday to its managers, the Census Bureau said it and the Commerce Department are “obligated to comply with the Court’s Order and are taking immediate steps to do so” and that “enumeration will continue.”

Plaintiffs in the case welcomed the judge’s temporary restraining order, or TRO.

“I hope that this TRO causes the Census Bureau to rethink its rush plan and go back to its original Covid-19 plan and avoid the need for further litigation,” Gila River Gov. Stephen Roe Lewis said in an emailed statement Sunday.

The threats of an undercount are particularly acute in Arizona and on tribal lands. Total Census response rate for the nation was 89.6% Sunday, compared to 79.4% in Arizona, tied for third-lowest in the country.

Kristen Clarke, president and executive director of the Lawyers’ Committee for Civil Rights Under Law, one of the many plaintiffs in the case, said the judge’s order halted the “Trump administration’s attempted short-circuiting of our nation’s census as an imminent threat to the completion of a fair and accurate process.”

“President Trump and (Commerce Secretary Wilbur) Ross’ decisions to undermine the process may have deprived vulnerable communities of fair representation and fair allocation of funds for the next 10 years or more,” Clark said Saturday in a prepared statement. 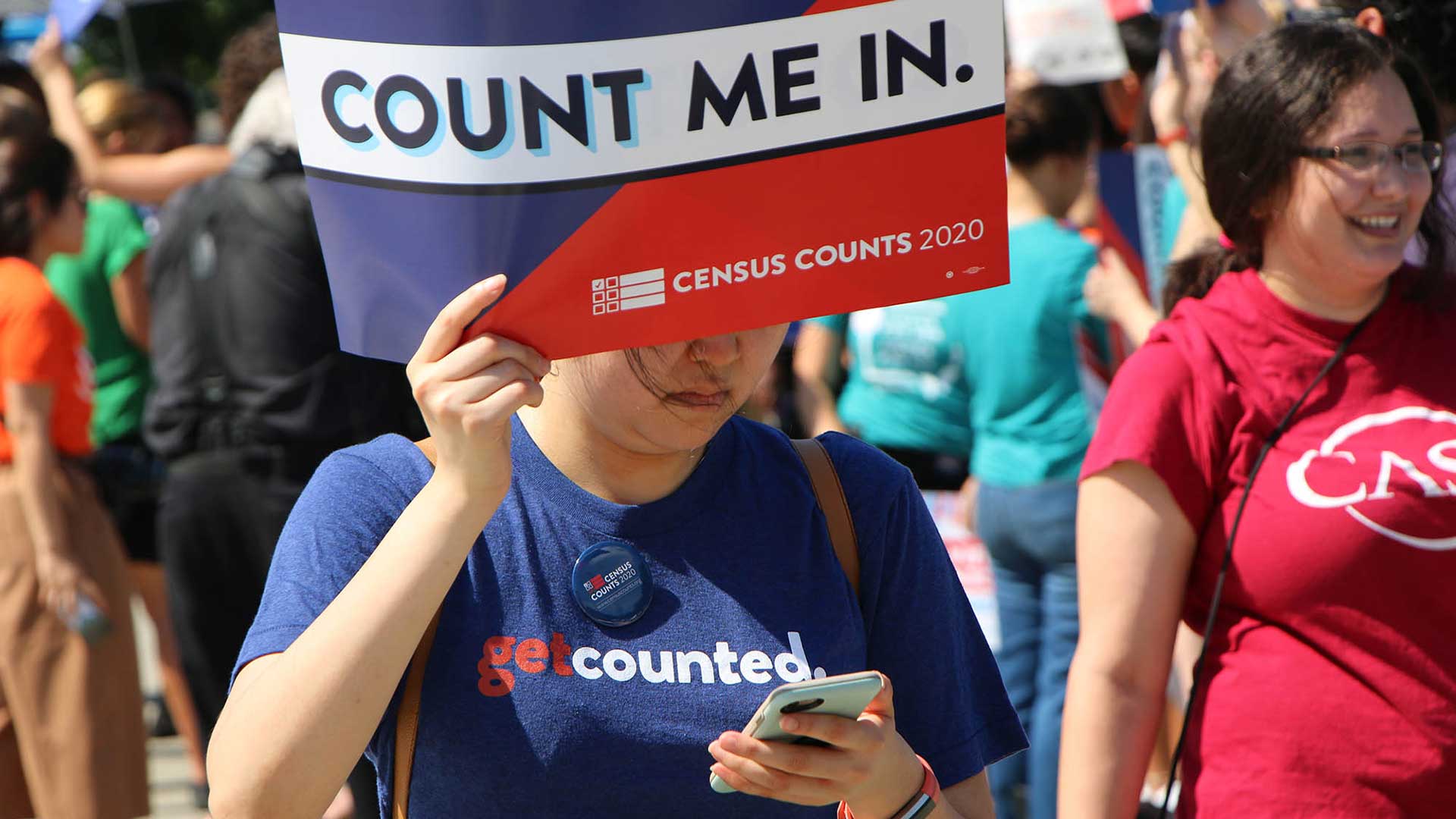 This is not the first legal challenge to the 2020 Census, with the Supreme Court ruling last year that the bureau could not include a citizenship question on the census form.
Miranda Faulkner/Cronkite News file photo

That was one of the main arguments of the lawsuit, which said a Census undercount would deprive many communities, particularly minority communities, with less congressional representation and fewer federal funds than they should get based on a complete count.

The Census Bureau is required by law to report a count to the president on Dec. 31 and had originally planned to stop enumeration on July 31. But faced with the difficulties of counting the population during the COVID-19 pandemic, the bureau on April 13 adopted a plan that pushed the enumeration date back to Oct. 31, with a delivery date of the new census data sometime in early 2021.

But on Aug. 3, the agency suddenly changed course, announcing that enumeration would end Sept. 30 and the new census data would be delivered Dec. 31.

As recently as Friday, Ross was writing that the Census Bureau would be able to wrap up “a complete and accurate field data collection” by Sept. 30 and deliver “fully processed reports to President Donald Trump by Dec. 31.”

But critics said it would be impossible to deliver an accurate count on the shortened timeline, with the House Oversight and Reform Committee releasing an internal Census report last week that said it would lead to “high risk of serious error” and “decreased data quality.”

In their suit, the plaintiff said the new deadlines would “sacrifice the accuracy of the 2020 Census by forcing the Census Bureau to compress eight and a half months of vital data-collection and data-processing into four and a half months.” They called the actions “unconstitutional and illegal.”

“There was a change in the U.S. Census headquarters without giving any consultation to citizens of the Navajo Nation,” said Navajo Nation President Jonathan Nez. “Usually when a federal agency makes a change there should be tribal consultation.”

Koh said there were “serious questions” about whether the Aug. 3 plan could be reviewed, by the court, whether the plan was arbitrary and capricious” and whether the plaintiffs even have standing to sue.

But she also said the plaintiffs had identified “four potential irreparable harms” the plaintiffs could suffer as a result of an undercount: potential loss of federal funding, federal representation, costs to mitigate an undercount and local government costs for services that rely on an accurate count.

“Because the decennial census is at issue here, an inaccurate count would not be remedied for another decade, which would affect the distribution of federal and state funding, the deployment of services, and the allocation of local resources for a decade,” Koh wrote.

She rejected agency arguments against an order, pointing to statements by two officials that the agency had already passed the point at which it could deliver an accurate count on Dec. 31. She also pointed to a statement by Albert E. Fontenot Jr., associate director of decennial census programs, that a restraining order would be harder to reverse later this month, when the agency would have laid off many of its temporary workers and would be unable to call them back.

Lewis said that suing the federal government was not a decision the Gila River Indian Indian community took lightly, but that it felt it had to take the action to “protect all of our interests in an accurate census count.”

“The Community is pleased that the court recognized the urgency of keeping the census count moving forward as it had been while this litigation is moving forward,” Lewis’ statement said.

Arizona in final push for census Arizona weekly unemployment jumps again News roundup: High daily case count due to new reporting methods, apartments near UA to close pools, gyms
By posting comments, you agree to our
AZPM encourages comments, but comments that contain profanity, unrelated information, threats, libel, defamatory statements, obscenities, pornography or that violate the law are not allowed. Comments that promote commercial products or services are not allowed. Comments in violation of this policy will be removed. Continued posting of comments that violate this policy will result in the commenter being banned from the site.