Construction and health care companies were some of the biggest beneficiaries. by Christopher Conover Tweet 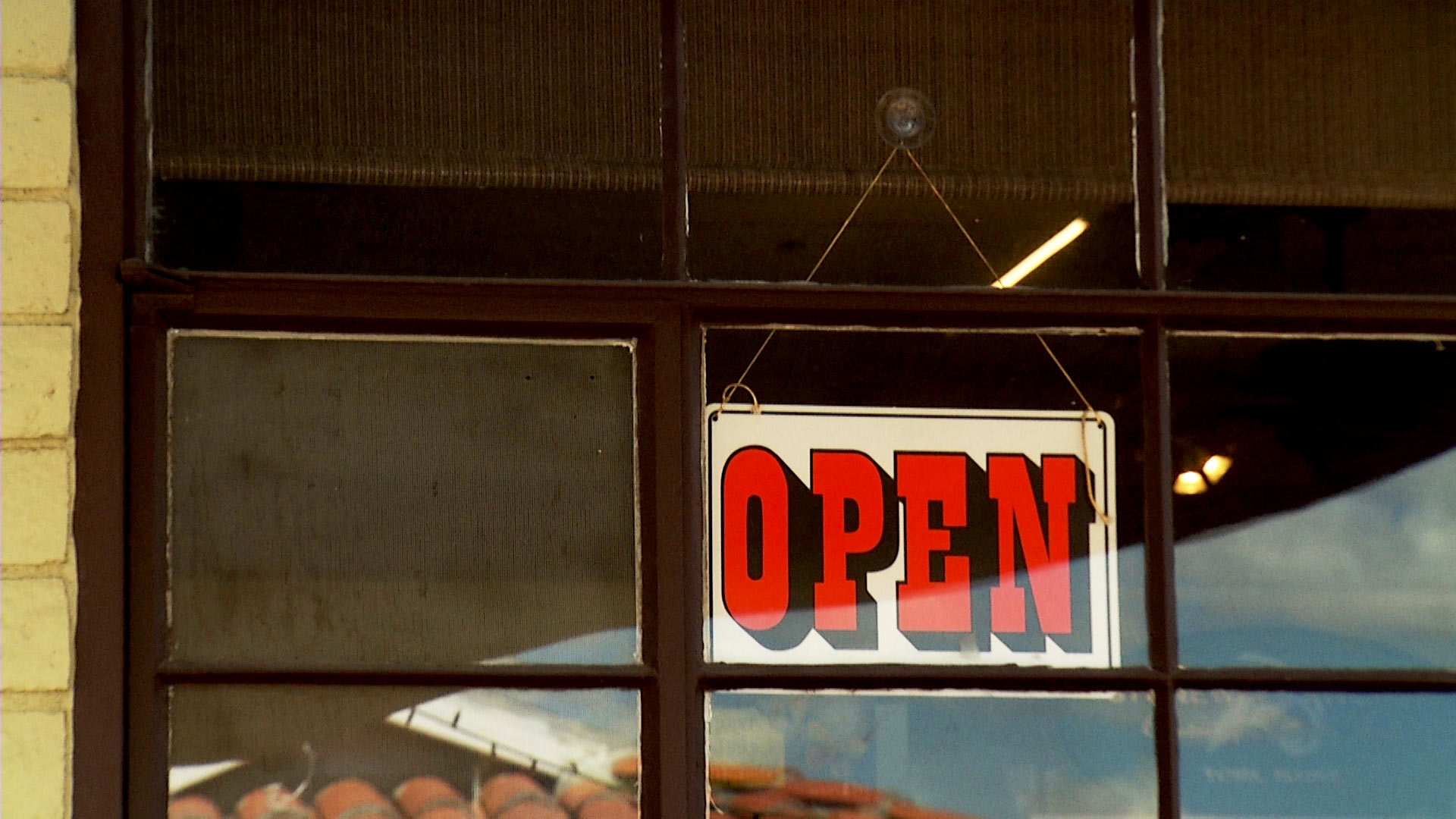 An open sign hangs in the window of a business in Patagonia.
AZPM Staff

The Paycheck Protection Program helped tens of thousands of large and small Arizona companies more easily get through the economic slowdown brought on by the COVID-19 pandemic. The program, overseen by the federal Small Business Administration and administered by banks, was part of the $2 trillion CARES Act relief bill approved by Congress in late March.

"I looked at PPP as the way the government chose to get as much money out as possible as quickly as possible," said Dennis Hoffman, Director of the L. William Seidman Research Institute at the Arizona State University’s W.P. Carey School of Business.

"There were very few rules and [regulations] about who could apply other than the size of business. The big boys were supposed to figure this out in a different way."

But there were about 1,300 loans of more than $1 million. Many people said that defeated the purpose of the program, which was to help small businesses.

"This is not illegal or unethical, or anything like that. It was just the way the program was set up," said Hoffman. "

In Arizona, 58 of the loans were for between $5 and $10 million. Nearly half of those, highest dollar loans, went to the health care and hospitality industries.

The federal government provided information about the companies receiving loans of more than $150,000. According to the data, the construction industry in Arizona received the most loans. That was also true in Pima County.

In Cochise County, the health care industry received the most loans. The 17 loans to that industry covered a financial range from $150,000 to $5 million and included hospitals and individual doctor’s practices.

In Santa Cruz County, wholesale trade was the biggest recipient of PPP loans. That industry includes those that deal with fresh produce, much of which crosses the border in Nogales. Those loans ranged from $150,000 to $1 million.

One of the early complaints about the PPP program was that small businesses could not get access to the money because they needed to have a relationship with a bank, and the large national banks had the most money to loan.

"If you were a small guy that had a relationship with a relatively small bank in Arizona you should have had as easy access as any other bank," said Hoffman.

In Arizona, the big banks did give out the greatest number of loans. Familiar names like JP Morgan Chase, Bank of America, Wells Fargo, BBVA, and other big banks gave about a quarter of the loans.

"Many of the small businesses don’t need or have historically needed ongoing relationships with banks from a lending perspective, let’s say, and that just took some time to ramp up," Hoffman explained.

In Pima County, about a dozen credit unions gave loans and a half-dozen private finance companies gave loans. Most of those only gave one loan.

When the federal government released the data, the larger loans included addresses of the companies. Looking at the information it became apparent that in some cases multiple loans were given to the same address, sometimes totaling millions of dollars.

In Pima County, 31 addresses received 79 loans. Some of those addresses had as many as six loans attached to them. A search of public records showed that most of those loans were taken out in the name of an individual branch of a parent company. For example, an automotive repair company headquartered in Tucson took out loans for each of its divisions in multiple states.

There were no instances of multiple loans to one address in Cochise or Santa Cruz counties.

The SBA will forgive the low interest PPP loans so long as the company can show that at least 60% of the money went to payroll.

Congress is still debating whether or not a similar program will be included in the next coronavirus relief package.

Arizona unemployment rate rises above national average AZ weekly unemployment shows slight increase Arizona plans to use federal unemployment supplement, but not add to it
By posting comments, you agree to our
AZPM encourages comments, but comments that contain profanity, unrelated information, threats, libel, defamatory statements, obscenities, pornography or that violate the law are not allowed. Comments that promote commercial products or services are not allowed. Comments in violation of this policy will be removed. Continued posting of comments that violate this policy will result in the commenter being banned from the site.