× CORONAVIRUS: The latest coverage and local resources regarding COVID-19 from the Arizona Public Media newsroom.
June 19, 2020

The Board of Supervisors met in emergency session to pass the ordinance. by Christopher Conover TWEET SHARE 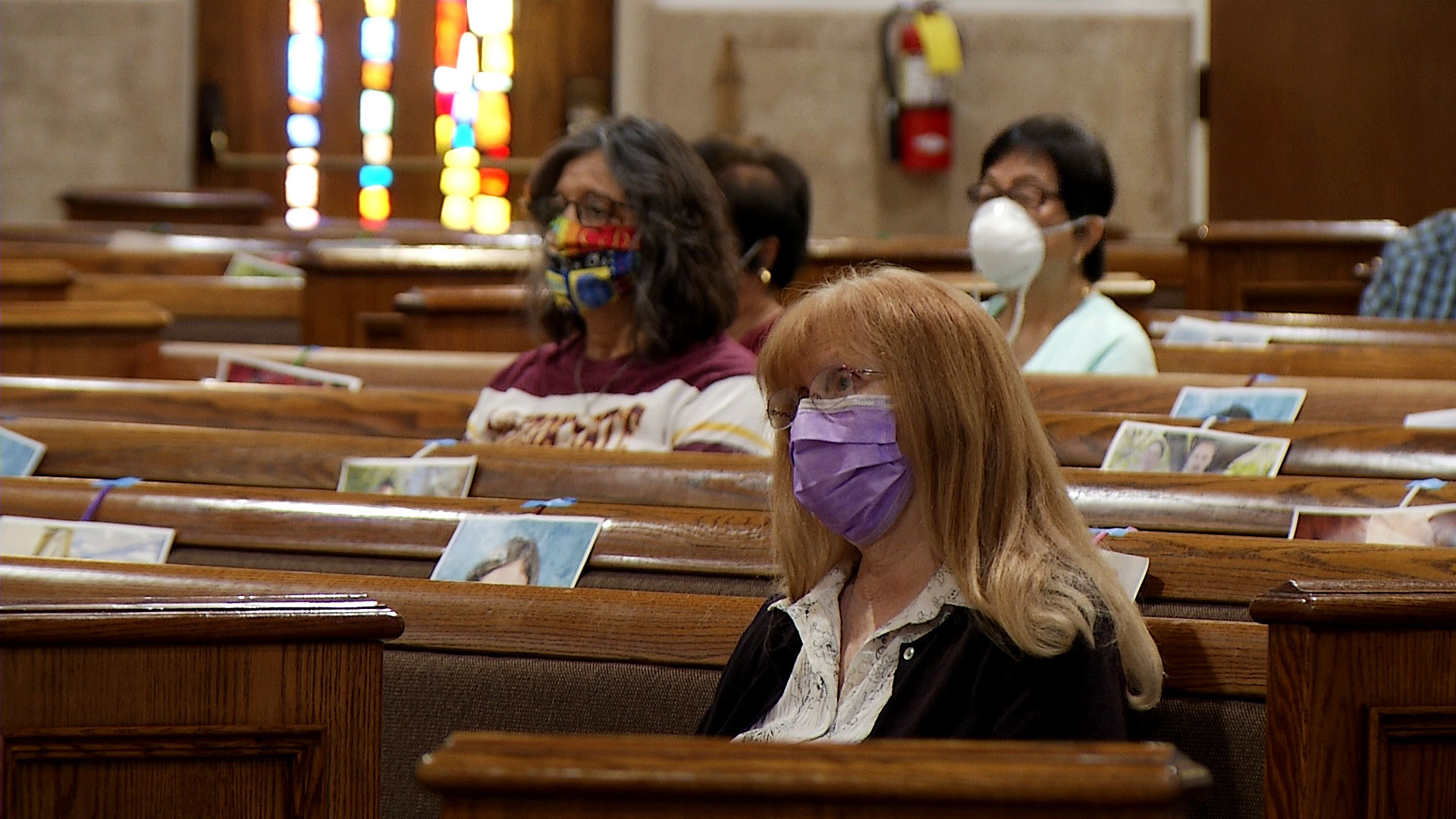 Parishioners attend mass at St. Mary's Church in Chandler on May 19, 2020. The Catholic Diocese of Phoenix gave pastors the option to resume public mass with limited capacity and face masks as added safety precautions. Photos of the congregation's members fastened to the pews indicate spaces where people cannot sit.
Martín Rubio/AZPM Staff

The Pima County Board of Supervisors made mask wearing in public places mandatory during a late afternoon vote Friday.

The ordinance, which passed on a 3-2 vote, requires anyone age five and up to wear a mask in public unless there is a medical reason why they cannot, or they are exercising.

The county ordinance comes with a $50 fine or five hours of community service, but the Board decided, for now, it will only be an educational campaign. The Board would have to vote again to impose the penalties which could be either civil or criminal.

The mask ordinance went into effect immediately and will stay in place until “the curve flattens” according to Pima County Administrator Chuck Huckelberry.

After the county meeting, the Tucson Mayor and Council met via Zoom for an emergency meeting.

The Mayor and Council unanimously approved a measure mirroring the one passed by the county, including the provision making it go into effect immediately.

The Tucson officials will meet again on Tuesday to discuss some changes including allowing a fine within city limits.

The council also wants to make sure it is not giving away authority to the county.

Tucson’s ordinance also does not have an expiration date.

TUSD reopening plan adds money, space in hopes of mitigating COVID-19 Marana mayor on why he won’t enforce Pima County’s mask ordinance Arizona sets another record for increases in COVID-19 cases
By posting comments, you agree to our
AZPM encourages comments, but comments that contain profanity, unrelated information, threats, libel, defamatory statements, obscenities, pornography or that violate the law are not allowed. Comments that promote commercial products or services are not allowed. Comments in violation of this policy will be removed. Continued posting of comments that violate this policy will result in the commenter being banned from the site.