How one Wickenburg cattle ranch puts sustainability at its core 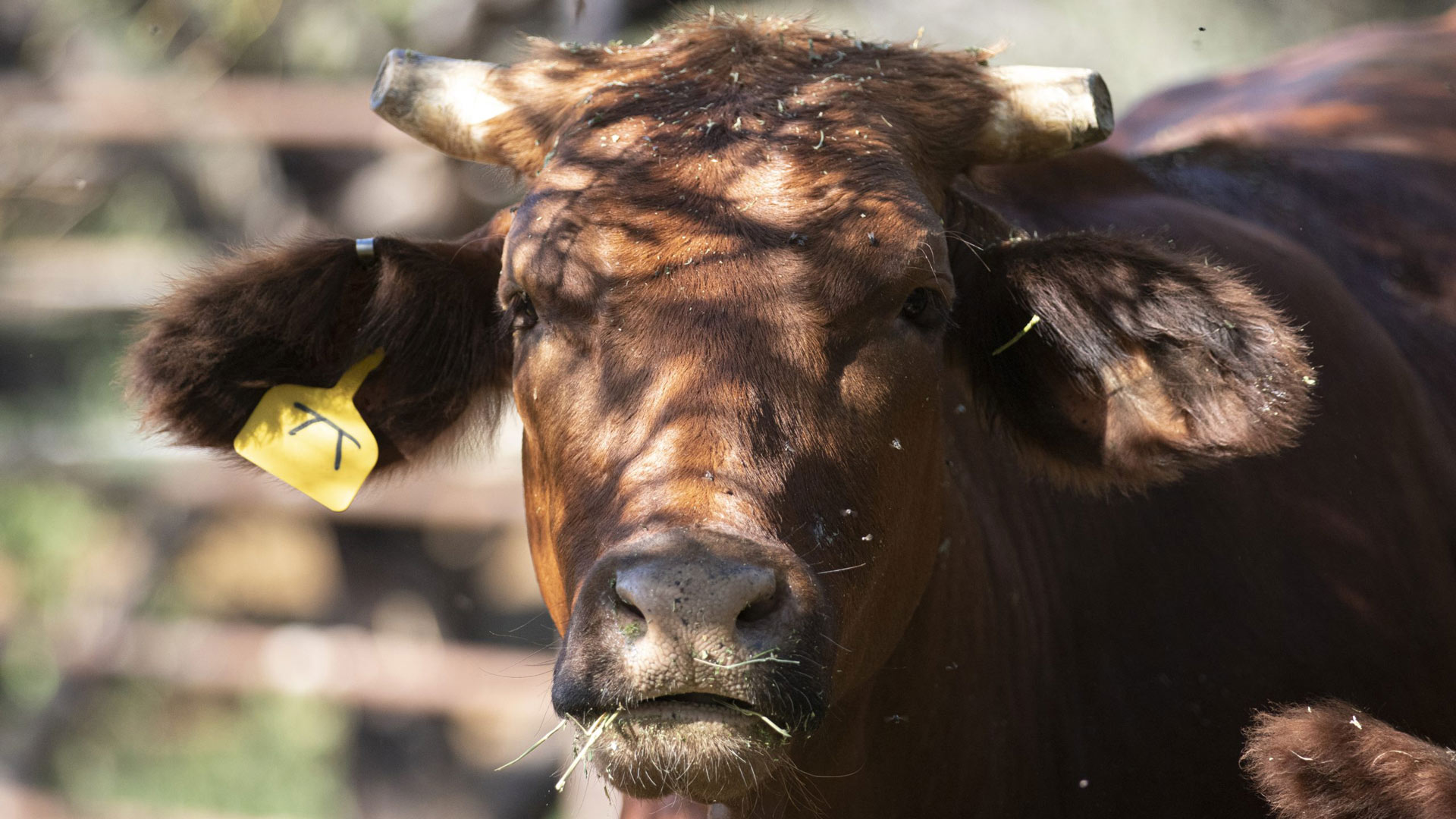 Savannah Barteau dropped out of college to become a rancher nearly nine years ago. Now, the 26-year-old Flagstaff native runs the beef business at Date Creek Ranch outside Wickenburg with her husband.

The family-owned cattle ranch is at the end of a lengthy dirt road lined by Joshua trees and saguaros in the heart of the Date Creek Mountains. Date Creek Ranch has been in husband Ryan Barteau’s family since 1966, and Savannah Barteau started working there when she and Ryan met.

“It was very simple in those days,” she said. “We were just fixing gates and raising pasture chickens. Now it’s a bit bigger and a bit more complicated, but really good still.”

From raising chickens back in the day to caring for cattle on 38,000 acres and 52 pastures, the family always prioritized sustainability.

“We focus on healing the land and regenerating the land,” Barteau said.

Date Creek Ranch has built on those practices and values. When Ryan Barteau’s grandfather, Phillip Knight, bought the land 56 years ago, plant and animal life along the creek was practically nonexistent. In 1982, he began using progressive techniques that took the land from barren to abundant.

His holistic grazing management, which included rotating cattle from one pasture to another, allowing the land and vegetation to rest, transformed Date Creek from a wide stretch of sand and scattered trees to a plentiful riparian area that attracted beavers, wild turkeys, javelinas, and other wildlife.

Knight’s early efforts earned him acclaim. In 1993, Knight was named the Environmentalist of the Year by the Arizona Game & Fish Department and won an Environmental Stewardship Award from the Arizona Cattlemen’s Association the next year.

Date Creek Ranch continues Knight’s practices to this day. It raises cattle breeds that can handle the arid Arizona climate, including Brahman. Unlike Angus and other popular breeds raised in the U.S., Brahman are built for the desert with their light coloring, loose skin, effective sweat glands, and long legs built for mountainous terrain. Brahman also don’t need as much water as other cattle.

Date Creek Ranch still uses Knight’s grazing management techniques. It sells beef locally instead of transporting cattle out of state. It uses water from the creek instead of relying on groundwater or the Colorado River. The ranch’s herd is only 120 head because the fewer cattle on pastures, the better. In addition, Date Creek Ranch recently installed solar panels that provide power to structures on the property, irrigation, and beef freezers. 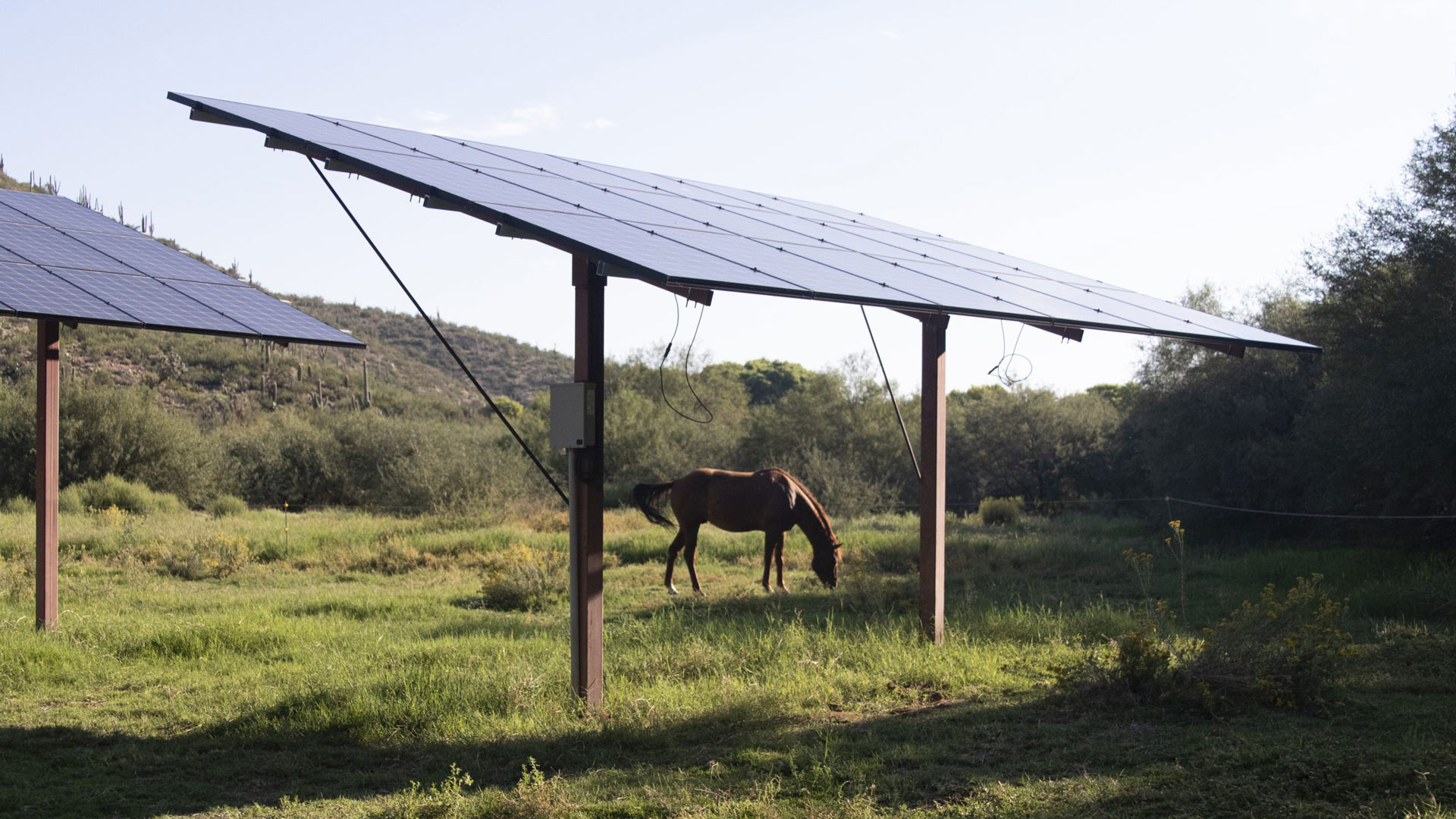 Barteau and her family understood the importance and benefits of regenerative ranching early on, while many other ranches have been applying the same old, outdated practices that harm the environment.

Some of those harmful ranching practices include excessive water and pesticide use, as well as letting cattle graze pastures too long and shipping cattle out of state to be slaughtered and processed.

“It took so long for us to see the effects of it,” she said. “They didn’t know at the time, but now we know. Now we know and now we can do better. If you have an animal, a big animal, they are going to have a heavier impact on the environment around them.”

Cattle ranching releases methane and other greenhouse gases that contribute to climate change and it can damage soil and vegetation. Waterways can also become polluted with manure and E. coli. Recent studies find that limiting or phasing out beef production could significantly decrease methane and carbon dioxide emissions.

“The magnitude and rapidity of these potential effects should place the reduction or elimination of animal agriculture at the forefront of strategies for averting disastrous climate change,” the study said.

Brown and Eisen also noted that making agricultural practices more efficient can reduce emissions, but not as effectively as eliminating livestock altogether. Yet even fully transitioning to a plant-rich diet won’t fix the problem. Global warming is a complex issue that requires a holistic approach.

The Environmental Protection Agency says agriculture accounts for 11% of global greenhouse gas emissions. Cattle and beef industries only make up 2% of that – less than every other industry.

Emissions from energy production and transportation need to be cut substantially as well to really make an impact on our warming planet.

Eradicating livestock would slightly slow global warming, but eliminating an entire food group may not be realistic in a world with a rapidly increasing population and food insecurity. In 2015, Arizona cattle ranchers alone raised 1.4 billion beef meals according to the Arizona Department of Agriculture. Doing away with animal products would take a plentiful source of food and nutrition off of billions of plates worldwide.

Lauren Maehling, the president of the Arizona Beef Council said all forms of food production have repercussions.

“There is going to be a consequence to raising and growing food because 100% of us have to eat,” Maehling said. “That’s just a consequence that we live with. However, farmers and ranchers have worked very hard to reduce that over time and are continuously learning.”

Maehling also said that taking cattle off Arizona rangelands would have consequences as well.

“If we removed cattle from the landscape, we would increase the chance of invasive species” and reduce conservation efforts of organizations like the Audubon Society, the Nature Conservancy, and the Mule Deer Foundation, Maehling said. “We’d probably lose some open space because land would be sold to development, and then once you pour concrete or you put up homes, there’s no going back. … It would not be combating climate change if we took livestock out of the rangelands.”

Cattle do help with carbon sequestration by taking carbon from the atmosphere and pumping it back into the soil through manure and plant litter. Barteau considers cows carbon neutral.

Cattle “are one of the easiest ways to get carbon back into the soil with almost nothing. There is no machine out there that can do it as functional,” she said.

In addition, ranchers are environmental stewards.

“We have officially become part of the ecosystem,” Barteau said. “We’re a whole system, all of us together. I think the biggest problem that we have as a society right now is we see ourselves so outside of it, we see ourselves as so unnatural and so disconnected.”

“Their livelihood depends on the sustainability of the environment because especially if they own the land, they have to go back to that pasture at some point and feed their animals,” Gornish said. “So if they destroy that pasture, they can’t go back there. So all ranchers are extremely environmentally minded, whether they seem so at the surface or not.”

Cattle ranching, one of Arizona’s traditional “Five Cs” – along with copper, cotton, citrus, and climate – has been in Arizona since the 1600s, and it’ll be around for many more generations to come if local ranchers adopt regenerative practices, according to the National Resources Defense Council.

If ranchers don’t adapt, the United States could see another disaster like the Dust Bowl in the 1930s, during the Great Depression. High temperatures, drought, and poor agricultural practices in the Southern plains led to a series of dust storms. These storms eroded the exposed, damaged soil, causing irreversible environmental destruction. Crops failed and the land could no longer be used for food production.

“The Dust Bowl didn’t just happen,” Barteau said. “There are reasons why we have food deserts in the world, in the U.S. The old way of doing things is not going to work for the future.” Becoming more sustainable isn’t easy, Barteau said, and ranchers have to be willing to do things differently from the generations before them.

“It takes a lot of education and it takes a lot of reprogramming,” she said. “Ranching and cowboying is the dawn of America. That’s what we’ve been doing for so long, but the way that we were doing it is not going to work long term.”

Environmental stewards like Barteau are raising and inspiring the next generation of ranchers. She said the future of sustainable cattle ranching depends on younger ranchers bringing new perspectives and ideas to the practice.

“We need fresh eyes and fresh blood in the system to really make an impact,” Barteau said.

Forest Service resumes cleanup of abandoned mines near Prescott after pause More than 41,000 sandhill cranes in Southern Arizona Biden honors Bowers, others, on second anniversary of Jan. 6 insurrection
By posting comments, you agree to our
AZPM encourages comments, but comments that contain profanity, unrelated information, threats, libel, defamatory statements, obscenities, pornography or that violate the law are not allowed. Comments that promote commercial products or services are not allowed. Comments in violation of this policy will be removed. Continued posting of comments that violate this policy will result in the commenter being banned from the site.