The Supreme Court on Tuesday grappled with how strictly the federal government must enforce immigration policy. by Tristan Richards, Cronkite News Tweet 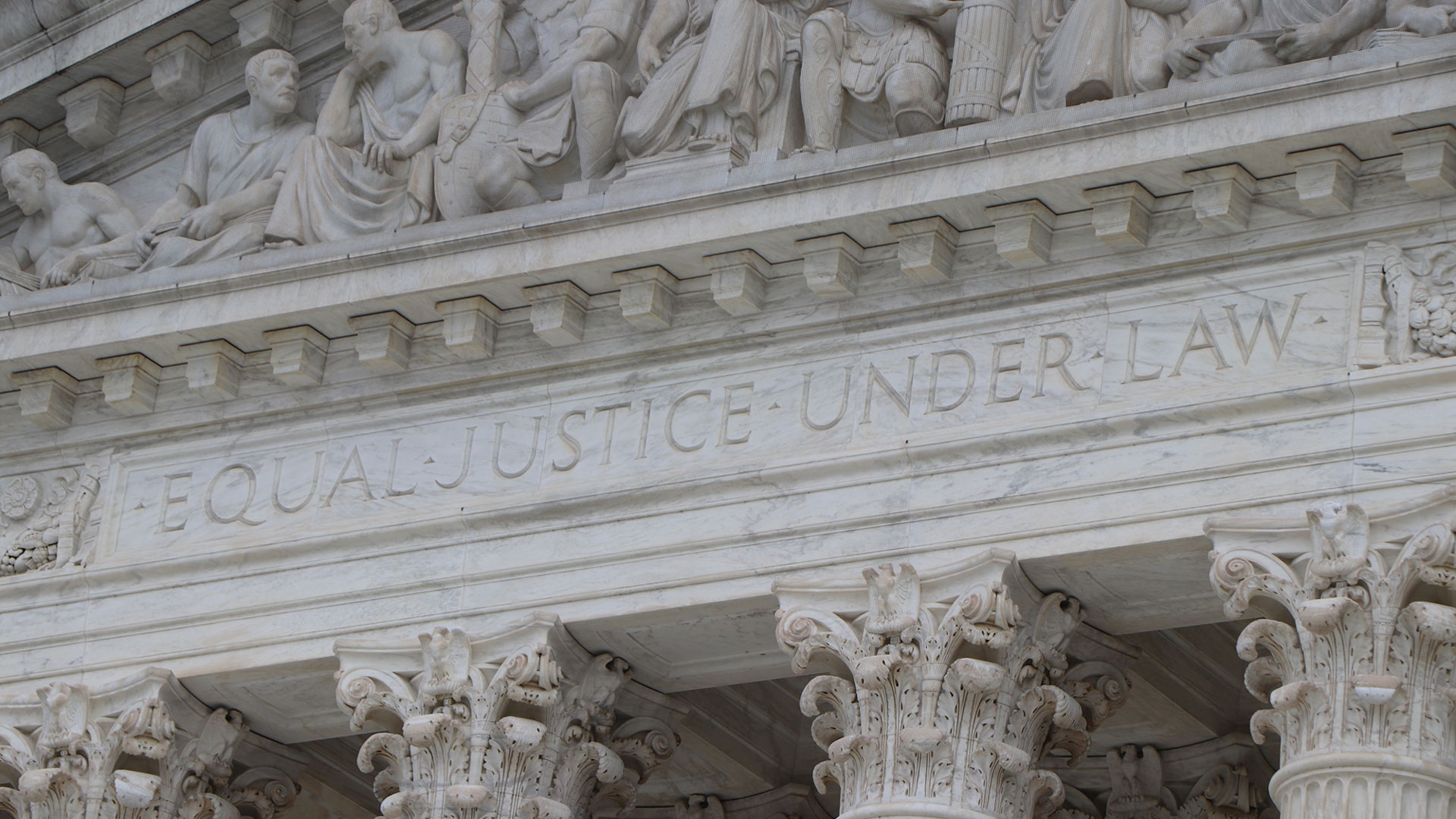 The Supreme Court on Tuesday grappled with how strictly the federal government must enforce immigration policy, and whether states should have a say in how that policy is enforced.

The hearing came in Texas’ challenge to a Biden administration policy that directs Homeland Security to focus its deportation efforts on immigrants who pose a threat to public safety, not on those who “have been contributing members of our communities across the country for years.”

In more than two hours of arguments, justices repeatedly asked the government’s attorney when “shall means shall” – a reference to the Immigration and Nationality Act that says officials “shall detain” all undocumented migrants, whether they are a public safety risk or not.

But the court also wrestled with Texas’ claim that it suffered financial damages in the form of medical, schooling, and public safety expenses for migrants not pursued by DHS. That precedent would let states use courts to overturn federal policy by just showing “a dollar’s worth of costs,” more than one justice said.

“We are creating a system where states and courts can usurp immigration laws,” Justice Elena Kagan said. “The states can go into courts at the drop of a pin and stop federal policy in its tracks.”

The hearing comes at a time when immigration numbers in the U.S. are at an all-time high, with almost 2.4 million migrants encountered at the southwest border in fiscal 2022. Border states like Texas and Arizona – which joined 17 other states on a brief in support of Texas – claim that they have been increasingly overwhelmed by the surge in migrants across their borders.

DHS has said repeatedly said that it does not have the resources to deport the estimated 11 million undocumented migrants in this country. Its policy of focused enforcement, announced in September 2021, aims to better use those limited resources.

That sparked the Texas lawsuit. A federal district judge in June agreed with Texas and vacated the DHS enforcement prioritization policy nationwide. The Biden administration asked the Supreme Court in July to freeze that decision. The court refused in a 5-4 vote but agreed to hear the case this year.

In his opening argument to the Supreme Court on Tuesday, Texas Solicitor General Judd Stone said the state’s argument was “grounded firmly in the INA’s (Immigration and Nationality Act) text.” While the policy treats immigration enforcement “as discretionary … both this court and every previous administration has acknowledged it as mandatory,” he said.

U.S. Solicitor General Elizabeth Prelogar disagreed, arguing that courts have always allowed such discretion. She told the justices that applying “shall” strictly to enforcement of the INA would “absolutely scramble immigration enforcement efforts on the ground.”

“If this court actually said that ‘shall’ displaces all enforcement discretion, then DHS would be under a judicially enforceable obligation to take enforcement action against whomever it first encounters on the ground,” Prelogar said. “That is a senseless way to run an immigration enforcement system and it is not the statute that Congress enacted.”

Prelogar said that if the court upheld that district court’s sweeping ruling, it could “create a giant loophole” in which states will be able to bar the executive branch from exercising its immigration authority.

Kagan agreed that allowing the district court ruling to stand would set a bad precedent.

But Chief Justice John Roberts wondered if states would have any way of challenging executive immigration policy if the court sided with Prelogar’s position. He also said the high court should concern itself with the law, not with the fact that DHS may or may not have the resources to enforce the law.

“I think ‘shall’ means ‘shall,'” Roberts said. “Now it’s our job to say what the law is, not whether or not it can be possibly implemented or whether there are difficulties there.

“And I don’t think we should change that responsibility just because Congress and the executive can’t agree on something that’s possible to address this — this problem,” he said.

Roberts also appeared astounded by Prelogar’s argument that the court needed to rein in the process of “vacatur,” which the district court used to vacate the DHS policy. He called that a “fairly radical” departure from a routine practice of courts.

That was echoed by Justice Brett Kavanaugh.

“This is a pretty radical rewrite, as the chief justice says, of what’s been standard administrative law practice,” Kavanaugh said. “You devote three pages in your brief to this complete change that all these judges have been doing for all these years.”

In her rebuttal, Prelogar said vacatur “prevented DHS officials from being able to continue to rely on those (enforcement guidelines) while the case was litigated, and that is precisely contrary to the judgment that Congress made.”

A ruling in the case is not likely for several months.

AG asks court to put execution on hold Judge reinstates ban on abortions for fetal abnormalities Arizona governor to keep migrant busing program
By posting comments, you agree to our
AZPM encourages comments, but comments that contain profanity, unrelated information, threats, libel, defamatory statements, obscenities, pornography or that violate the law are not allowed. Comments that promote commercial products or services are not allowed. Comments in violation of this policy will be removed. Continued posting of comments that violate this policy will result in the commenter being banned from the site.