Arizona woman gets 30 days in jail for collecting 4 ballots

The judge said he did not think she had accepted responsibility for her crime. by Associated Press Tweet 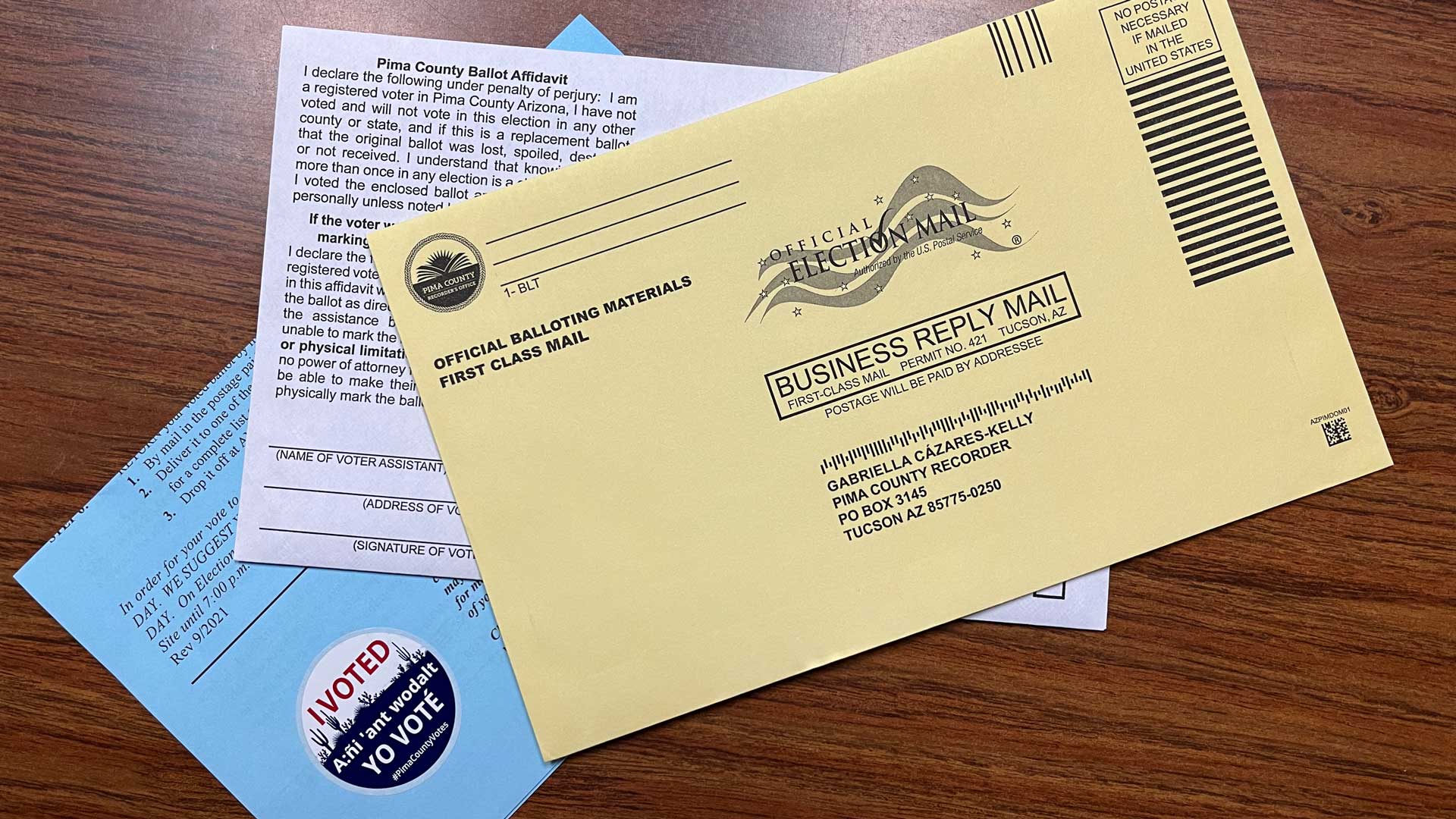 A southwestern Arizona woman who pleaded guilty to collecting four early ballots in the 2020 primary was sentenced Thursday to 30 days in jail and two years probation, with the judge saying he did not think she had accepted responsibility for her crime.

The sentence for Guillermina Fuentes, a 66-year-old school board member and former mayor of the small border city of San Luis, caps a lengthy case that caught the eye of investigators the day of the August 2020 primary and eventually led to charges against Fuentes and another San Luis woman.

Republicans who question former President Donald Trump's loss in Arizona and other battleground states seized on the case as evidence of widespread voter fraud, even though it came in the primary and is the sole case of “ballot harvesting” ever prosecuted in the state.

Yuma County Superior Court Judge Roger Nelson told Fuentes that despite a parade of character witnesses and her lawyer’s plea that she be spared from jail, she had not accepted responsibility.

"'The defendant acknowledged responsibility for carrying ballots for someone else, however, she stated, 'I’m not a criminal,'” Nelson read.

Prosecutors from the Arizona attorney general's office had sought a year in prison for her felony plea to violating a 2016 “ballot harvesting” law that makes it illegal to possess someone else's mail ballots unless they are a family member, housemate, or caregiver to the voter.

Fuentes' attorneys had urged Nelson to give her probation and character witnesses at a hearing last week provided glowing reports of her service in the small border city of San Luis, growing a business and becoming a leader, and her remorse for breaking the law.

Nelson praised her for that but also said it weighed heavily in his decision to send her to jail.

“Many of the things that were put forward as mitigating factors, I think they’re also aggravating factors,” he said. “You have been a leader in the San Luis community for a long time. People look up to you, people respect you, and they look to what you do.”

Fuentes collected the four completed mail ballots from acquaintances in San Luis, and gave them to co-defendant Alma Juarez while working a table outside a polling place where she was urging people to vote for a slate of city council candidates. Juarez carried them inside and put them in a ballot drop-off bin.

Election officials in Yuma County confirmed that the ballots were legitimate and the mail-ballot envelopes were signed by qualified voters, so they were counted.

San Luis does not deliver mail to residents, many of whom earn low incomes and do not own cars, making trips to the post office a challenge, according to the Arizona Voter Empowerment Task Force, a group of attorneys and advocates for people facing legal issues over voting or helping others cast ballots.

“The Court’s sentence today is an unjust result in a political prosecution where the only alleged harm was the delivery of four lawfully voted ballots," said Fuentes' attorney, Anne Chapman, in a statement provided by the group.

Juarez pleaded guilty to a misdemeanor in a plea agreement with prosecutors that called for her to get probation. Nelson was not bound by that agreement but gave her probation and no jail time.

A city council write-in candidate videotaped the exchange outside the polls and called the sheriff's office. The attorney general's “election integrity” unit quickly took over the investigation.

Prosecutors alleged in court papers that Fuentes ran a sophisticated operation using her status in Democratic politics in San Luis to persuade voters to let her gather and, in some cases, fill out their ballots. But they dropped more serious charges of conspiracy and forgery and both defendants pleaded guilty to a single count of ballot abuse.

Nelson noted the small-town politics in the case and years of rumors that people like Fuentes collected ballots from voters and delivered them to the polls.

“It’s been an issue for a long time, or at least it’s been alleged that it’s an issue, that people vote for others, take their ballots,” Nelson said. “Everybody that’s involved in politics in this area knew that a new law was passed. You certainly knew it, that that law was new, even went up to the Supreme Court.”

Despite efforts by Republicans who have rallied around the possibility of widespread voting fraud in the 2020 election to paint the case as a sign of rampant voting fraud, there’s no sign her illegal ballot collection went beyond the small-town politics Fuentes was involved in.

Assistant Attorney General Todd Lawson told Nelson at a hearing last week that the case is about the security of elections and that Fuentes deserved prison.

Fuentes automatically loses her school board seat and cannot serve in an elected or appointed post unless the felony conviction is dropped to a misdemeanor, which can occur after she completes probation. She was ordered to turn herself in to jail on Saturday.

The Buzz speaks with two newly-elected officials: Juan Ciscomani and Katie Hobbs I-11 lawsuit goes to court Neighbors sue Arizona city to restore water cut in drought
By posting comments, you agree to our
AZPM encourages comments, but comments that contain profanity, unrelated information, threats, libel, defamatory statements, obscenities, pornography or that violate the law are not allowed. Comments that promote commercial products or services are not allowed. Comments in violation of this policy will be removed. Continued posting of comments that violate this policy will result in the commenter being banned from the site.