22-year-old suspect evaded officers for less than an hour. by Zachary Ziegler Tweet 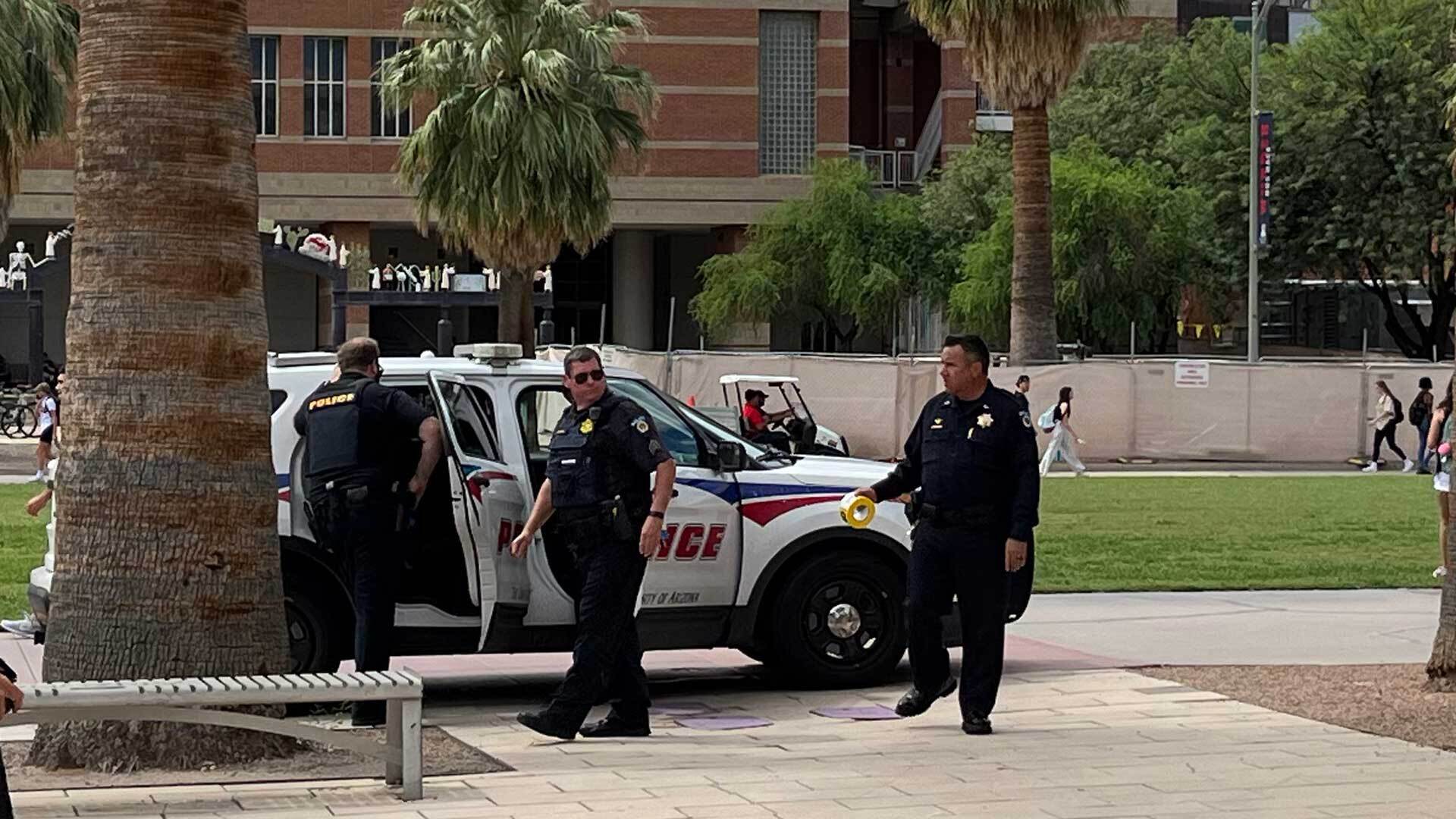 An armed suspect sits in the back of a UAPD patrol vehicle, surrounded by officers.
Christopher Conover, AZPM

A 22-year-old man is in custody after bringing a gun onto the University of Arizona campus Wednesday morning, causing a lockdown.

University police say they received reports of a suspicious man in the area of the university union with a gun at 9:42 am.

Officers responded and attempted to make contact with a man matching the description, who tried to evade authorities.

A short foot pursuit ensued, according to UAPD. An email sent to UA students and employees stated that the man was in custody at around 10:30 am, and the all-clear was given shortly thereafter.

The man, Hunter Paddlety, was booked into the Pima County jail on charges of reckless display of a deadly weapon, disorderly conduct and interference or obstruction of an educational institution.

UAPD said Paddlety is not a student at the university.

“Gabby Giffords: Won’t Back Down” is a journey of healing from gun violence. Arizona could ease gun rules for libraries, school grounds Republicans on state Senate panel OK guns on college campuses
By posting comments, you agree to our
AZPM encourages comments, but comments that contain profanity, unrelated information, threats, libel, defamatory statements, obscenities, pornography or that violate the law are not allowed. Comments that promote commercial products or services are not allowed. Comments in violation of this policy will be removed. Continued posting of comments that violate this policy will result in the commenter being banned from the site.