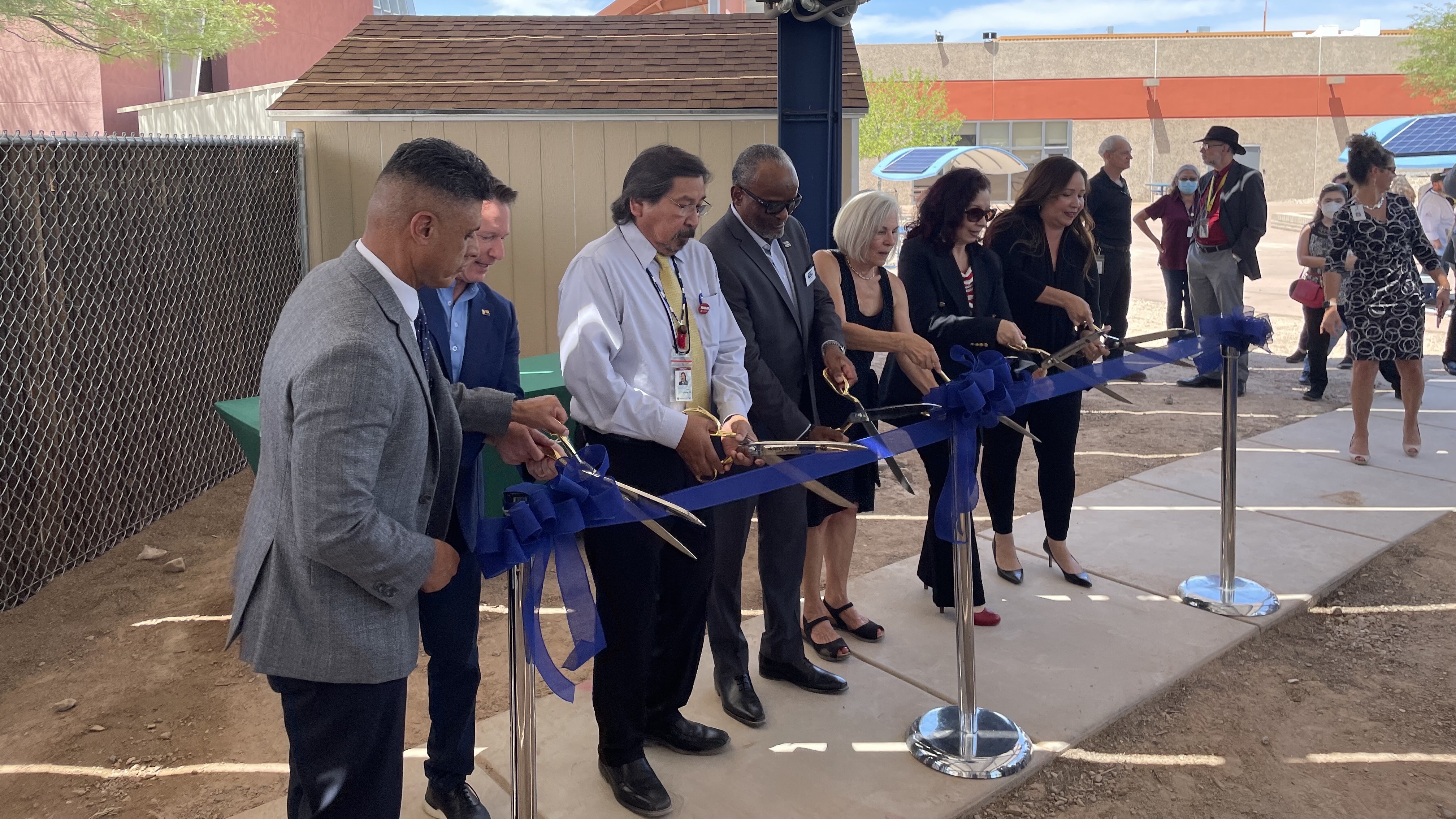 Pima Community College has opened an Early Learning Center at its Desert Vista Campus on the south side just off of I-19. The center will provide free full-day early education for the children of PCC students who qualify.

The highlight of the opening was a ribbon-cutting ceremony by community stakeholders including leaders from the college, the county, the Pascua Yaqui tribe and the United Way among others.

It fills three glaring needs. First, parents of preschool children who are trying to get an education for themselves and can't do it without reliable childcare. Then, there's the pre-K children of those parent-students who need a safe place to stay while their parents are in school, and the statistics show that programs like this one that are more than just childcare, but provide a jumpstart to their education are key to the future academic and professional success of underserved children.

The program also allows PCC to increase enrollment, adding new students and the dollars that go with them.

The rollout of the new program comes almost exactly 3 years after Pima County took a hard look in late July 2019 at providing universal pre-K across the county. There was broad support across the political spectrum. More than 50 local organizations signed a letter in support. And there was the momentum that comes when everyone wants to make something happen, but there were insurmountable challenges of scale and in providing ongoing financing and in the end the Board of Supervisors punted

At the time, the board chair, the late Richard Elias said the county would not be able to go it alone

Elias said the Board said it wasn't saying no, just looking for time to find partners and solutions to the challenges. There was a palpable feeling of momentum. Then came the pandemic.

Now 3 years later those partnerships Elias alluded to as well as a more manageable scale are what made it possible for the county to play a key role. Adelita Grijalva, who serves both as a Pima County supervisor and as president of the Tucson Unified School District School Board said the partnership with PCC, the United Way, and Child-Parent Centers made it possible for the county to step in with up-front money

Pima County has invested over a million dollars over the next two years into this location, and I'm very proud that the plan that was created allowed for that investment to be put to use this way, in start-up costs and in construction," she said

The program will serve 3–5-year-old children of student parents who have family incomes up to 200 percent of the Federal Poverty Level. The College estimates approximately 40 percent of those families’ primary home language is not English. The full-day program will be offered to children five days a week

Tony Penn, the president and CEO of the United Way of Tucson and Southern Arizona said in addition to meeting the needs of parents and students, the establishment of the center is much more.

"Folks, this is an economic development initiative,” he said. “To my business partners and friends in this community. You want more organizations to plant a flag in Tucson and southern Arizona and bring the jobs, the opportunities, the revenue, all of those things that come with it to this community, it’s the investment that we make in educational attainment."

The program is being touted as a model for success. Supervisor Grijalva said she looks forward to expanding the partnership to other PCC branches with the hope that other organizations will see the success and want to be part of it, perhaps replicating it on a larger scale going forward.

As it recruits, Tucson Police look to diversify its force Young musicians embrace heritage through Mexico’s Independence Day "Painting In, Painting Out": The world as seen by the Sonoran Plein Air Painters.
By posting comments, you agree to our
AZPM encourages comments, but comments that contain profanity, unrelated information, threats, libel, defamatory statements, obscenities, pornography or that violate the law are not allowed. Comments that promote commercial products or services are not allowed. Comments in violation of this policy will be removed. Continued posting of comments that violate this policy will result in the commenter being banned from the site.