It would coast through the Martian skies far from landers and rovers on the surface. by Tony Perkins Tweet 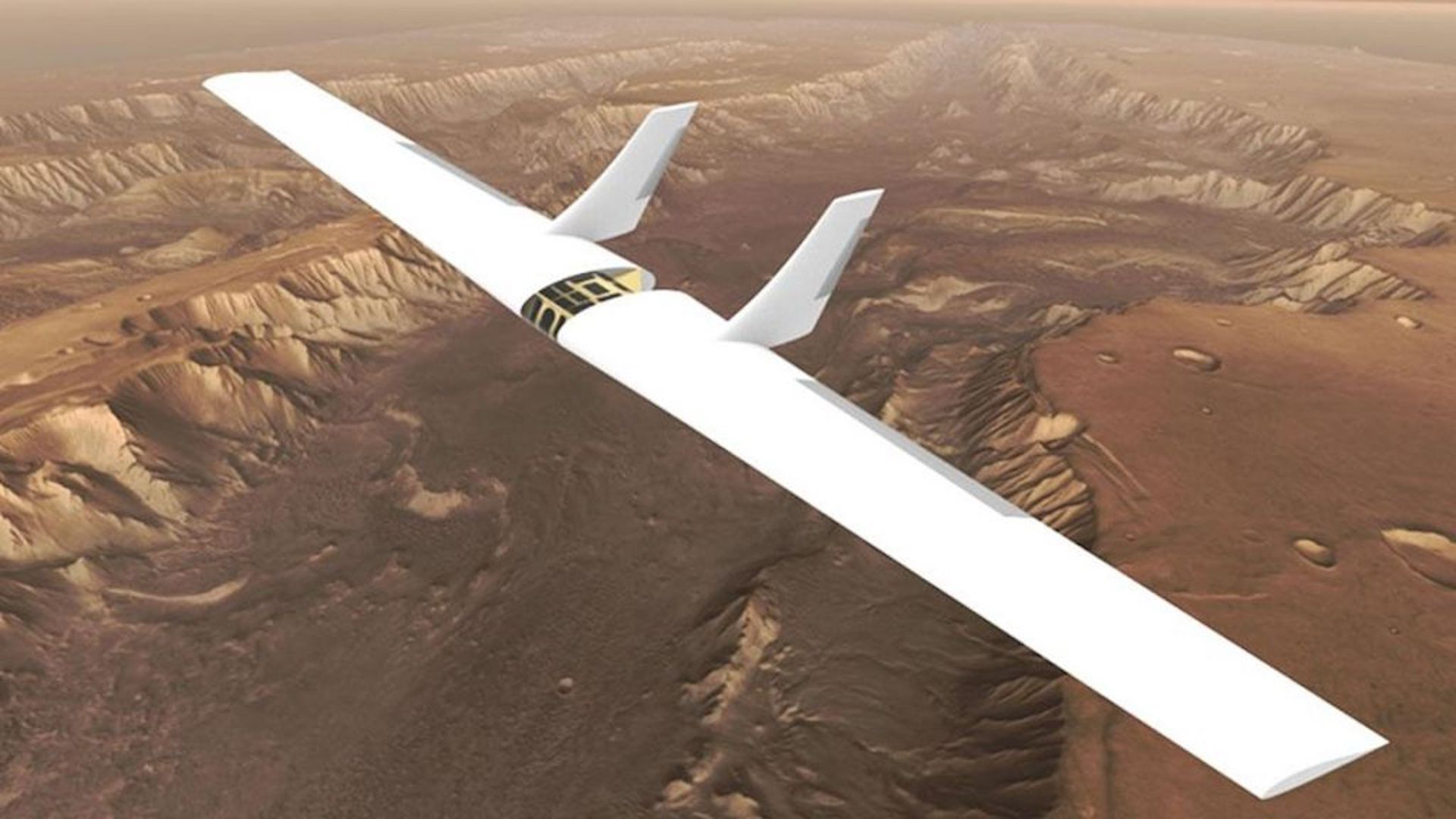 Illustration of a proposed Mars glider.
Sergey Shkarayev/University of Arizona

A University of Arizona research team is developing the next generation of aircraft designed to fly in the air above Mars.

The team’s designs include fixed-wing sailplanes that can unfold like an accordion and use a surface-launched balloon for takeoff.

Scientists say the aircraft can help capture pictures and other data from Martian canyons and valleys that rovers can’t get to.

“Not just one and not just ten, but a swarm of these platforms developing a system, soaring and gliding around Mars collecting badly needed information," he said.

NASA’s Ingenuity helicopter demonstrated the use of small aircraft operating in thin Martian atmosphere last year. UA scientist Jekan Thanga suggests the first flight might be like Ingenuity's, which was originally a simple demonstration project.

“You deploy it, you launch it, you get some great science data and then it prematurely fails, no problem.”

Thanga says a prototype sailplane with a giant wingspan has already been tested above Tucson.

Researcher theorizes ancient Mars underwent climate change disaster News roundup: UA scientists study volcanic activity on Mars, AZ reports nearly 500 more COVID cases Episode 268: Trailblazing a future manned mission to Mars
By posting comments, you agree to our
AZPM encourages comments, but comments that contain profanity, unrelated information, threats, libel, defamatory statements, obscenities, pornography or that violate the law are not allowed. Comments that promote commercial products or services are not allowed. Comments in violation of this policy will be removed. Continued posting of comments that violate this policy will result in the commenter being banned from the site.