Trump’s endorsement is likely to shake up a race with no clear frontrunner, which has been largely defined by jockeying for Trump’s support. by Associated Press Tweet 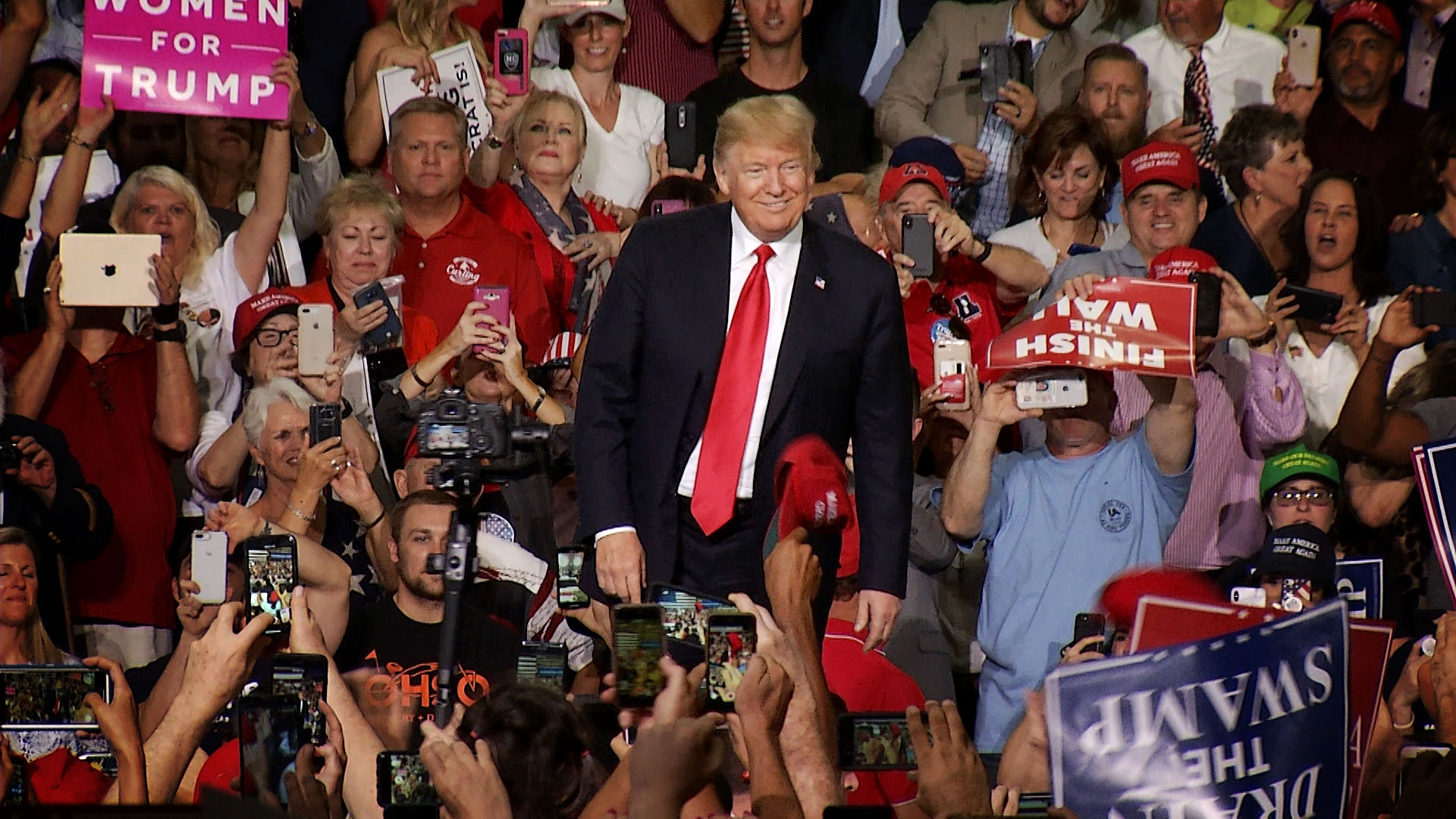 President Donald Trump greets the crowd at his rally at the Phoenix-Mesa Gateway Airport in October 2018.
Steve Riggs/AZPM Staff

Trump’s endorsement is likely to shake up a race with no clear frontrunner, which has been largely defined by jockeying for Trump’s support.

Trump postpones Arizona rally following ex-wife's death Adrian Fontes wins Democratic primary for secretary of state Trump ally Kari Lake wins GOP primary for Arizona governor
By posting comments, you agree to our
AZPM encourages comments, but comments that contain profanity, unrelated information, threats, libel, defamatory statements, obscenities, pornography or that violate the law are not allowed. Comments that promote commercial products or services are not allowed. Comments in violation of this policy will be removed. Continued posting of comments that violate this policy will result in the commenter being banned from the site.