He will talk trade, water, and border security while there. by Christopher Conover Tweet 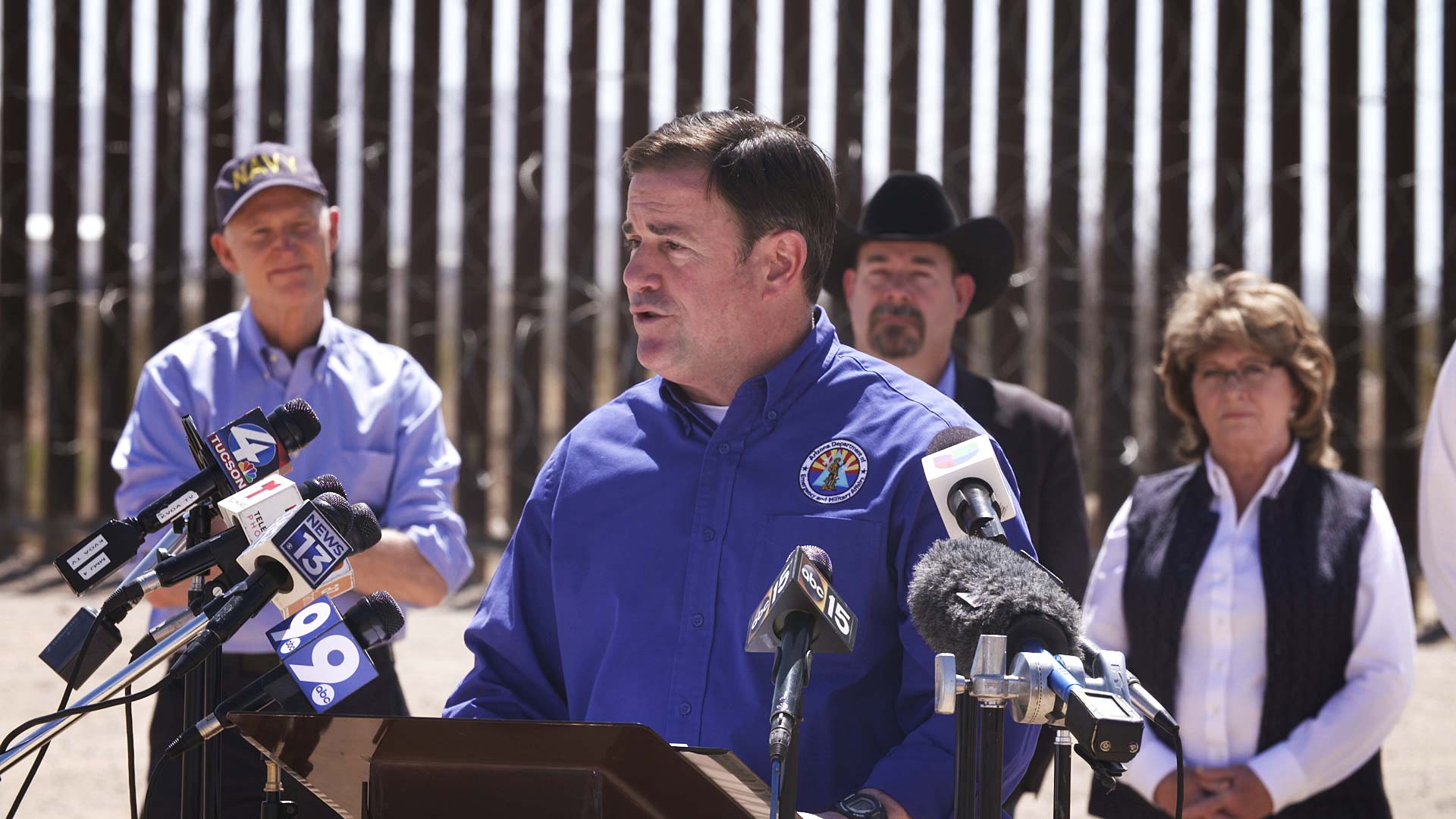 Arizona Gov. Ducey speaks to reporters at a news conference held along the border in Douglas on March 19, 2021.
Gage Judd/AZPM Staff

Arizona Gov. Doug Ducey is on a five-day visit to Israel where he will meet with political and business leaders of the Middle Eastern country.

Ducey arrived in Israel on Sunday morning along with the head of the Arizona Commerce Authority and the Arizona Chamber of Commerce and Industry.

Ducey has worked over his seven years in office to boost economic ties with Israel, which has a similar arid climate and water and security issues.

Among the political leaders he plans to meet are the current and former prime ministers, Israel's president, and the U.S. Ambassador.

Judge rules that pandemic border restrictions must continue Tucson willing to give up some Colorado River water Ducey desalination proposal carries hefty price tag
By posting comments, you agree to our
AZPM encourages comments, but comments that contain profanity, unrelated information, threats, libel, defamatory statements, obscenities, pornography or that violate the law are not allowed. Comments that promote commercial products or services are not allowed. Comments in violation of this policy will be removed. Continued posting of comments that violate this policy will result in the commenter being banned from the site.