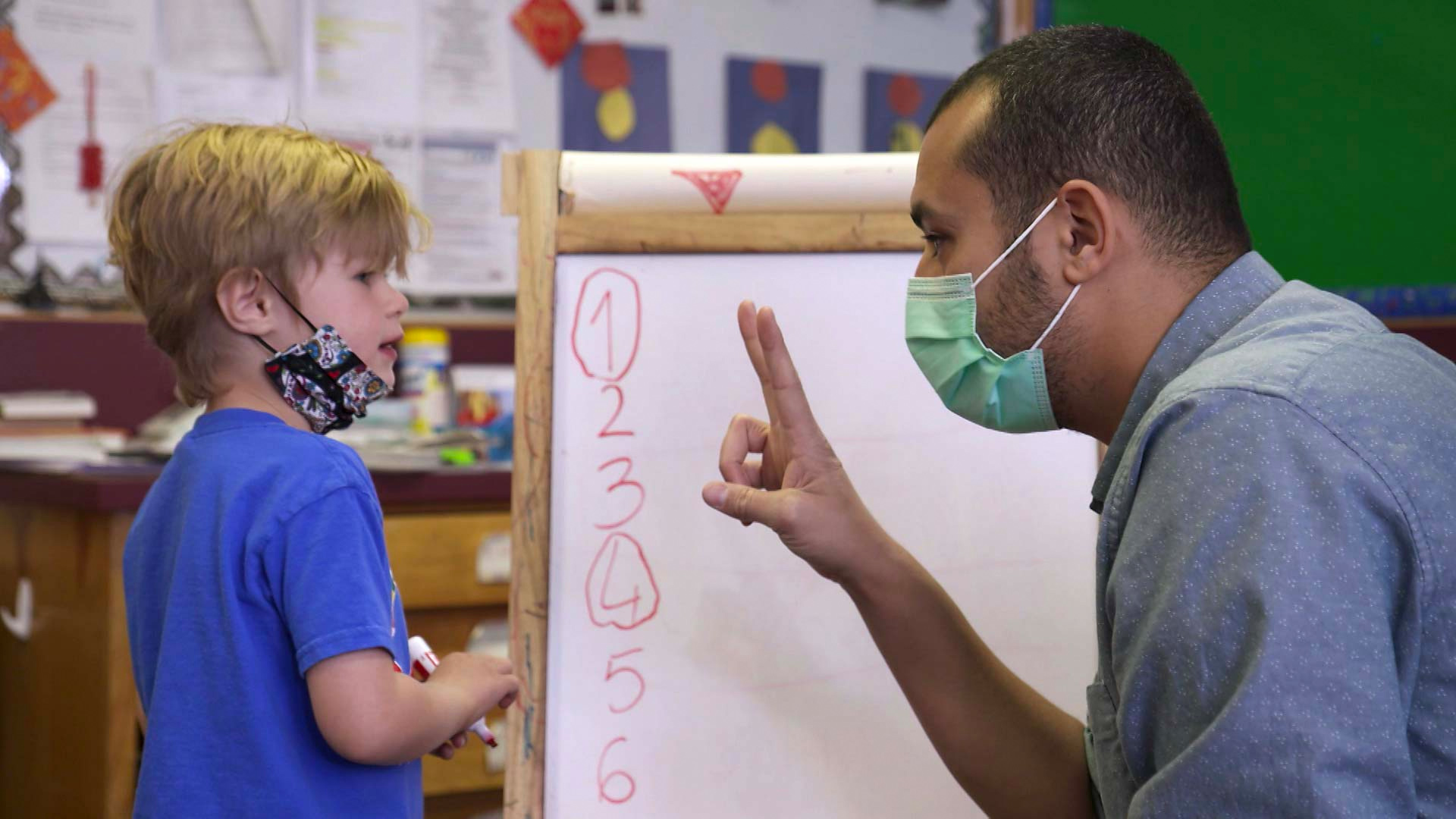 A masked teacher offers instruction to a student at the International School of Tucson. February 2021.
AZPM Staff

University of Arizona data shows teachers take home less money in Tucson than they would in similar cities around the region, even when cost of living is factored in. That makes Tucson less competitive in hiring teachers.

The University of Arizona’s MAP Dashboard compares Tucson with eleven Western cities with similar populations, costs of living and other factors on a number of metrics.

Jennifer Pullen is an economist who works on the site, and she said the city came in last place for secondary school wages adjusted for the cost of living.

And while teachers make more than the median wage across the board in Tucson, that gap is much lower in Tucson than it is for much of the region and the country overall.

"We're still really at the bottom compared to our peer metropolitan areas, and I think a lot of the problem is that we lose teachers, teachers that can leave the region and go teach in a region that pays them a higher wage, especially relative to that cost of living," Pullen said.

Pullen also said wages in Tucson overall decreased 2% from 2020 to 2021. At the same time, they increased 9% nationwide.

Lifeguard shortage leaves some Tucson pools closed Tucson sets up hotline for homeless people Automation could leave many Arizonans out of work, study warns
By posting comments, you agree to our
AZPM encourages comments, but comments that contain profanity, unrelated information, threats, libel, defamatory statements, obscenities, pornography or that violate the law are not allowed. Comments that promote commercial products or services are not allowed. Comments in violation of this policy will be removed. Continued posting of comments that violate this policy will result in the commenter being banned from the site.