Officials say the city is at a disadvantage for the competitive program. by Megan Myscofski Tweet 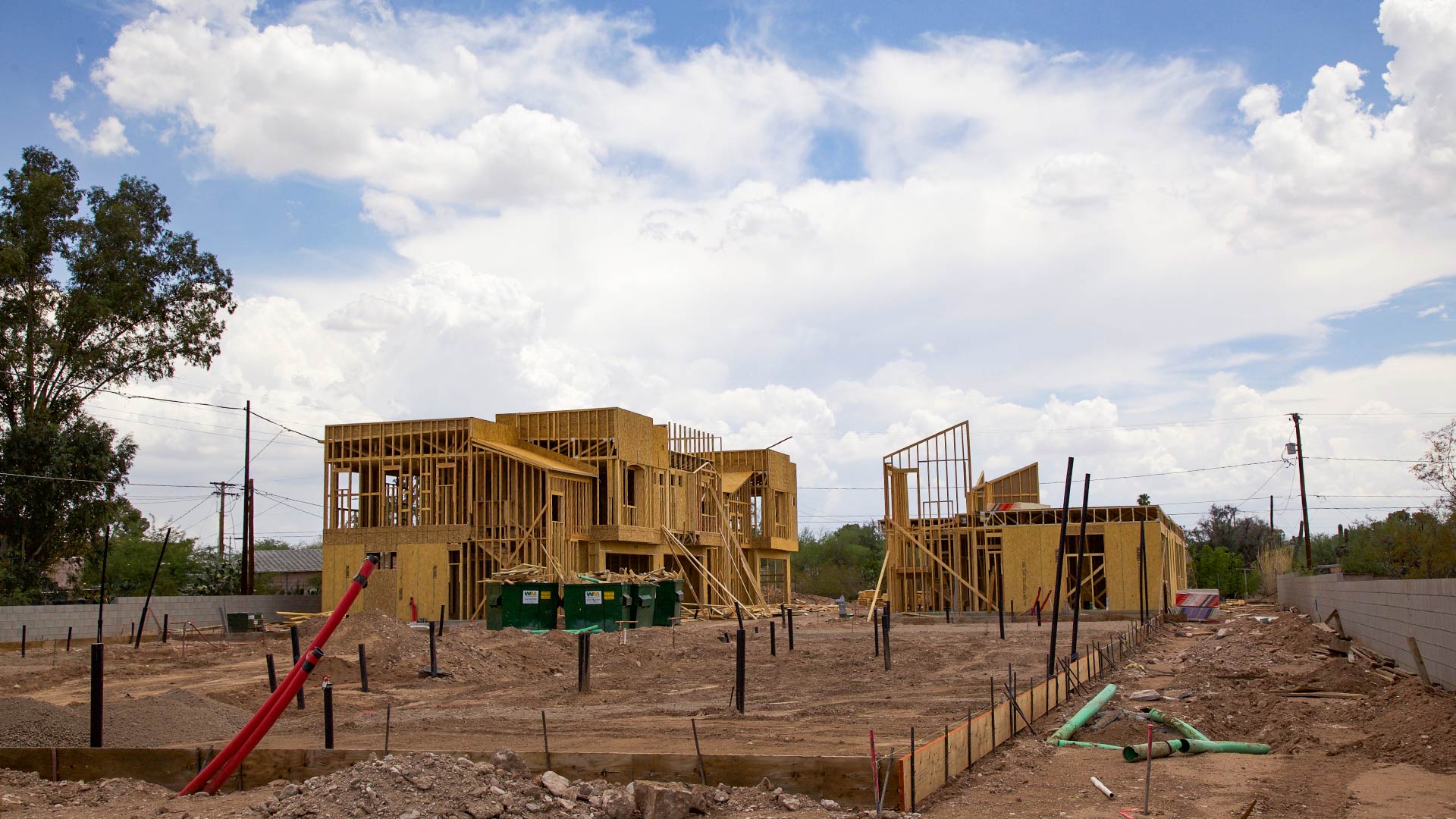 Arizona has an affordable housing problem.

As one of the fastest growing states in the country, it has a high demand for new homes. At the same time, the cost of building since the pandemic began is growing at a rate that makes planning difficult.

Low Income Housing Tax Credits can help make the cost of building affordable housing manageable, but Tucson isn’t well-positioned to get them.

Federal Low Income Housing Tax Credits defray some of the cost of building new homes for low and middle-income renters. It’s not the only way communities can bring that housing online, but it’s a major source.

Tucson gets a couple of projects per year off the ground with these tax credits, but Liz Morales, who heads the city’s Housing and Community Development Department, says that’s not enough.

"We lack in the ability to be competitive in the region, for the one source that provides the best ability to develop units," Morales said.

State governments use a point system to award the tax credits. Arizona gives extra points for rural and tribal projects to keep them competitive with the cities.

And where Tucson got the tax credits on ten projects in the last five years, the City of Phoenix—not the metro area—was awarded 33, bringing in about four times the new affordable housing units of Tucson, a city with about a third of the population.

Jim Tofel is a board member of the Arizona Housing Coalition and runs a construction company that builds affordable housing around the Southwest.

He said part of the problem is that multi-family projects cost 5-10% more to build in Tucson than in Phoenix, and that’s not considered in the tax credit application process.

"They've got more capability," Tofel said. "The other issue with Tucson is our income levels are lower here, so it's kind of a double whammy, where it costs more to build and they can charge less for rent."

Tofel said projects in Phoenix often get city funding from the outset that makes them more tenable, too.

Tucson’s mayor and council recently voted to broaden who can apply for impact fee waivers to build affordable housing, arguing that would make the city’s projects more competitive.

That’s the kind of move the state likes to see, but it also puts a major strain on the city budget.

"They can't just waive the fees. They actually have to put the money in themselves from the general fund," Tofel said.

And as builders, like Tofel, watch prices rise and projects become more expensive than they’d planned for, they end up moving projects from affordable to market rate.

"Most people are trying to figure out how to make them work as affordable. But it's really, really tough right now," Tofel said.

Ruby Dhillon-Williams with the Arizona Department of Housing says there’s a lot of competition for this program, especially this year.

"We received 33 applications. That is unprecedented for our program and our department," Dhillon-Williams said.

That's because the department significantly upped their outreach on the program, including a listening tour where it collected feedback. The team used that feedback to amend the criteria it uses to evaluate projects.

Dhillon Williams said that process has made the application process for the Low Income Housing Tax Credits a more level playing field.

She also says projects score lower when the developments aren't close enough to schools, grocery stores, libraries and other amenities.

Corianne Scally researches housing policy at the Urban Institute. She says public input around land use and zoning can also cause difficulty for affordable housing builders.

"Of course, there's community opinion, and that can sometimes be in opposition," Scally said.

She added that affordable housing projects can also lose out on the tax credits as the cost of land itself rises along with everything else.

"Land, for example, is not something that's generally covered by the tax credits. The tax credits are reserved for covering the building and the units," Scally said.

Liz Morales with Tucson Housing and Community Development said that’s one area where the city could up their chances, and her team is looking into ways to use more city-owned land for affordable housing.

Tucson mother and daughter reflect on time spent working in housing Rental and downpayment assistance only go so far in tight housing market Tucson looking for developers for new affordable housing
By posting comments, you agree to our
AZPM encourages comments, but comments that contain profanity, unrelated information, threats, libel, defamatory statements, obscenities, pornography or that violate the law are not allowed. Comments that promote commercial products or services are not allowed. Comments in violation of this policy will be removed. Continued posting of comments that violate this policy will result in the commenter being banned from the site.