The University of Arizona designed one of the instruments on board. by Associated Press Tweet 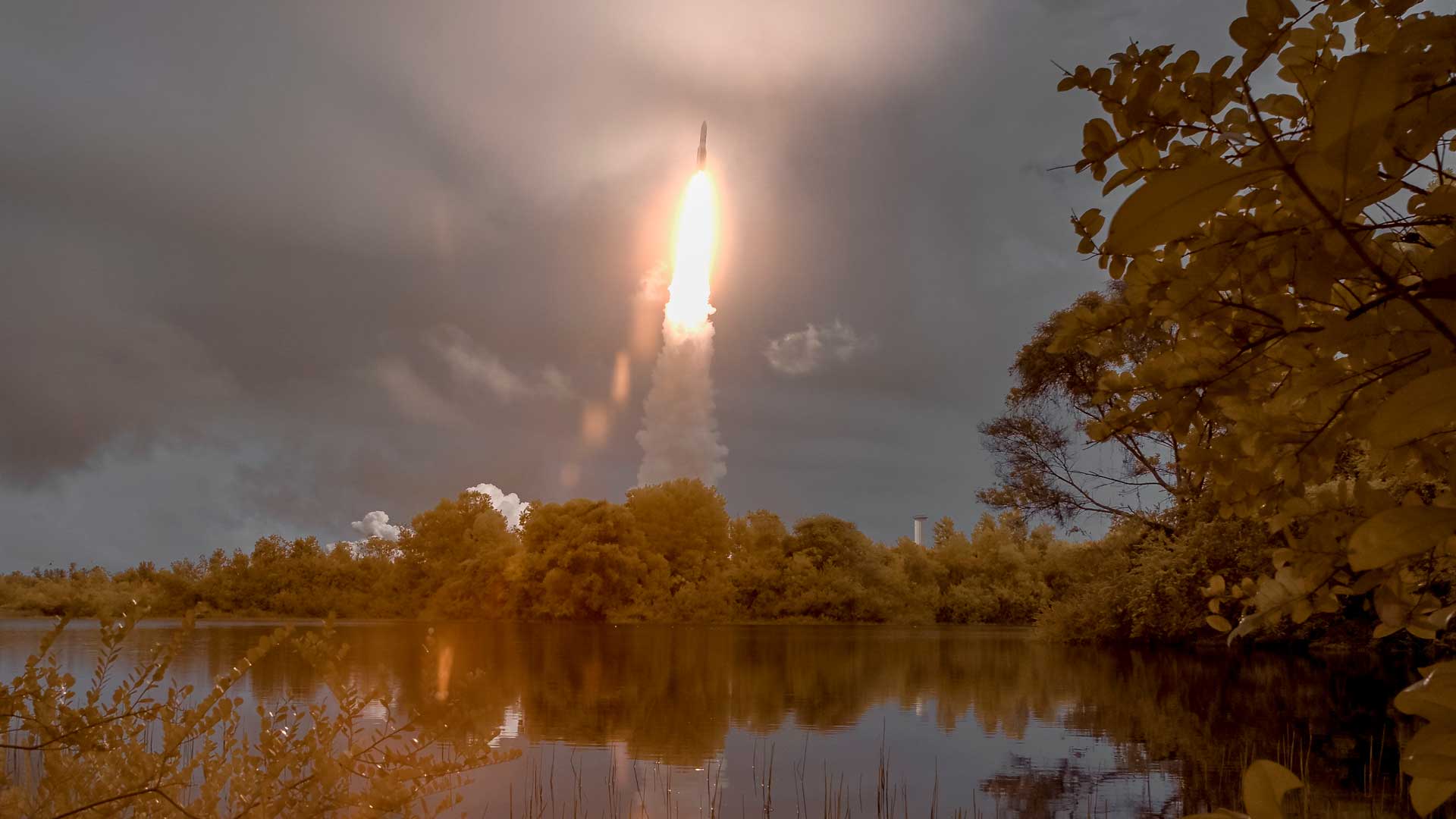 NASA launched the James Webb Telescope on 12/25/2021. The University of Arizona designed the Near-Infrared Camera that the telescope will use.
NASA/Bill Ingalls

The world's largest and most powerful space telescope has blasted off on a high-stakes quest to behold light from the first stars and galaxies.

The $10 billion infrared observatory is intended as the successor to the aging Hubble Space Telescope.

A team from the University of Arizona designed the Near-Infrared Camera that is part of the instrument package on the telescope.

It's hurtling toward its destination 1 million miles away. It will take a month to get there and another five months before it gets to work.

NASA partnered with space agencies in Europe and Canada to build and launch the new telescope.

Space telescope launch culminates special effort by Tucson company New astronaut list includes trainees with UA ties Making of the James Webb Space Telescope
By posting comments, you agree to our
AZPM encourages comments, but comments that contain profanity, unrelated information, threats, libel, defamatory statements, obscenities, pornography or that violate the law are not allowed. Comments that promote commercial products or services are not allowed. Comments in violation of this policy will be removed. Continued posting of comments that violate this policy will result in the commenter being banned from the site.