The economics and community of food

The Buzz examines how food moves through the economy and how it brings people together. by Christopher Conover and Emma Gibson Tweet 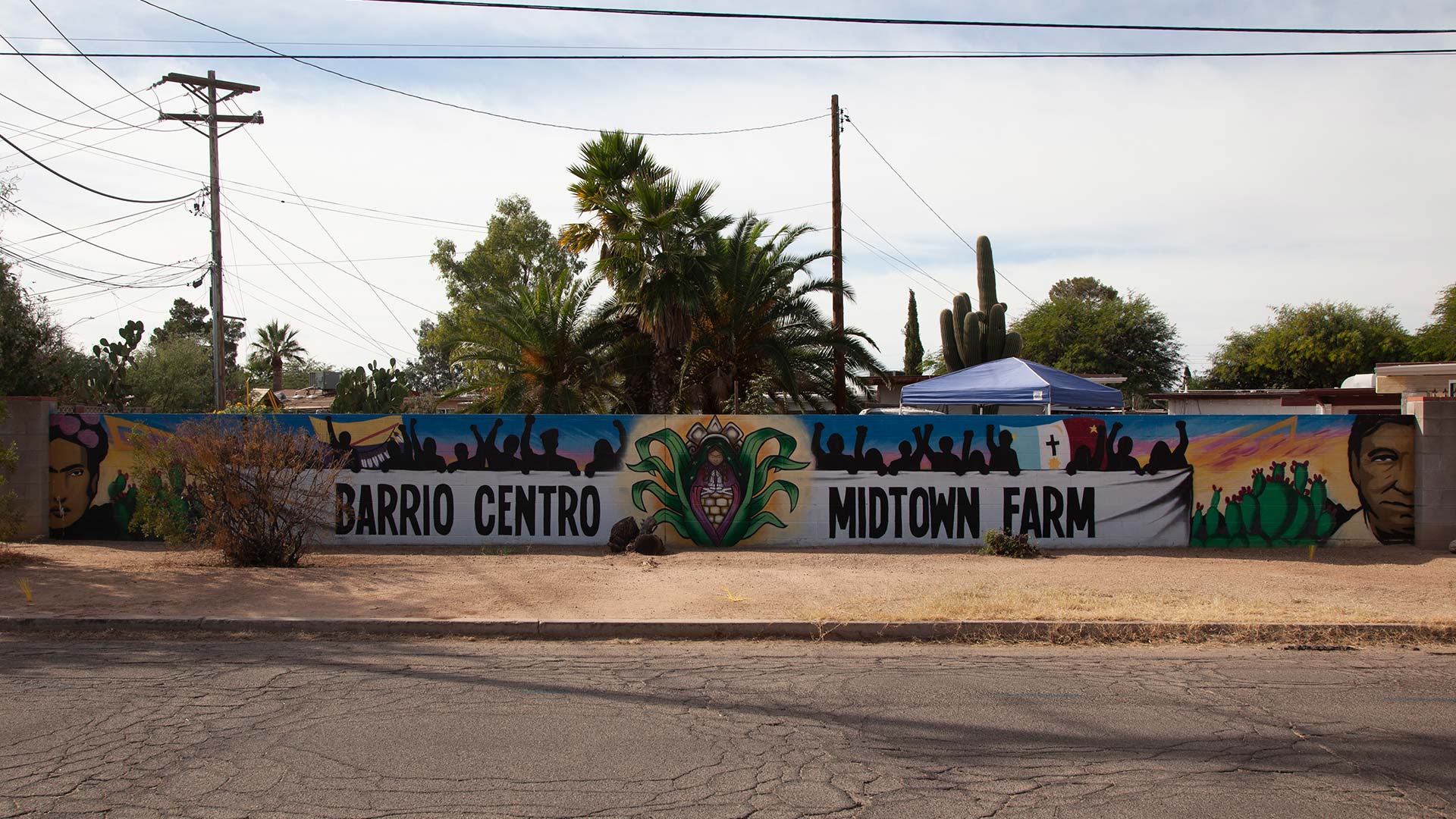 Flowers and Bullets is a grassroots movement that uses art and food to talk about larger issues, like gentrification or pollution, affecting Barrio Centro. This mural welcomes people visiting their Midtown Farm housed at the former Julia Keen Elementary School.
Emma Gibson/AZPM

Tito Romero is “growing the squash your nana grew.”

A co-founder of the group Flowers and Bullets, he helps run a farm on the grounds of the closed Julia Keen Elementary School in Barrio Centro.

The food it produces not only nourishes a community but also provides tools to talk about deeper environmental and social issues facing the neighborhood now and in the future.

“If you drive up and down 22nd Street, we don’t have any access to healthy food, organic food,” Romero said. “We have Jack in the Boxes, we have Long John Silver's, some Church’s [Chicken]. The Natural Grocers store is north of us in a more affluent community.”

He said several of the members are high school dropouts or "push outs," and the local communities are underserved.

“We come from what’s known as the hood — the barrio. But we see the magic and the beauty that’s behind here,” Romero said. 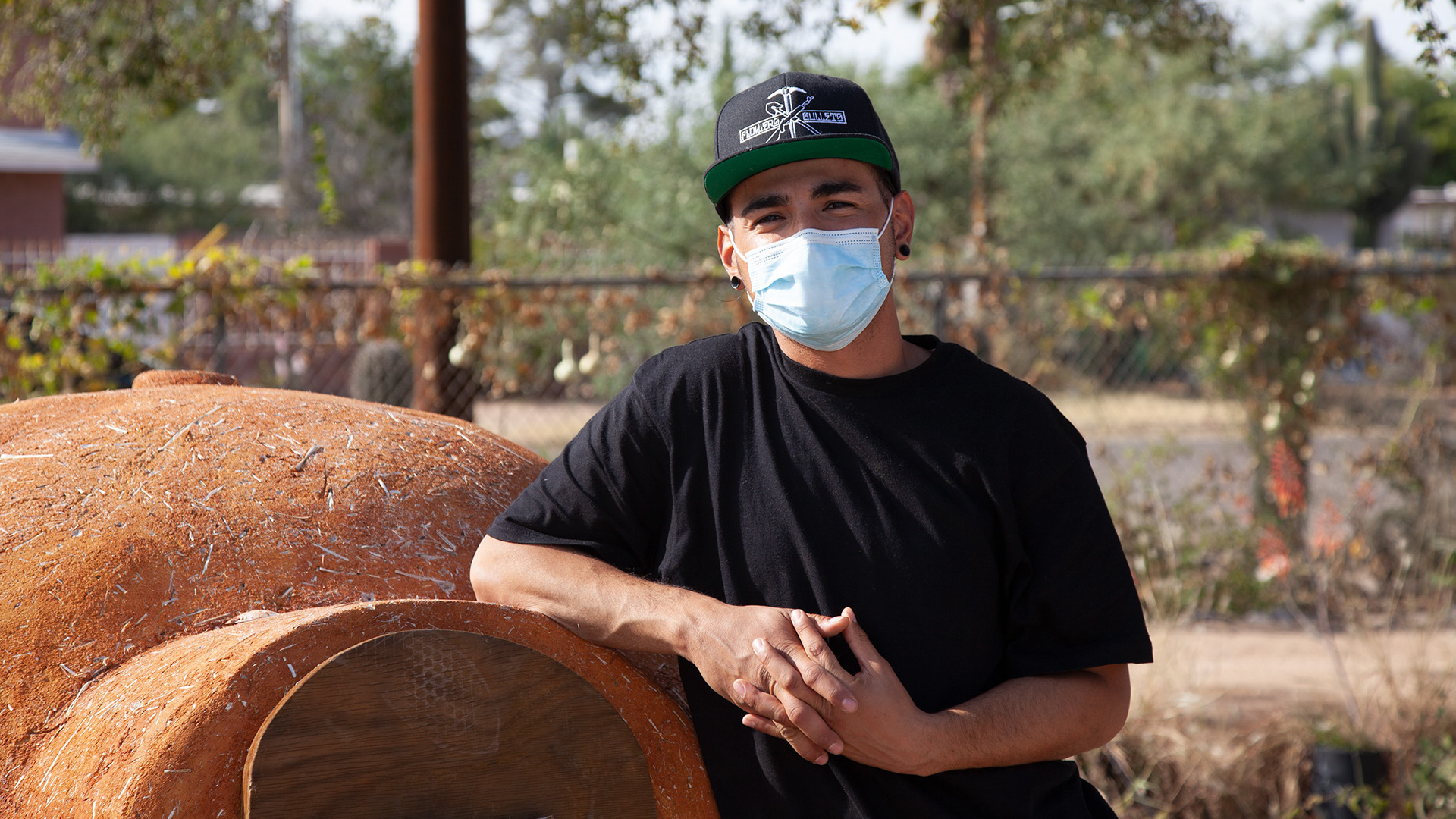 VIEW LARGER Tito Romero, the outreach coordinator and co-founder of Flowers and Bullets, posing by the group's new adobe oven. Flowers and Bullets is a grassroots movement that uses art and food to talk about larger issues, like gentrification or pollution, affecting Barrio Centro.
Emma Gibson/AZPM

Throughout the pandemic Flowers and Bullets made their own food subscription service using their small crop. They call it Barrio Sustained Agriculture and is a riff of the popular Community Supported Agriculture business model.

Joe Marlow, the owner of Southwinds Farm, has a CSA, too, and he said community is something he sees every week at the Rillito farmers market.

“A lot of what happens on Sunday morning at the market is that you see people come here. They buy their food and two then hours later you still see them. They’re walking around, right?” said Marlow. “They’re going and talking to their favorite vendors. It’s a little way to draw people together.”

Marlow has found customers like to know who their farmer is and where their food is grown.

And farmers markets as well his CSA have helped provide that community. 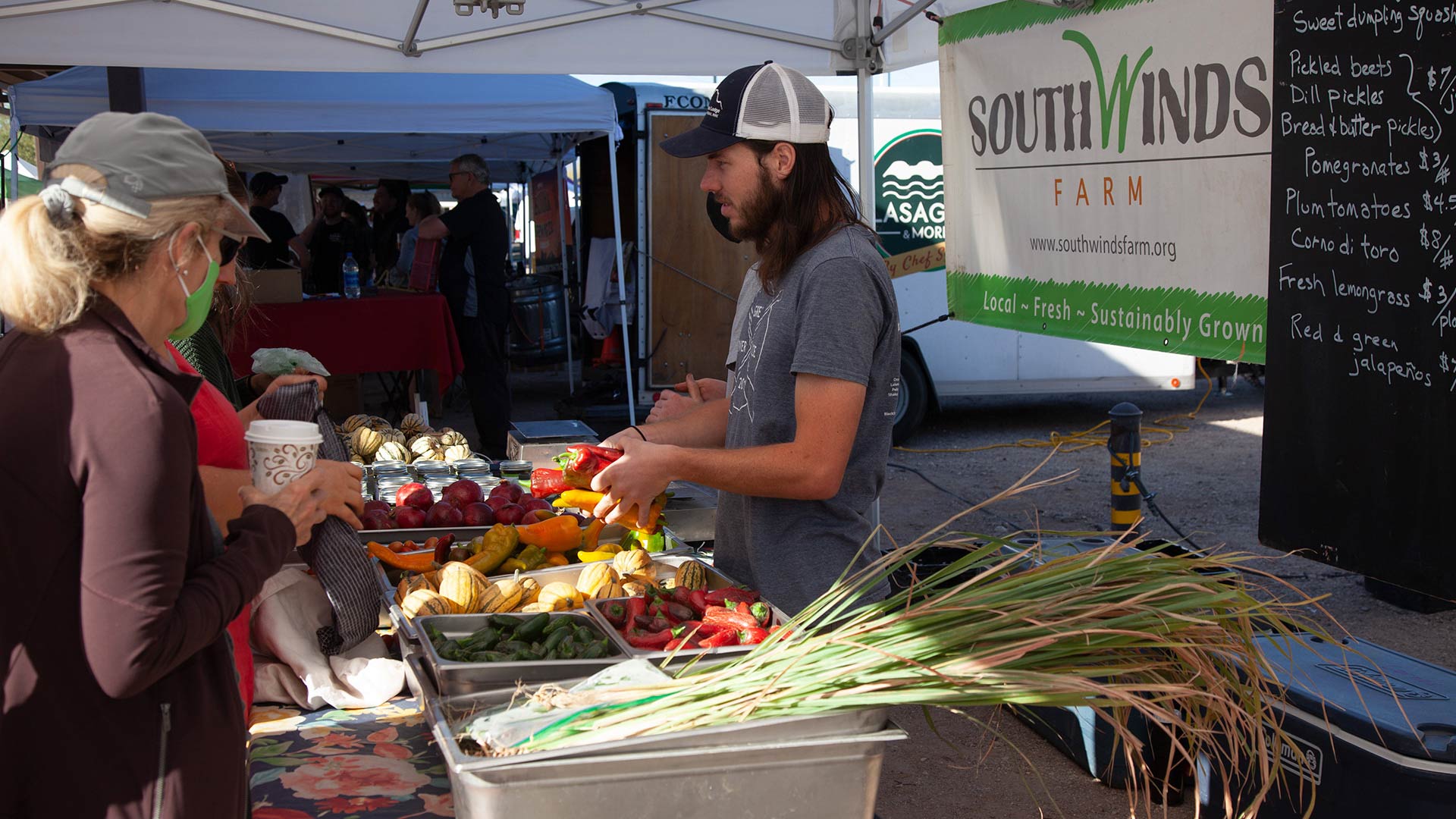 But food is part of a big economic system that has been thrown for a loop during the COVID-19 pandemic — a shock that is now showing up to some extent in prices shoppers see at the grocery store.

While demand for food at restaurants and schools plummeted, it rose at grocery stores, said George Frisvold, an economist at the University of Arizona College of Agriculture and Life Sciences.

“Huge shocks in prices in commodity markets for the raw commodities isn’t that unusual. What’s unusual now is it’s filtering down to the retail level,” he said.

According to the State of the Tucson Food System Report from the University of Arizona, found that 32% of households in the state were food insecure, as of August 2020. About 20% of people who identify as non-Hispanic white felt some insecurity, while 57% of Hispanic and 25% of what the report referred to as “others” experienced food insecurity. 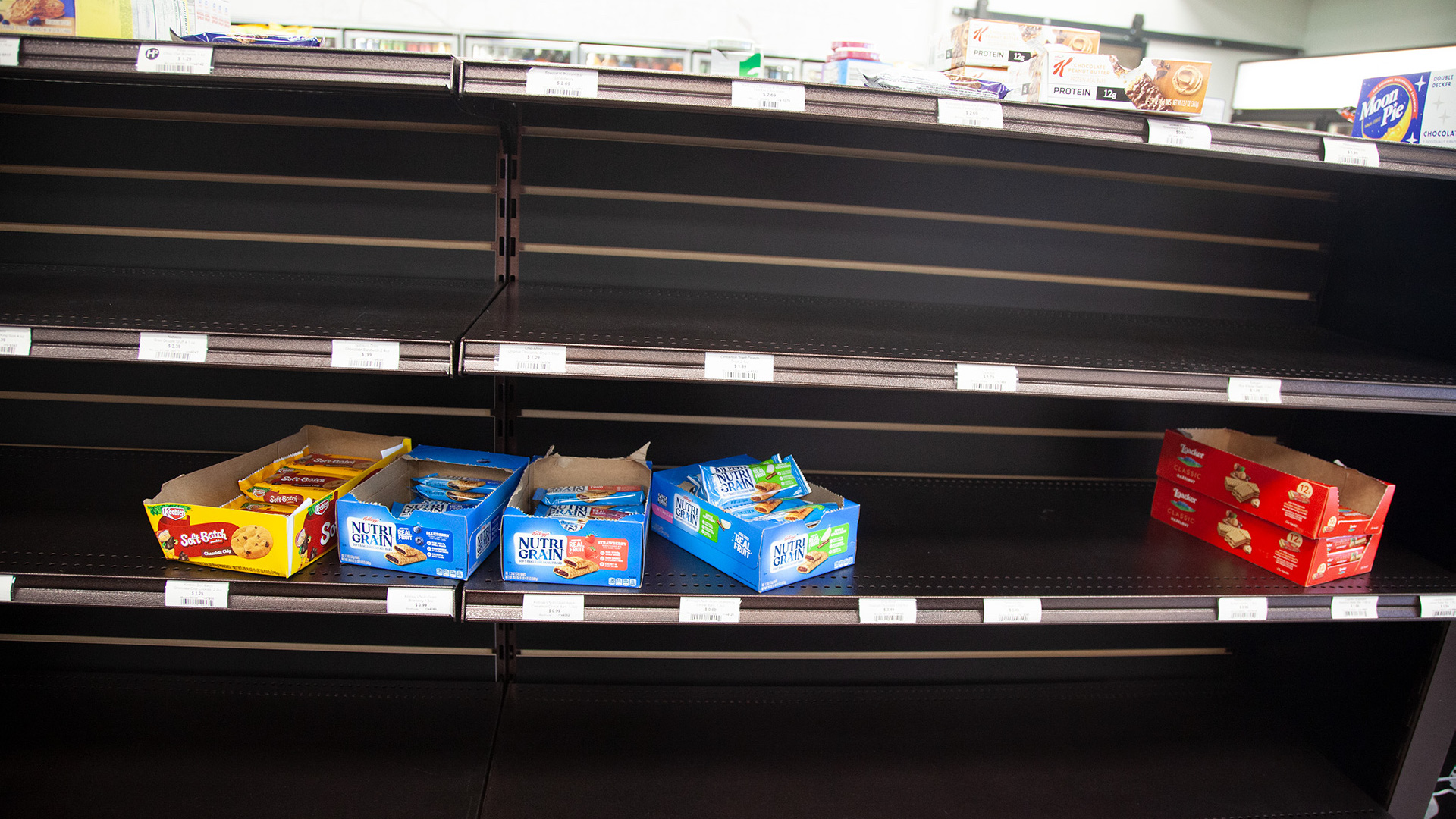 Schools and traditional food banks are not the only groups working to end food insecurity in Southern Arizona. Adair "Egg" Steig is with Tucson Food Share. It's a mutual aid group with the purpose of sharing food with the community.

It sprung out of the needs of the 2020 pandemic lockdowns, and Steig said it gave groceries and other supplies to about 7,000 people over the last year.

Food Bank of Southern Arizona estimates that about 153,150 people in Pima County were food insecure.

University of Arizona-backed research is finding the source for feelings of hunger New mobile food bank plies Tucson neighborhoods Looking back at 2021
By posting comments, you agree to our
AZPM encourages comments, but comments that contain profanity, unrelated information, threats, libel, defamatory statements, obscenities, pornography or that violate the law are not allowed. Comments that promote commercial products or services are not allowed. Comments in violation of this policy will be removed. Continued posting of comments that violate this policy will result in the commenter being banned from the site.