The binational initiative Artisans Beyond Borders sells embroidery made by asylum seekers waiting at the U.S. border in Sonora, Mexico. by Kendal Blust, Fronteras Desk Tweet 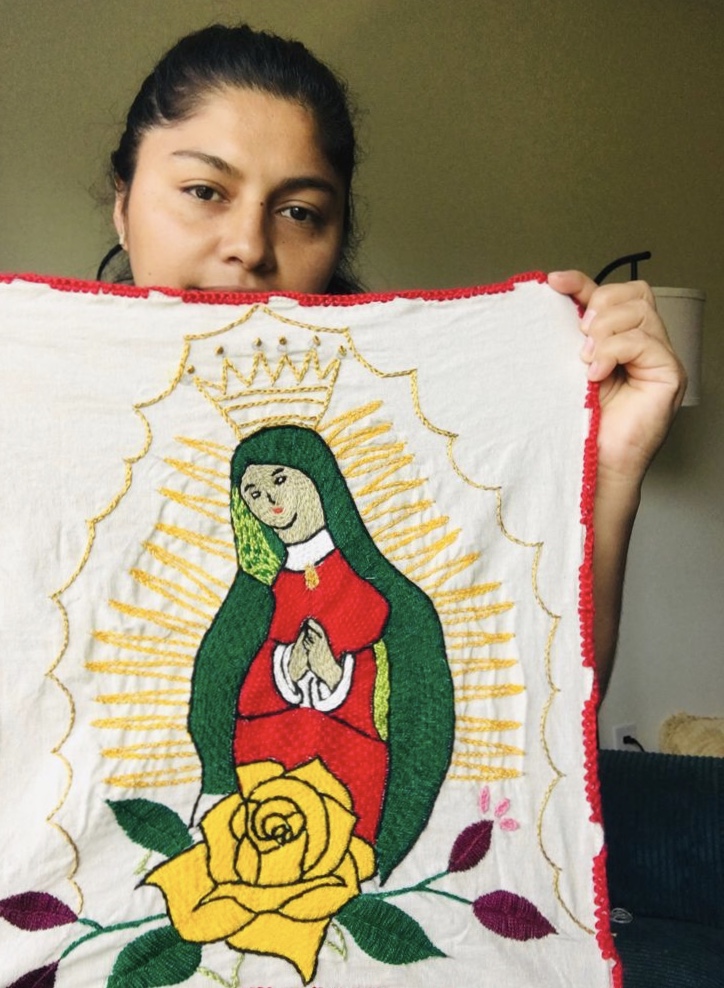 Irene, an asylum seeker, holds up an embroidery she made as part of Artisans Beyond Borders. (PHOTO: Courtesy of Valarie Lee James)

An artisan group that sells embroidery made by asylum seekers waiting at the U.S. border in Sonora, Mexico, will display their work at an event in Tucson this weekend.

Artisans Beyond Borders is a binational initiative that connects asylum seekers waiting in Nogales, Sonora, with resources to make and sell beautiful embroidered cloths, or mantas, in the U.S.

The group usually sells those embroideries on Etsy. But this weekend, they will be on display in Tucson alongside more than 100 other artists and sellers at the Tucson Museum of Art’s Annual Fall Artisans Market.

"It’s a pop up on Sunday, so it’s a one-time-only-event in person," said Valarie Lee James, who founded the group in 2018. "This holiday marketplace is an opportunity to get original beautiful embroideries that are made on manta cloth by asylum seekers who are stranded in shelters and on the streets on the border."

She called the event a unique chance to see the embroideries in person and talk with volunteers who know the artists and their stories.

Some ICE officers will begin wearing body cameras A record number of migrants died along the U.S.-Mexico border in 2021 Arizona data shows another deadly year for migrants along the border
By posting comments, you agree to our
AZPM encourages comments, but comments that contain profanity, unrelated information, threats, libel, defamatory statements, obscenities, pornography or that violate the law are not allowed. Comments that promote commercial products or services are not allowed. Comments in violation of this policy will be removed. Continued posting of comments that violate this policy will result in the commenter being banned from the site.