Tohono O'odham Officer Bryan Brown died Aug. 27, 2020, in the line of duty near the Desert Diamond Why Casino. by Emma Gibson Tweet 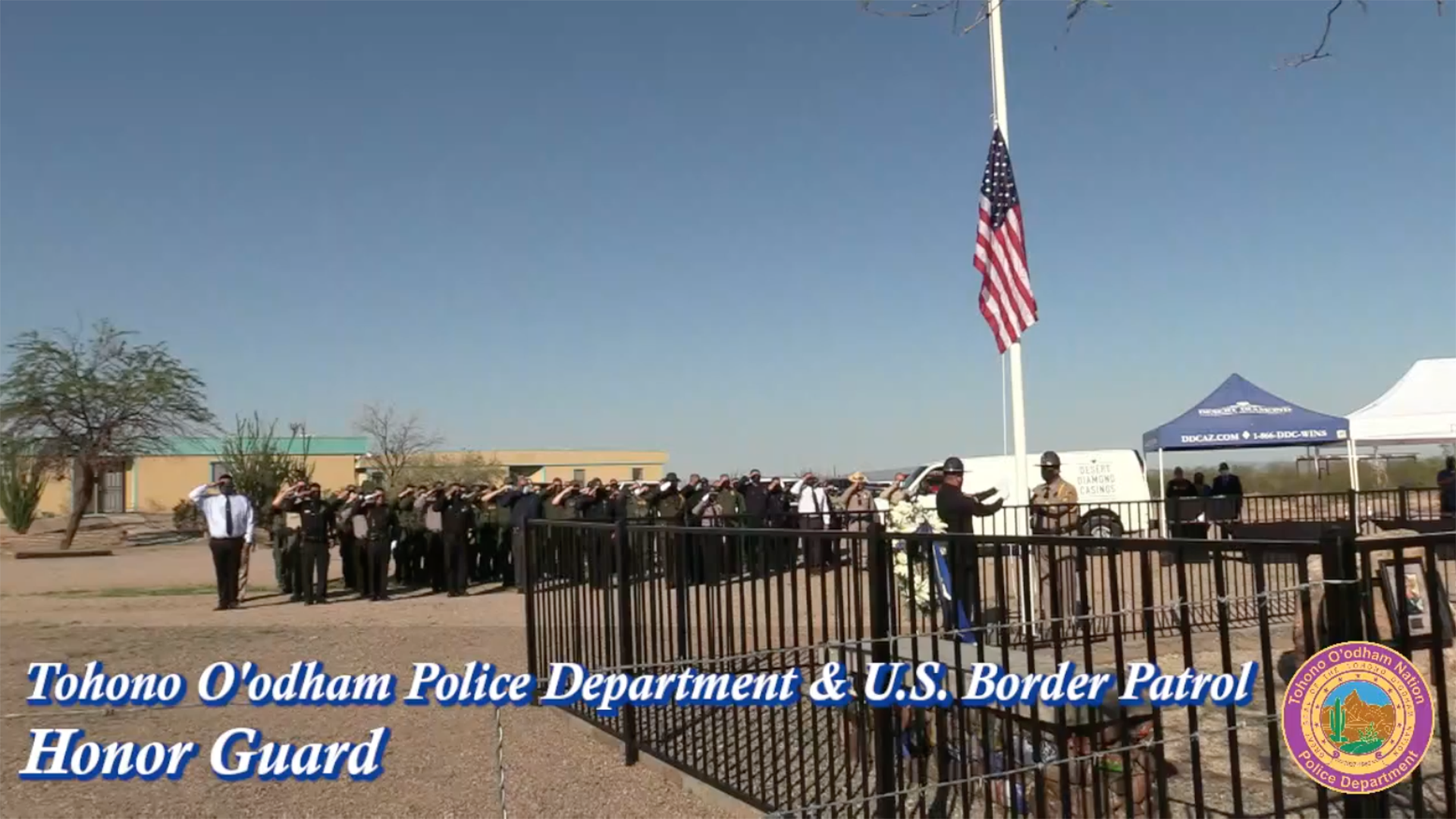 A Tohono O'odham officer who died in the line of duty August 2020 was remembered by loved ones Friday on the one year anniversary of his death in an "End of Watch Anniversary" gathering.

Immediate family, local leaders, and law enforcement came together for a private service to remember the life of Tohono O'odham Officer Bryan Brown. After a traditional blessing, Tohono O'odham Chief of Police Elton Begay reflected on Brown's happiness and respect for others. He also shared his nickname for Brown —Sunshine. 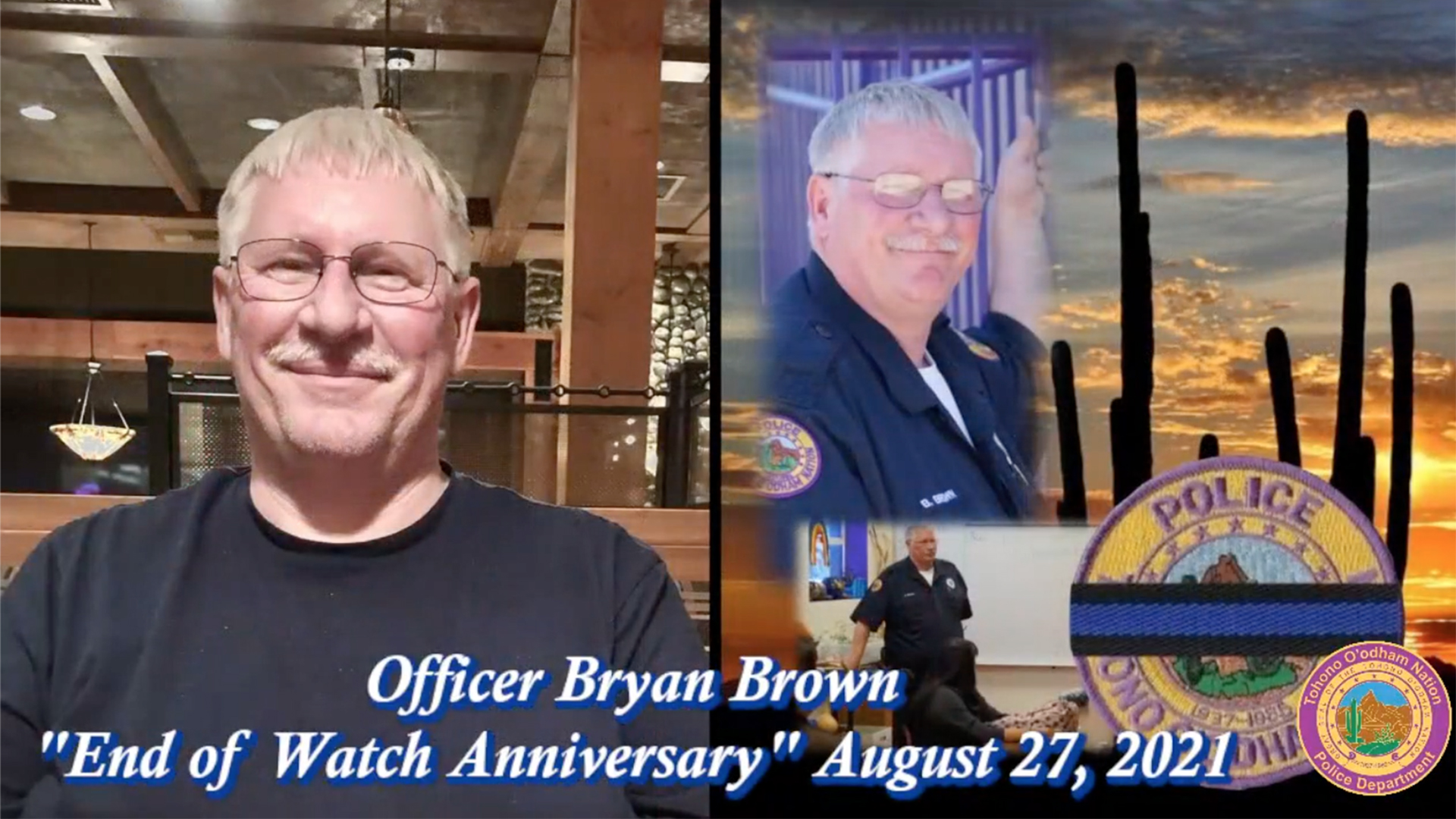 VIEW LARGER Images from memorial slides at the beginning of Tohono O'odham Nation Officer Bryan Brown's memorial service a year after his death.
Screenshot of Facebook video posted by the Tohono O'odham Office of Emergency Management

"He will never be forgotten, because he won't," Begay said. "And we all still love him for what he gave until that ultimate day."

Officer Brown died after an erratic driver who was also reported as armed ran him over with a vehicle near the Desert Diamond Why Casino.

The memorial service can be found on Tohono O'odham Office of Emergency Management's Facebook page.

The Buzz: UA students talk about the events leading to their professor's death Tucson Police Department chosen for National Public Safety Partnership Man convicted of killing Tucson teenager gets life in prison
By posting comments, you agree to our
AZPM encourages comments, but comments that contain profanity, unrelated information, threats, libel, defamatory statements, obscenities, pornography or that violate the law are not allowed. Comments that promote commercial products or services are not allowed. Comments in violation of this policy will be removed. Continued posting of comments that violate this policy will result in the commenter being banned from the site.