Two decades since the first version of the DREAM Act was brought to the U.S. Senate, Arizona Dreamers host panel asking for change. by Alisa Reznick Tweet 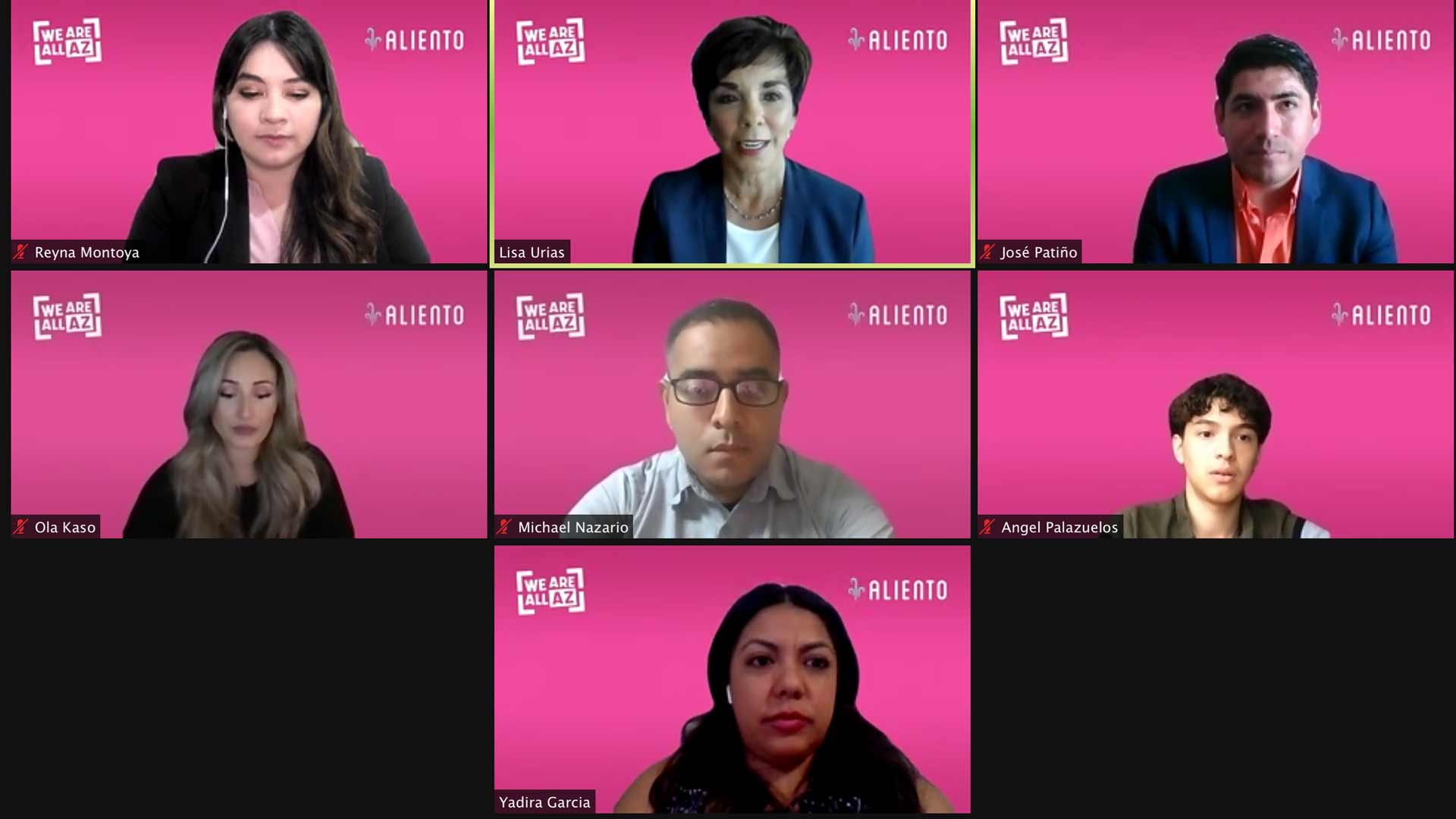 It's been 20 years to the day since the DREAM Act, the bill that would haven given some undocumented people brought to the country as children a pathway to citizenship, was first heard by the U.S. Senate.

In a virtual panel hosted by Mesa-based Immigrant advocacy group Aliento, local Dreamers marked the day with stories of how immigration policy has affected their lives.

The event included recipients of the Deferred Action for Childhood Arrivals, or DACA, permanent residents and new citizens, and undocumented people like Angel Palazuelos, a student at Arizona State University whose family came to Arizona from Mexico.

"One of the terms to be eligible for DACA is having resided in the US before June 15, 2007, I like to call that the magic number, one because it just feels arbitrary to me, and two because it gatekeeps Dreamers from following their dreams," he said.

Palazuelos’ family arrived in the U.S. just three days after that deadline, so he and his brother don’t qualify for DACA.

The Obama-era program gave some 700,000 undocumented people protection from deportation and a work permit, but it's just a fraction of an estimated 1.5 million so-called Dreamers who hoped to benefit from the DREAM Act.

Almost a dozen versions of the bill have failed in Congress over the last two decades. Panelists talked about how living without permanent status during those years has affected their families.

Yadira Garcia, a DACA recipient who now works as a math teacher at the Phoenix high school where she graduated, said her father received a deportation order in 2010, just days after her grandfather passed away in Sonora.

Her 5-year-old daughter's tiny hand came into frame to wipe a tear from her eyes as she recounted the story.

"It was a very surreal situation to go through, because at that point, I was still very involved in the immigration [reform] fight in Arizona and it happened to me, and I kind of froze," Garcia said. "I didn't know what to do, it felt like I should have been more prepared. I tried, but it didn't matter, he still got deported."

Garcia said she tries to use her experience to help other students from mixed immigration status families.

The latest version of the citizenship bid, the American Dream and Promise Act, passed in the House earlier this year. Panelists said now they want Arizona lawmakers to help make sure it gets through the Senate.

Ex-Arizona Supreme Court judge to probe ballot printer issue Student gumshoes at GCU collaborate with Phoenix police to create shoeprint database Hobbs focuses on border, schools in 1st speech to lawmakers
By posting comments, you agree to our
AZPM encourages comments, but comments that contain profanity, unrelated information, threats, libel, defamatory statements, obscenities, pornography or that violate the law are not allowed. Comments that promote commercial products or services are not allowed. Comments in violation of this policy will be removed. Continued posting of comments that violate this policy will result in the commenter being banned from the site.