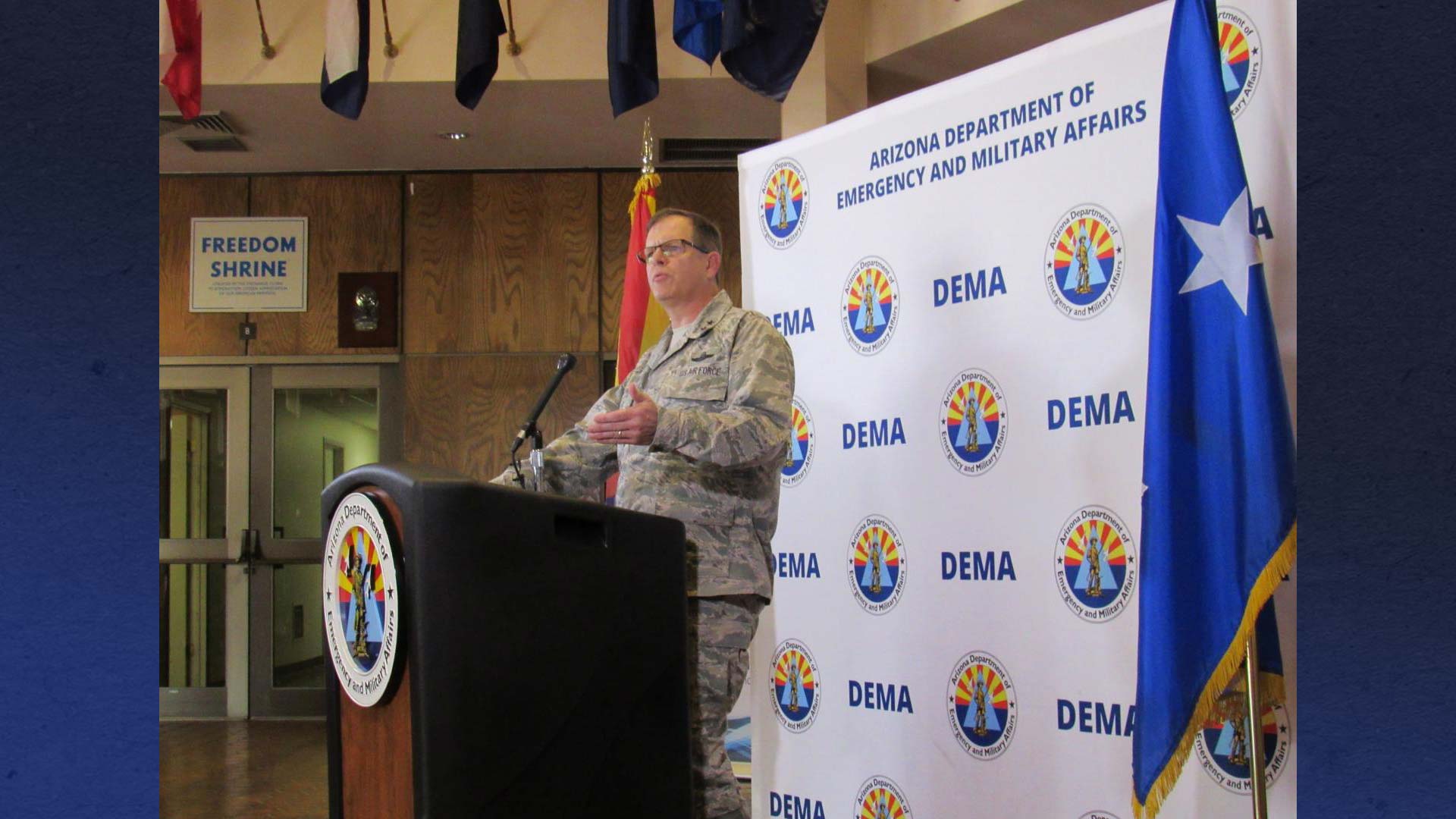 McGuire on Tuesday became the second major Republican looking to unseat Democrat Mark Kelly. He stepped down earlier this year as head of the Arizona National Guard, where he helped lead the state's response to the COVID-19 pandemic.

McGuire introduced himself with an online video highlighting his military career and presenting himself as a political outsider tired of “weak leaders” and “politicians who sit on the sidelines.”

Tucson businessman in Senate race Which Arizona political figures are favorable ahead of 2022 midterms Brnovich runs for Senate
By posting comments, you agree to our
AZPM encourages comments, but comments that contain profanity, unrelated information, threats, libel, defamatory statements, obscenities, pornography or that violate the law are not allowed. Comments that promote commercial products or services are not allowed. Comments in violation of this policy will be removed. Continued posting of comments that violate this policy will result in the commenter being banned from the site.