Maricopa County declined to participate in the meeting. by Christopher Conover Tweet 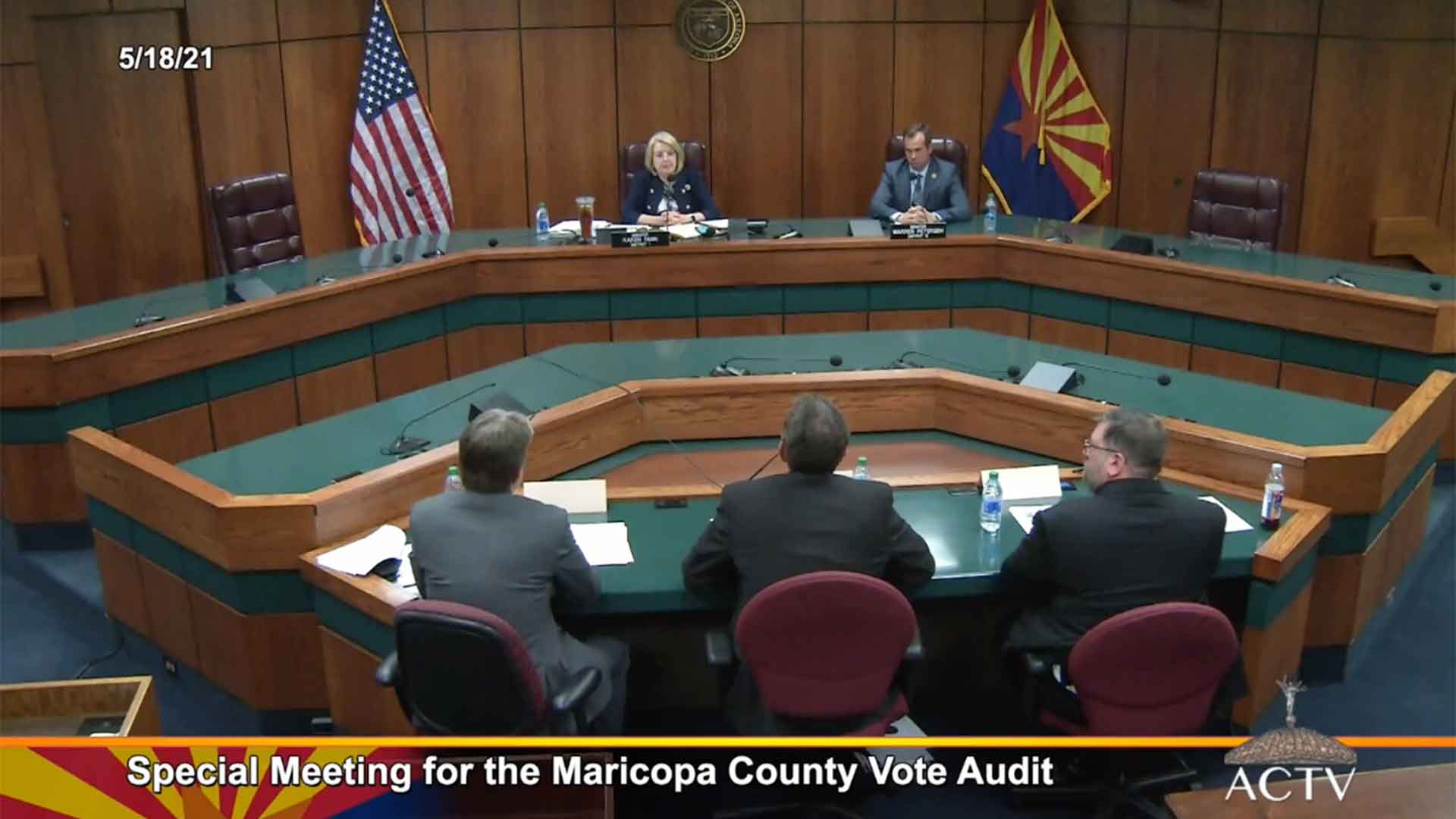 Sen. President Karen Fann and Sen. Warren Petersen, the chair of the Senate Judiciary Committee, meet with members of the team auditing the results of the Presidential election in Maricopa County. May 18, 2021
ACTV

Senate President Karen Fann met with heads of the companies conducting the audit of the Presidential election in Maricopa County on Tuesday.

The meeting was a “closed hearing” according to Fann but it was streamed on the legislature’s website though the feed dropped out repeatedly.

During the hour-long meeting, Fann said she does not expect the audit to find problems with the election results.

“I’m relatively sure we’re not going to find anything of any magnitude that would imply that any intentional wrongdoing was going,” said Fann.

Maricopa County officials were invited to participate in the meeting but following a days-long war of words between the county and state Senate Republicans no one from the county attended.

During the meeting, the Maricopa County Twitter feed repeatedly refuted comments from the auditors.

When auditors said they were able to recover files they thought were deleted, the county’s Twitter feed asked whether those files were found after county officials gave the auditors a document explaining how to find the files.

Fann also questioned when the audit would be finished.

“We’re expecting to finish the counting process before the end of June. We’ve had a number of technical issues that we ran through in the course of everything that’s required some adjustments and bring a whole bunch of more people to make the counting happen,” said Doug Logan, the head of Cyber Ninjas.

The original plan was to finish the audit by May 14.

The audit is currently on hold because the facility used for the counting is currently rented out for other events including Phoenix-area graduations.

Republican-led Maricopa County Board fights back against election audit and claims of voter fraud Republican Arizona election official calls Trump accusation "unhinged" Election conspiracies live on with audit by Arizona Senate Republicans
By posting comments, you agree to our
AZPM encourages comments, but comments that contain profanity, unrelated information, threats, libel, defamatory statements, obscenities, pornography or that violate the law are not allowed. Comments that promote commercial products or services are not allowed. Comments in violation of this policy will be removed. Continued posting of comments that violate this policy will result in the commenter being banned from the site.