The bill would keep filing and registration deadlines from moving. by Christopher Conover Tweet 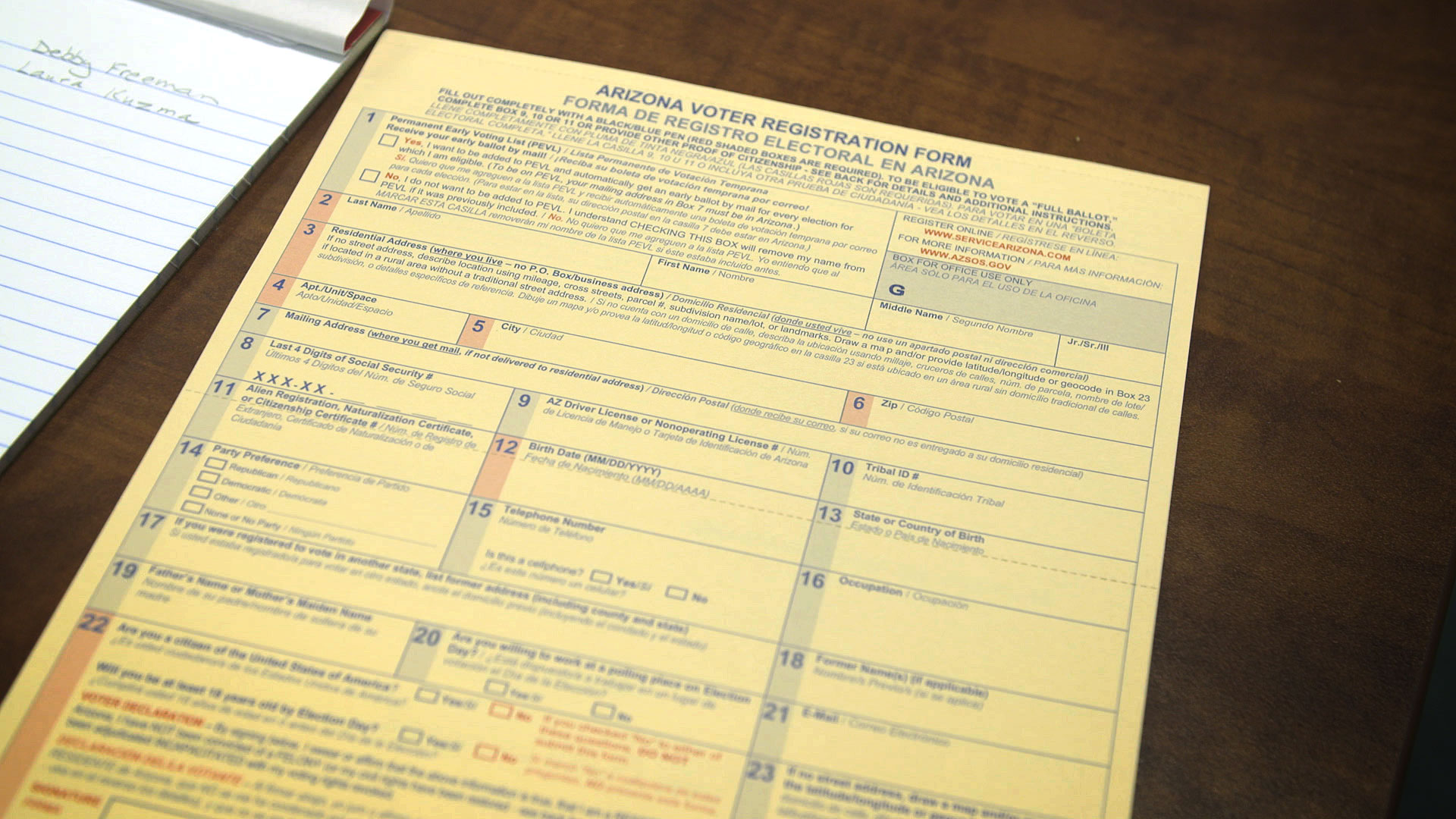 Candidate filing and voter registration deadlines could not be moved by state or local officials under a bill passed by the Arizona Senate on Monday.

House Bill 2794 allows deadlines to be moved only by a judge.

Opponents said they do not see a need for the proposal.

“I believe that this bill is a response to efforts that were made to accommodate voters during a worldwide pandemic during this last election and I would like to remind the members, Madam President, that accommodating voters does not encourage voter fraud it encourages voter participation,” said Sen. Martin Quezada, D-Phoenix.

In October, a judge extended the voter registration deadline after groups said the COVID-19 pandemic prevented them from registering people to vote.

That deadline extension was quickly ended with the U.S. Ninth Circuit Court of Appeals struck the change down.

Democrats stop budget vote in AZ House Flat tax proposal stalls in AZ House Report breaks down active voter registrations across Arizona
By posting comments, you agree to our
AZPM encourages comments, but comments that contain profanity, unrelated information, threats, libel, defamatory statements, obscenities, pornography or that violate the law are not allowed. Comments that promote commercial products or services are not allowed. Comments in violation of this policy will be removed. Continued posting of comments that violate this policy will result in the commenter being banned from the site.