2020 was one of the deadliest years on record for migrants in the state's borderland. by Alisa Reznick Tweet 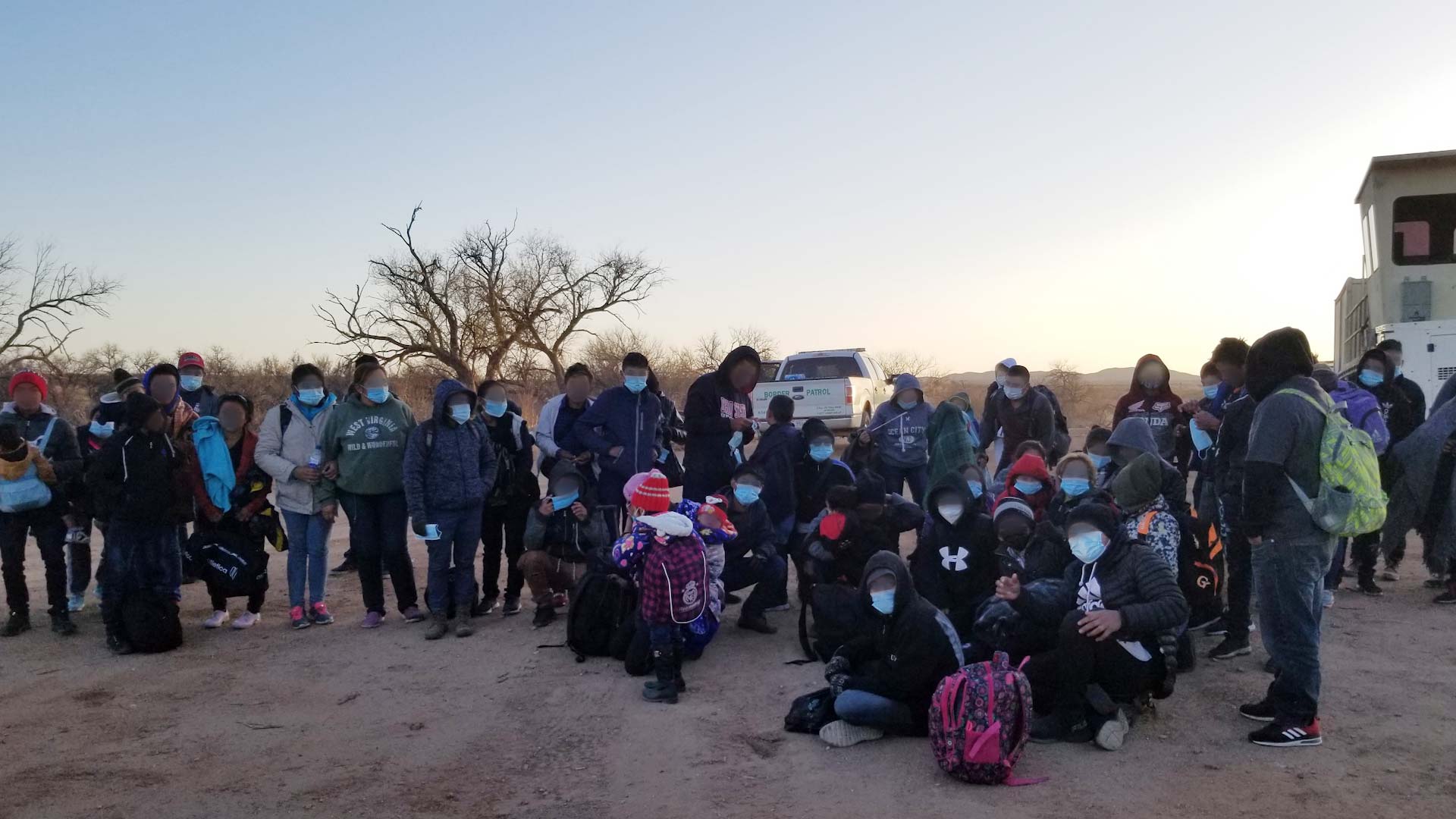 A group of migrants apprehended by Border Patrol agents in Sasabe on March 24, 2021.
Customs and Border Protection

The Border Patrol Tucson Sector hosted an annual border safety event on Thursday warning migrants about the dangers of crossing the desert.

The agency invited human rights groups and Mexican and Guatemalan government representatives to talk about the journey and discourage citizens from making it. Tucson Sector Deputy Chief Patrol Agent Sabri Dickman said Arizona’s border is the most dangerous terrain for migrants.

"The terrain is extreme, the summer heat is severe, and the miles of desert you must hike after crossing the border are unforgiving," he said. "It’s a fact, more migrant deaths have been reported in Arizona than anywhere else along the southwest border."

More than 3,000 migrants have died in the Arizona borderland over the last two decades as increased enforcement in urban areas like El Paso and San Diego has pushed people into more remote and dangerous border terrain.

Tucson Air Branch Director of Air and Marine Operations Michael Montgomery said agents are responsible for a large swath of terrain where it can be difficult to locate those in distress.

"There are about 18,000 square miles of desert and mountains we cover and a person lost and in need of help is a proverbial needle in a haystack," he said. "Please stay out of the desert, lives are at stake."

Guatemalan Consul in Tucson Carlos de Leon told a group of reporters his office receives calls from families who were told their loved one was left in the desert by human traffickers who promised to return for them.

"This is a lie," he said in Spanish. "No one is going to return to search in the desert."

Customs and Border Protection data shows more than 178,000 apprehensions occurred along the U.S.-Mexico border in April, the highest monthly count in two decades. Though unaccompanied children are now permitted entry into the United States, single adults and some families are still being turned back to Mexico without processing under the pandemic-era protocol, Title 42.

Border Patrol representatives urged migrants to preserve their cell phone batteries and dial 911 if in peril. Montgomery said his agents have already carried out 27 rescue missions so far this year.

But Rights groups have argued that CBP doesn’t do enough to save lives in the desert. In a report last year, the advocacy group No More Deaths alleged more than half of distress calls do not result in a confirmed rescue mission by the Border Patrol.

2020 marked one of the hottest and deadliest years on record for migrants crossing the border in Arizona, with 227 sets of human remains found across the state, according to the advocacy group Human Borders.

Juanita Molina with the advocacy group Border Action Network said while Border Patrol's aid resources are critical, the issues driving people to migrant mean many will still make the journey.

"As much as we try to talk to populations and we do outreach throughout Central America and discouraging people from crossing, at the same time what I hear thousands of times over these years, 'I'd rather die trying,'" she said. "As much as we try to produce this message, we know that people are going to continue to cross. What I hope from this community is that we continue to put resources into saving those who come to our shores, saving those who cross through our desert."

Hours expand at major Nogales port of entry Documentary exploring death and disappearances along South Texas border comes to Tucson Mexico’s president says U.S. must tackle root causes of migration
By posting comments, you agree to our
AZPM encourages comments, but comments that contain profanity, unrelated information, threats, libel, defamatory statements, obscenities, pornography or that violate the law are not allowed. Comments that promote commercial products or services are not allowed. Comments in violation of this policy will be removed. Continued posting of comments that violate this policy will result in the commenter being banned from the site.