Judge rules for transparency in state Senate vote audit, but will not halt the count

Judge also rules senate and Sec. of State Hobbs must come to an agreement for Hobbs to inspect the audit site Tweet 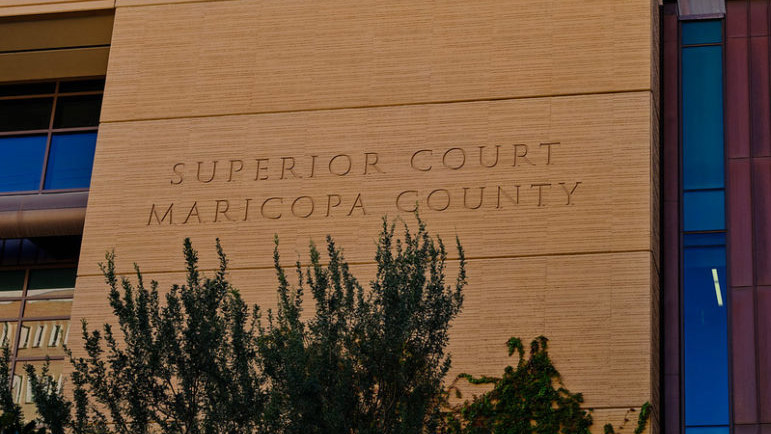 The ruling rejects a request from the audit .company Cyber Ninjas to hide its procedures from the public and the media to "protect trade secrets." The judge said the documents filed by Cyber Ninjas must be made public by noon Thursday.

Wednesday's decision was both a loss and a win for the Arizona Democratic Party. Its lawyers argued the Senate's secrecy put voter privacy at risk and wanted the recount halted or at least the policies made public. Lawyers for the Senate say no voter information is at risk.

The recount is now in its sixth day.

State fairgrounds charges Senate $128,074 for election review Campaigns to repeal new state tax, election laws face Sept. 28 deadline Judge refuses to block new Arizona sports betting law
By posting comments, you agree to our
AZPM encourages comments, but comments that contain profanity, unrelated information, threats, libel, defamatory statements, obscenities, pornography or that violate the law are not allowed. Comments that promote commercial products or services are not allowed. Comments in violation of this policy will be removed. Continued posting of comments that violate this policy will result in the commenter being banned from the site.