Border officials report a record number of apprehensions, but most are still being turned away

The Biden administration is still employing a Trump-era policy that allows agents to send almost all migrants back to Mexico. by Alisa Reznick Tweet 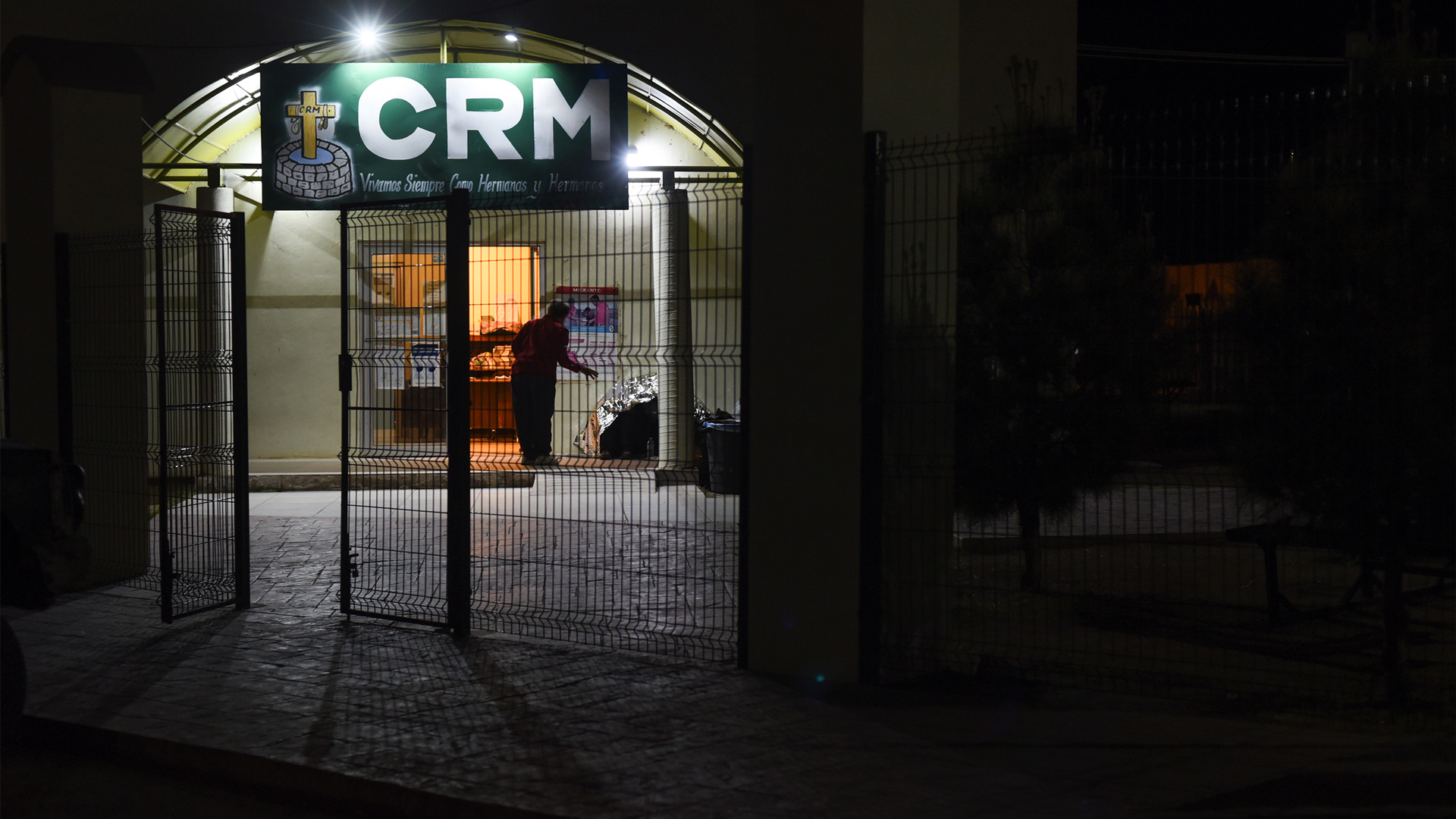 A volunteer speaks to migrants keeping warm under an emergency blanket after an early-morning expulsion at the Migrant Resource Center in Agua Prieta.
Alisa Reznick/AZPM

New data out from Customs and Border Protection shows agents and port personnel encountered more than 170,000 people across U.S.-Mexico border last month, higher than at any time since at least 2006.

Migrant advocates say natural and man-made disasters in Mexico and Central America are driving more people to the border. But conservative politicians like Arizona Governor Doug Ducey insist the increase is because President Joe Biden is rolling back Trump administration immigration policies.

"I’m going to call this situation what it is, a crisis, a man-made crisis, caused by elites in Washington D.C. who are totally divorced from realities on the ground," Ducey said last month during a press event in Douglas.

It's true border communities are seeing more asylum seekers and families, and some Trump-era policies are rolling back. But that isn't the case for Title 42, a public health code enacted under Trump that the Biden administration has used to turn back the majority of people at the border today.

When the public health protocol went into effect last March, Trump administration officials said it would stem the spread of COVID-19 by allowing Border Patrol agents to send almost all migrants back into Mexico in a matter of hours. This month, Juan Manuel Perez became one of them. 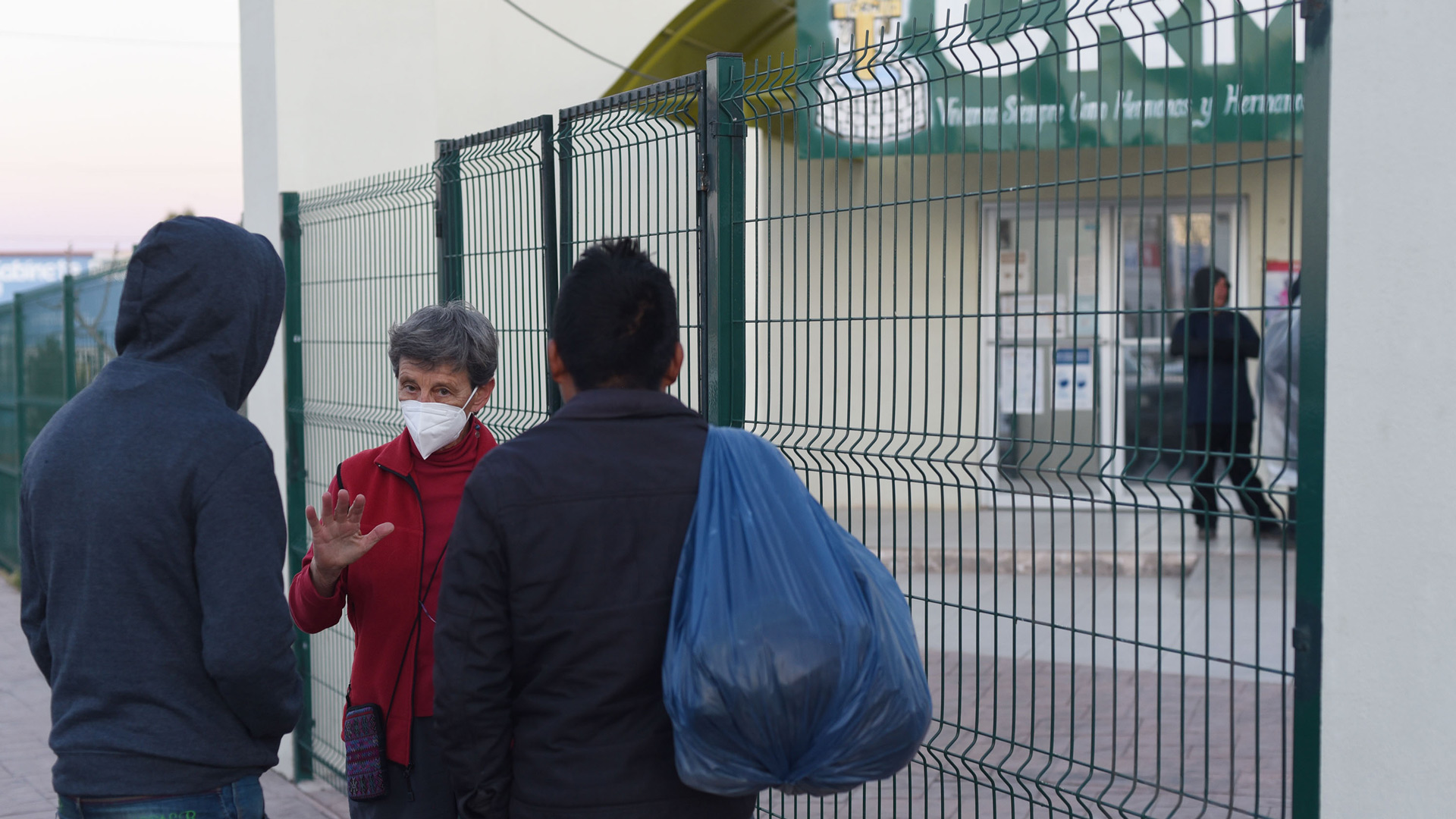 VIEW LARGER A volunteer speaks with migrants who have just been expelled under Title 42 in Agua Prieta. Volunteers say many migrants are being removed before dawn, when shelters are closed and services are limited.
Alisa Reznick/AZPM

"I was very surprised because supposedly they were going to give me 8 months in prison again because I’ve been deported three times," he said in Spanish.

Perez spent two months in immigration detention in 2015 after trying to cross the border illegally in Texas, he was deported to Guatemala, where he's from. He was apprehended by Border Patrol agents again this Easter in the Arizona desert. But this time, they just took his fingerprints and his name and by morning, he was back across the border in the Mexican town of Agua Prieta.

He said he's relieved not to be in detention. But getting to the U.S. is more important now than ever.

"Well, because of the great need I have," he said. "I have an 8-year-old son. He is sick. He needs surgery and I don’t have money."

Under Title 42, people don’t face the same legal repercussions for crossing multiple times. And CBP data shows repeat crossings are happening more often — almost 30% of those apprehended in March had been taken into custody more than once.

But it also means the small amount of due process afforded to migrants before the pandemic is nonexistent.

I met Perez at an Agua Prieta aid site called the Migrant Resource Center, where volunteers cooked as migrants rested outside. Center organizer Betto Ramos said dozens are expelled to Agua Prieta at all hours of the day. But despite the pandemic, they still find ways to help.

"We keep responding because really, they migrants are very vulnerable and they need a lot of help from us, help from the organizations," he said in Spanish. 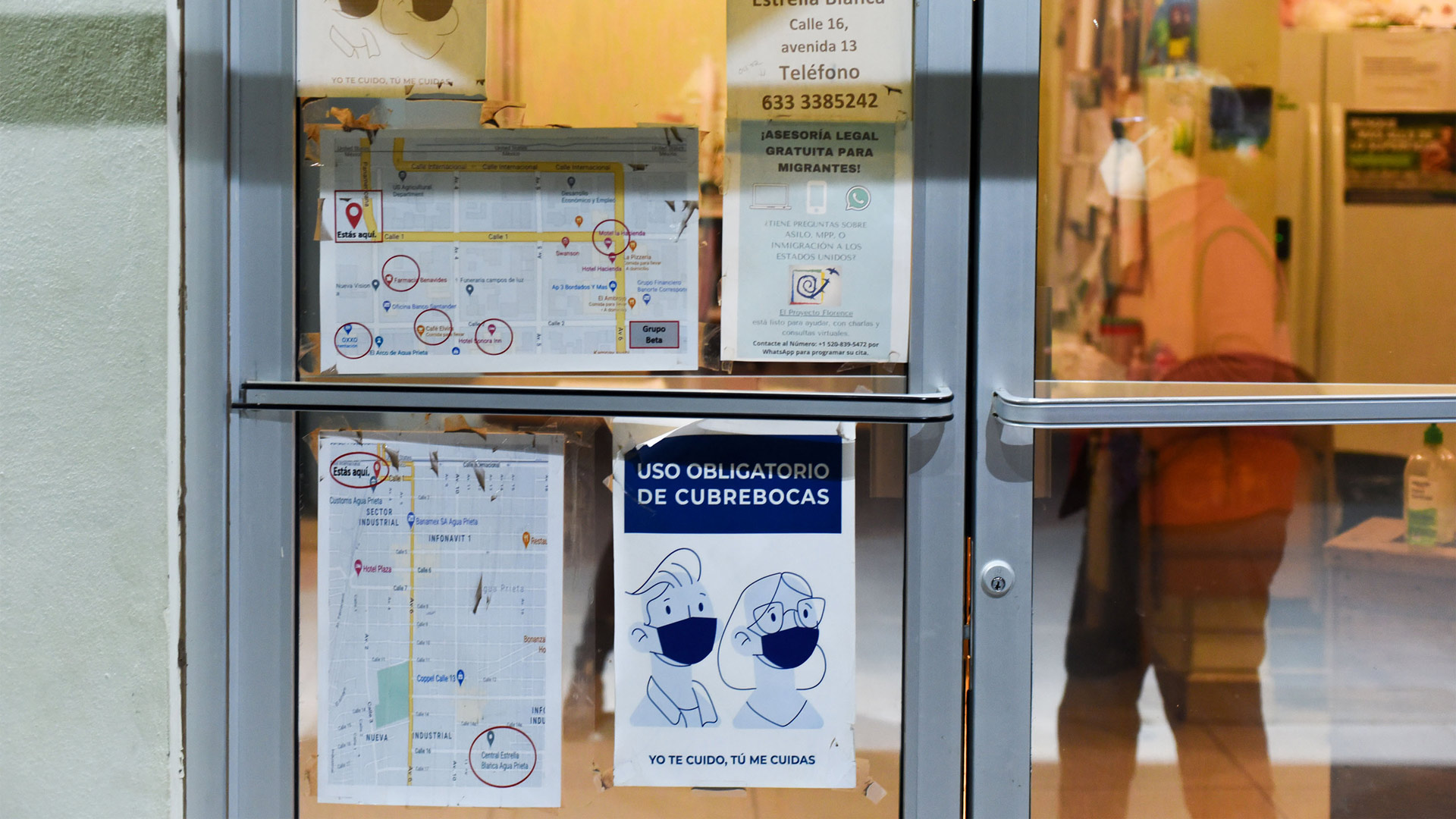 VIEW LARGER A collection of signs hang in front of the Migrant Resource Center showing COVID-19 precautions, maps and transportation information for migrants. Volunteers say people are often unaware of where they are because they could be apprehended in one part of the desert and removed miles away to another port.
Alisa Reznick/AZPM

Unaccompanied children are no longer subject to Title 42 under Biden. But on a media call in March, a senior CBP official said the agency is still using it to remove families and single adults. CBP figures show of more than 52,000 families encountered by the agency in March, just over 17,000 were turned away under Title 42.

Alex Miller, a lawyer with the legal aid group Florence Immigrant and Refugee Rights Project, said conditions at the border are creating confusion. A family could be admitted by the Border Patrol in one place and turned away in another. She said that makes it hard to advise people on what to do next.

"We encourage them to wait, we highlight the dangers," she said. "But really with no pathway forward and the danger that folks face daily at the border, there’s little incentive at this point, after a year of Title 42, to wait."

The impossibility of waiting is how Perez, the Guatemalan father, explained his own situation. Sitting on a bench at the Migrant Resource Center in Agua Prieta, he said back home, the need is great, not just for him, but for many.

Perez said he just wants an opportunity to work and send money home. Right now he doesn't have the means to attempt another border crossing. So, he hopes for luck.

Douglas voters reject pay raise for mayor, council Jan. 6 panel subpoenas Biggs Ducey signs bills limiting school mask, vaccination rules
By posting comments, you agree to our
AZPM encourages comments, but comments that contain profanity, unrelated information, threats, libel, defamatory statements, obscenities, pornography or that violate the law are not allowed. Comments that promote commercial products or services are not allowed. Comments in violation of this policy will be removed. Continued posting of comments that violate this policy will result in the commenter being banned from the site.