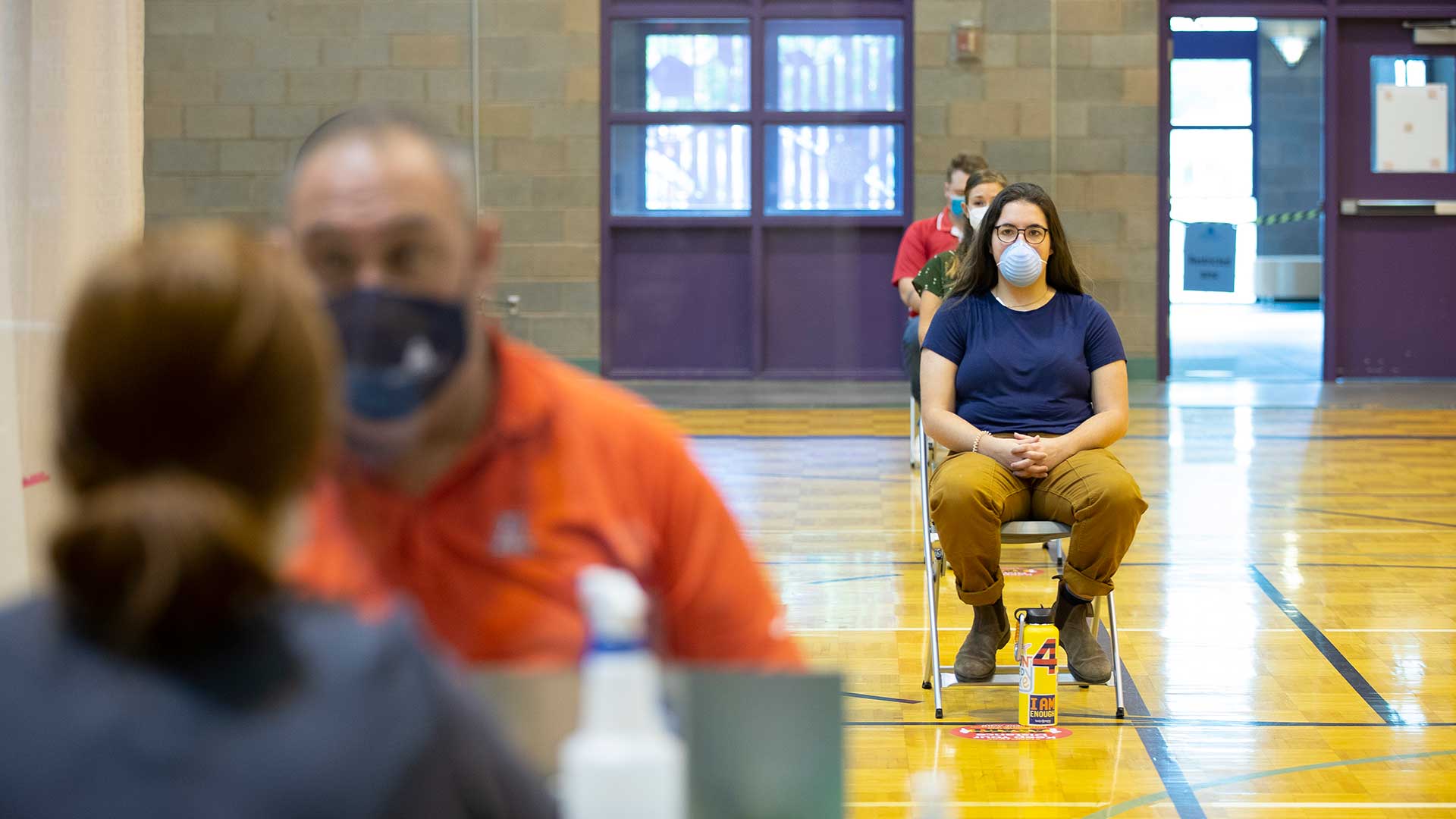 People wait to be tested for COVID-19 at the Kino Sports Complex, in this July 13 courtesy photo from Pima County.
Pima County/Flickr

About 13% of the people tested for COVID-19 at Pima County's testing site at the Kino Sports Complex have received positive results since the site opened July 13, according to Pima County health officials.

While rates of positivity can vary depending on the source and the lags in data reported by the state, Arizona's most recently reported data suggests a positivity rate of 18% or more, and John's Hopkins University test tracking tool has put Arizona's seven-day average rate above 20% for weeks.

Not everyone who gets tested in Pima County is exhibiting symptoms, according to Pima County’s health director.

“Approximately one-third [of the people tested] are reporting that they have no symptoms,” said Theresa Cullen.

The county’s testing site at the Kino Sports Complex is seeing between 400 and 500 people per day.

New test sites opened in the county this week, including one in Ajo.

Pima County to open second free COVID-19 testing site Weekly Arizona unemployment numbers set another record Tucson OKs convention center as possible COVID-19 field hospital
By posting comments, you agree to our
AZPM encourages comments, but comments that contain profanity, unrelated information, threats, libel, defamatory statements, obscenities, pornography or that violate the law are not allowed. Comments that promote commercial products or services are not allowed. Comments in violation of this policy will be removed. Continued posting of comments that violate this policy will result in the commenter being banned from the site.