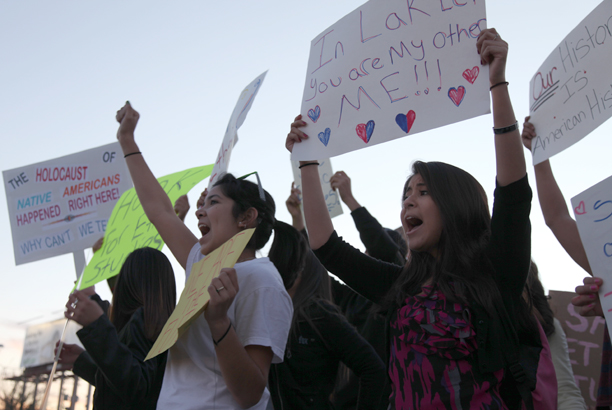 The Tucson Unified School District voted 4-1 Tuesday to end its Mexican American Studies program. The decision means the district will avoid losing millions of dollars of state funding for being out of compliance with state law.

TUSD Board Member Adelita Grijalva was the only no vote.

Protesters filled the board room and listened to the meeting on speakers outside the building. 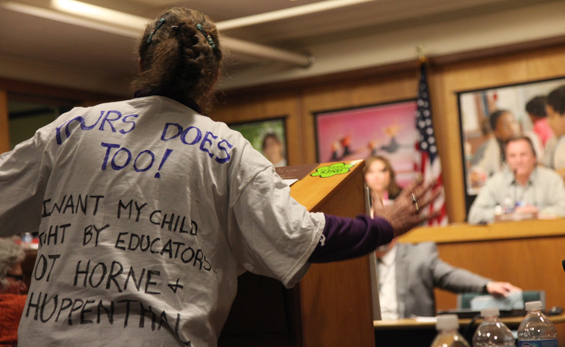 A parent of a child in TUSD speaks to the governing board. She passionately asks them to appeal the state's ruling and keep the program alive.
Fernanda Echavarri 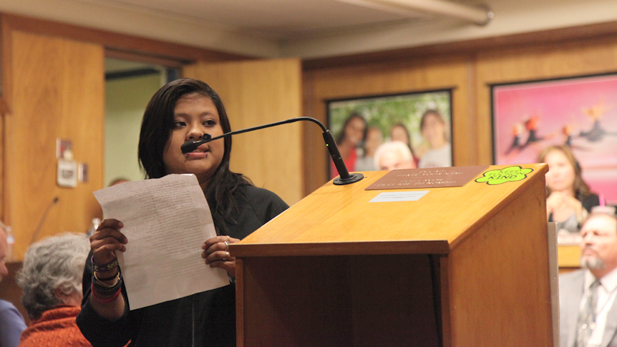 Mayra Feliciano, a TUSD graduate speaks during the call of the audience portion of the meeting. She turns her back to the governing board because “they haven’t listened” and instead addresses the crowd at Tuesday’s meeting.
Fernanda Echavarri

Board members who voted to end the program said they were swayed by the threat of loosing up to $15 million in state aid for being out of compliance with state law.

Miguel Cuevas, who had previously supported the program, said that while he “may not agree with the law or the rulings, I have sworn to obey by them,” and the cost of litigation and penalties if the program continued was too high.

Many people in the crowd stood up before Cuevas finished reading his statement, some walked out of the board room yelling “cowards!” which prompted board president Mark Stegeman to call for a short break before the final vote.

Hundreds outside chanted “We will not comply!” while holding their fists in the air, some shook the barricades and a protester pounded his fists on a window until security stopped him. 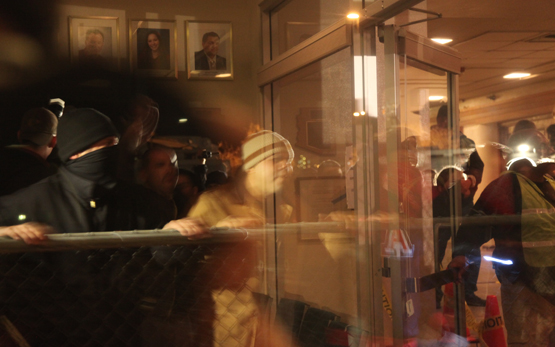 Protesters outside TUSD headquarters chant and shake up the barricades after hearing the votes to shut down the Mexican American Studies program.
Fernanda Echavarri

Cesar Bracamonte, 16, is enrolled in American History Through Hispanic Perspective at Tucson Magnet High School. He said the idea of not going to that class again saddens him.

“Honestly I haven’t read one book, one article that promotes solidarity for one race, like they say,” Bracamonte said. “If anything I’ve learned the opposite that nobody is greater than anyone, we are all part of the human race and human history.”

He, like most of the students at the meeting, said the plan is to continue reading the material and learn about Mexican American Studies subject inside or outside a classroom. 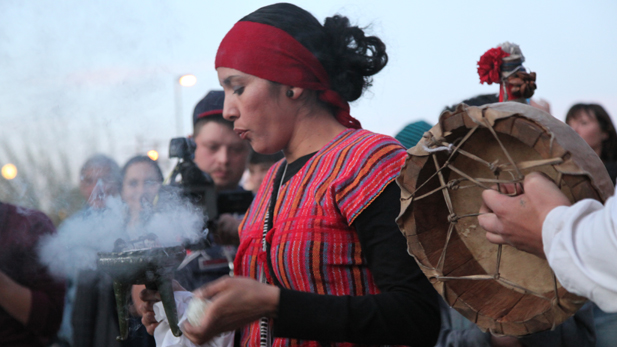 Former Official Behind Ethnic Studies Ban Testifies in Court Tucson repeals controversial ordinance on police crime scenes Two Confederate monuments removed in Arizona amid broader push
By posting comments, you agree to our
AZPM encourages comments, but comments that contain profanity, unrelated information, threats, libel, defamatory statements, obscenities, pornography or that violate the law are not allowed. Comments that promote commercial products or services are not allowed. Comments in violation of this policy will be removed. Continued posting of comments that violate this policy will result in the commenter being banned from the site.