At least five detainees in custody in Arizona have tested positive for the virus. by Alisa Reznick Tweet 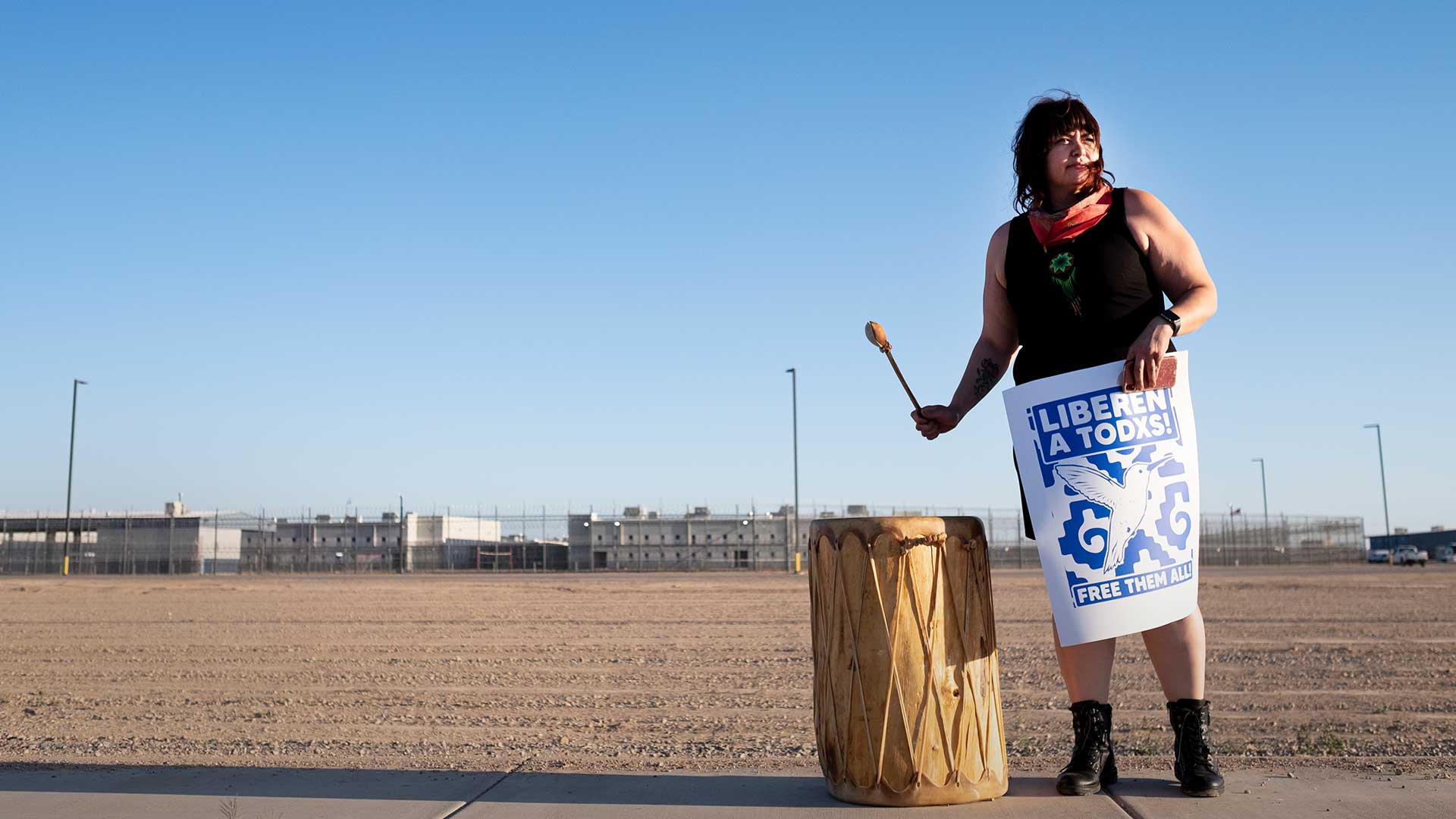 More than 300 people gathered in Eloy, Arizona, Friday to demand Immigration and Customs Enforcement detention centers release detainees in the wake of COVID-19.

Normally, demonstrations like these might involve protesters marching with placards and megaphones. But this protest took place almost entirely in cars.

A few hundred vehicles circled up and down the road in front of the La Palma Detention Center. Demonstrators honked horns and banged on pots, pans and drums. Banners hung from the side of their vehicles. Most of those who did get out to walk wore masks and kept their distance from each other. 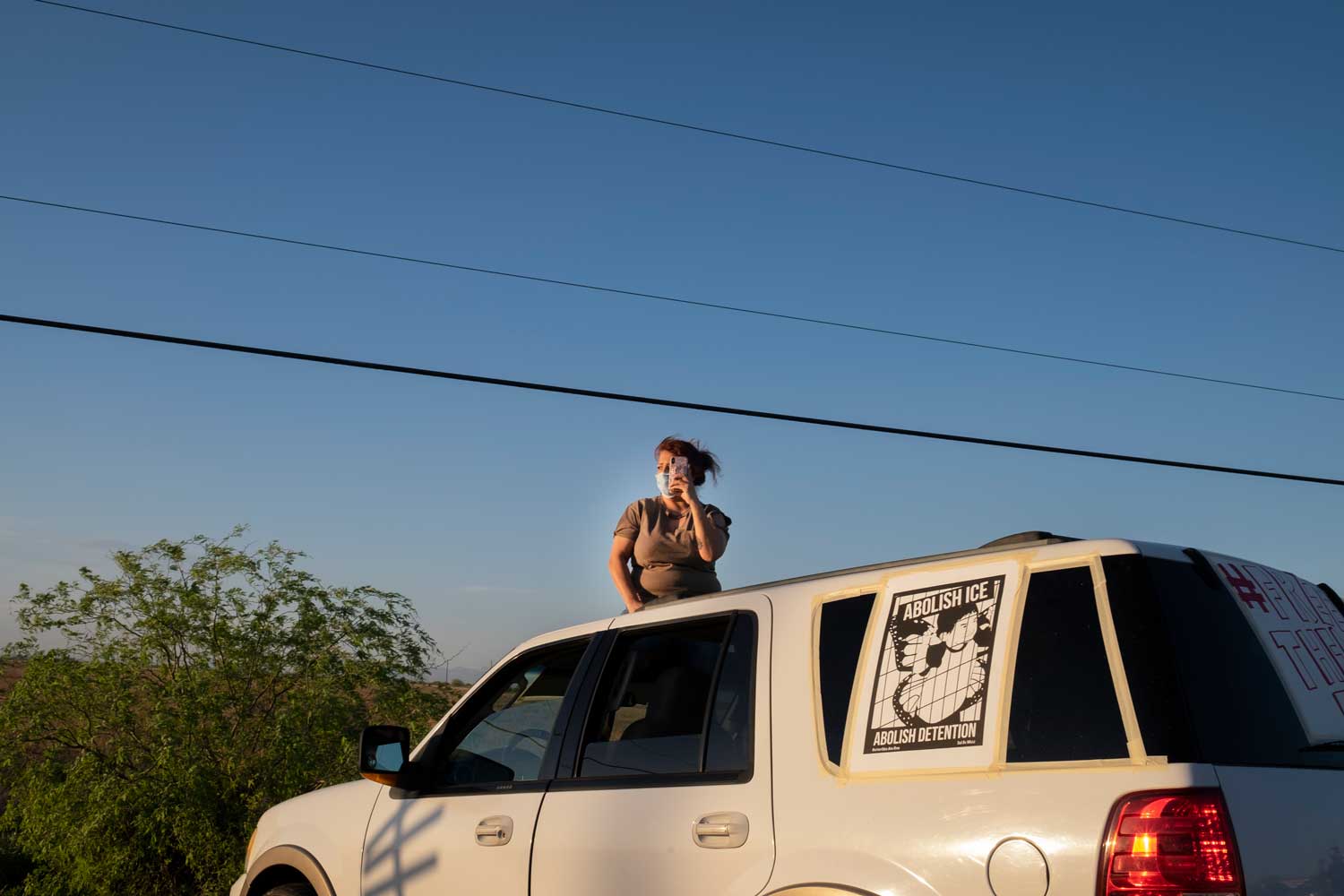 Stephanie Figgins is an organizer with Trans Queer Pueblo, one of the groups behind the event.

"We are calling on ICE Field Director Enrique Lucero to free all migrants from Arizona detention centers, to stop removal operations and deportations, because you cannot remove your COVID-19 problem," she said.

Figgins said detainees her organization supports say they were outfitted with masks for the first time Thursday.

"Our members in detention yesterday, they told us that the guards have distributed one mask per detainee, that each of them has to sign a piece of paper for," she said. "And they said if they lose or ruin that mask, they will not have the right to have another one. This is one mask to face a virus that can live for days on surfaces and for hours in the air."

According to ICE's website, there are five confirmed cases of the virus in detention facilities in Arizona. Groups say it’s only a matter of time before those numbers rise.

Trans Queer Pueblo, or TQP, advocates for the rights of undocumented immigrants and asylum seekers within the LGBTQ community. Figgins said LGBTQ detainees face higher safety risks in detention in normal times. Risks for all detainees could be exacerbated by the coronavirus. No More Deaths and Puente Human Rights Movement also took part in the event.

A handful of medically vulnerable detainees have been released so far. In a statement to the press, ICE spokesperson Yasmeen O'Keefe said the agency is considering these on a case-by-case basis.

UA, state health agency partner on antibody tests Mexico’s president wants WHO to authorize Sputnik and CanSino vaccines U.S. to reopen land borders in November for fully vaccinated
By posting comments, you agree to our
AZPM encourages comments, but comments that contain profanity, unrelated information, threats, libel, defamatory statements, obscenities, pornography or that violate the law are not allowed. Comments that promote commercial products or services are not allowed. Comments in violation of this policy will be removed. Continued posting of comments that violate this policy will result in the commenter being banned from the site.