As Western coal plants close, what happens to their water?

Closures looming, communities are starting to discuss how this newly freed up water should be put to use. by Luke Runyon, KUNC Tweet 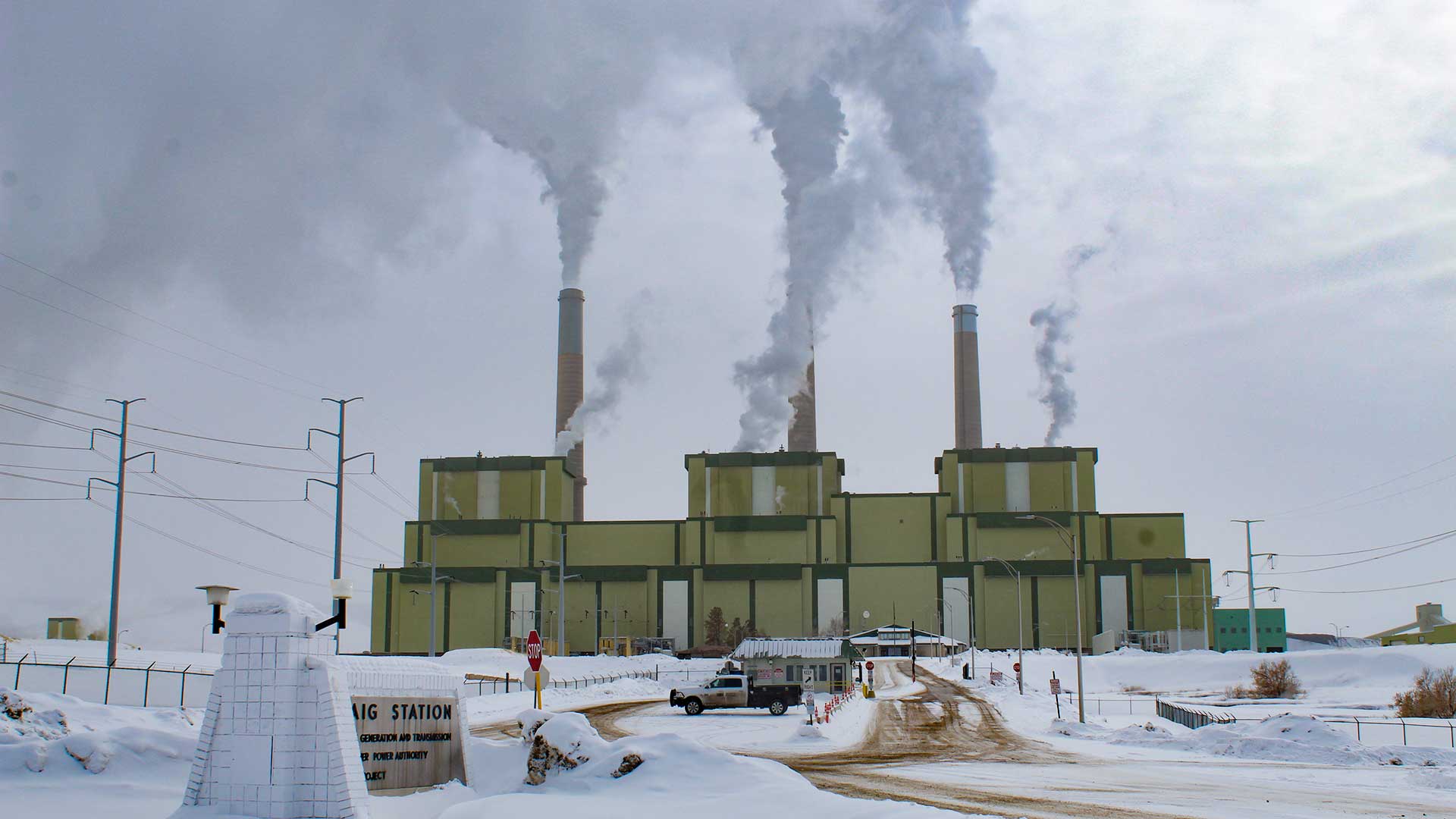 Coal-fired power plants are closing, or being given firm deadlines for closure, across the country. In the Western states that make up the overallocated and drought-plagued Colorado River, these facilities use a significant amount of the region’s scarce water supplies.

With closure dates looming, communities are starting the contentious debate about how this newly freed up water should be put to use.

That conversation is just beginning in the northwest Colorado city of Craig, home to nearly 9,000 residents and hundreds of coal industry workers. In January, TriState Generation and Transmission announced it will fully close Craig Station by 2030. The same goes for the nearby Colowyo coal mine.

The news comes on the heels of several high profile closures or closure announcements in Wyoming, New Mexico and Arizona. Each has a coal plant that taps into the Colorado River or its tributaries.

That didn’t surprise Jennifer Holloway, director of the Craig’s Chamber of Commerce.

“To me, it was in a way, a relief because it allowed for the whole community to be aware this is really happening,” Holloway said while sitting for an interview in the city’s downtown.

“It's been hard to face the fact that, ‘OK, we aren’t needed,’” she said. “Because we've been providing electricity for millions of other people. And that is a source of pride.”

At first, people worried about the loss of jobs, and the ripple effects it would have on local businesses. Craig’s economy is intimately tied to the coal plant. But as the conversation about the announcement continued, other nagging questions came up, she said. Like what’s going to happen to the plant’s sizable water portfolio? It uses more than 10 times more water than all of Craig’s residents. 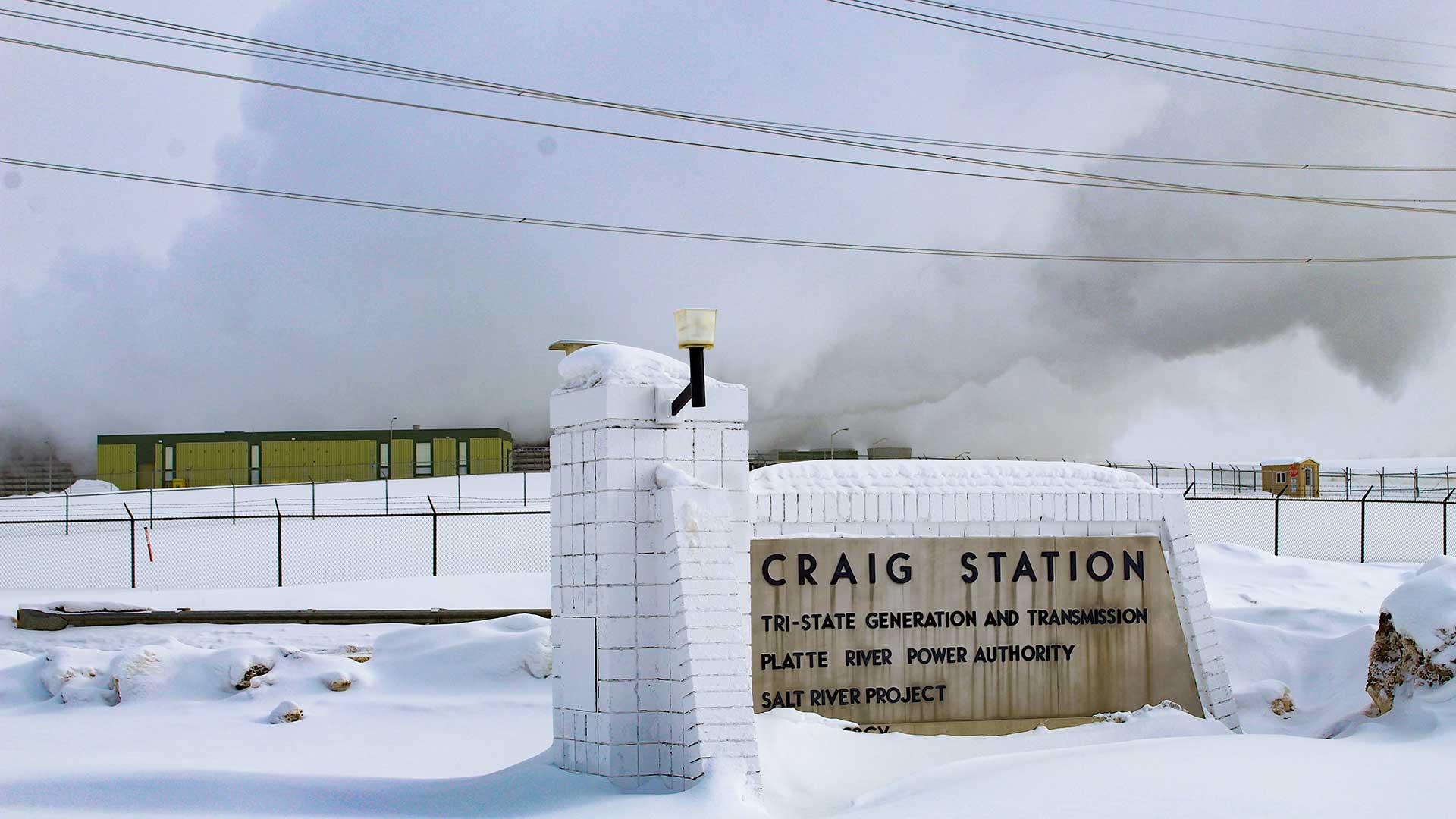 In the arid West, water, and access to it, is intertwined with local economies. Where water goes -- to a coal plant, a residential tap, or down a river channel -- says something about a community’s present and future economy, and its values.

“There is some discussion on this in the community and people have different views,” Holloway said. “But my personal view is that that water needs to be safeguarded for long-term environmental usage.”

With nearly a decade until the closure date, other local officials feel the discussion is premature, preferring to confer with TriState before commenting on how they’d like to see the water from Craig Station be put to use.

“I personally never thought I would see the day that this would come about,” said Ray Beck, a Moffat County commissioner, and a longtime coal industry booster.

“Water has become quite a commodity, if you will. And it's very precious,” he said. He’d like to see some of it set aside to give a boost to local farmers and ranchers.

“That it didn't get utilized for anything and they just hung on to the water right,” he said.

Holloway wants to see Craig make a transition plenty of other Western communities have attempted over the last century, from an extractive economic base to a recreation-based one. She’s quick to name drop the region’s new slogan -- “Colorado’s Great Northwest” -- and list the various draws, like Dinosaur National Monument, the nearby Steamboat ski resort and the relatively free-flowing Yampa River. 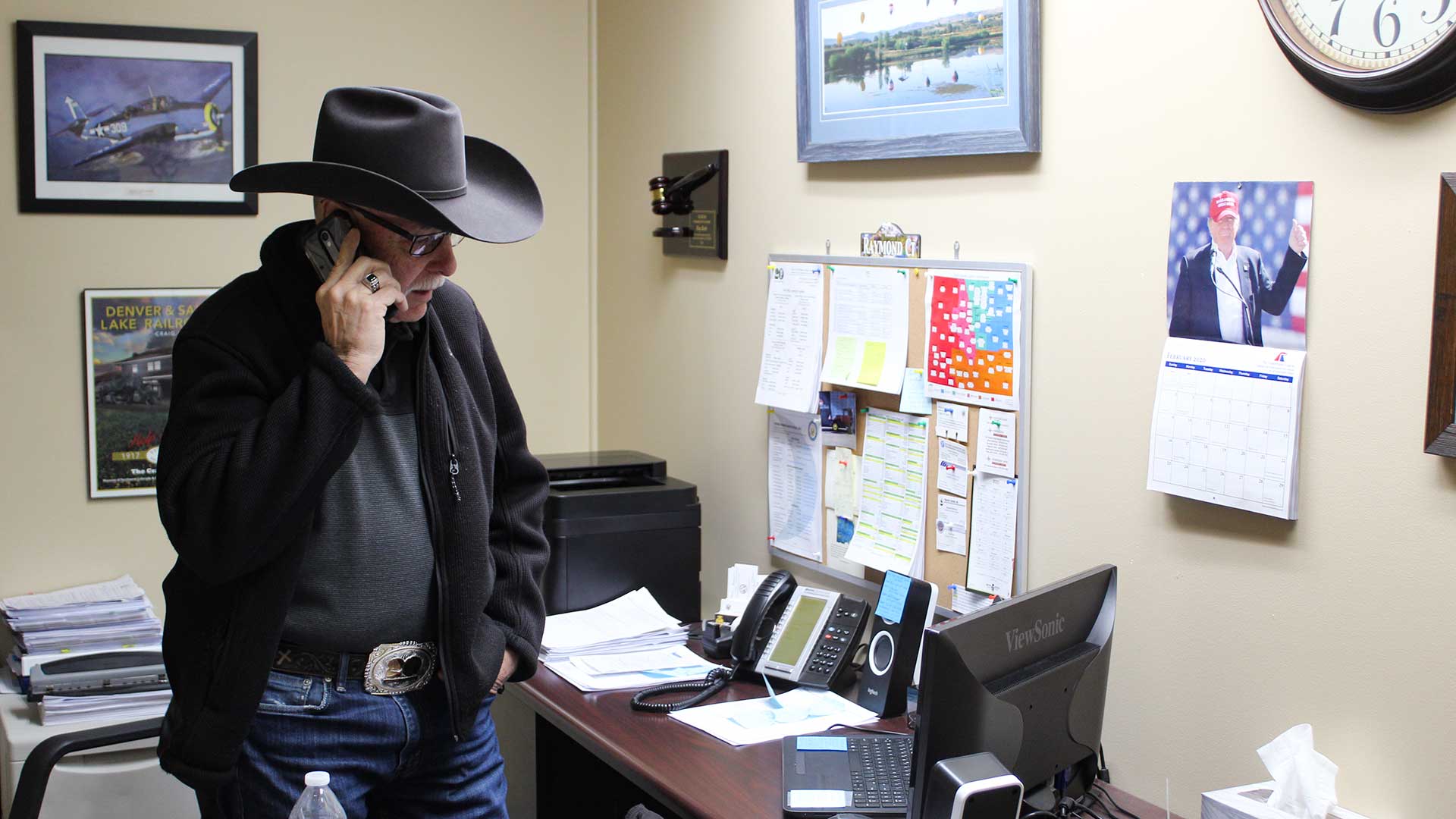 “One idea that I fully support is switching Dinosaur National Monument into a national park,” she said. “And hopefully TriState would partner with that effort and maybe use some of that water as we legislated that park to guarantee that we had the water moving west.”

Without local input into what happens to Craig Station’s water rights, Holloway worries it could hurt the Yampa, which is the coal plant’s current water source. Colorado has a long history of transmountain diversion, where water from the wetter Western Slope is diverted eastward to the populous Front Range.

“That's the biggest fear, is they're going to go into the headwaters of the Yampa, make a pipeline going over to the eastern slope,” Holloway said.

So far TriState hasn’t tipped its hand on what it plans to do with the water. Duane Highley, TriState’s CEO, said at a news conference shortly after Craig Station’s closure announcement that his company is already fielding calls from interested buyers, but didn’t elaborate as to who has inquired.

“When you look at a typical coal facility it uses an enormous amount of water,” Highley said, “and the fact that that will be liberated and available for other reuse will be significant.”

A spokesman for TriState declined an interview for this story. In an email TriState’s Lee Boughey said the company was not yet ready to delve into details related to the Craig coal plant’s water.

“We’re focused on employee and community impact issues and support related to our New Mexico and Colorado plant closures, and with a decade to go in the operation of Craig Station, not in a position to discuss water issues related to the ultimate closure of the plant,” Boughey wrote.

Craig Station uses on average 16,000 acre-feet of water each year. One acre-foot generally serves the water needs of two Colorado households for a year. A 2019 Bureau of Reclamation report showed thermal electric power generation in the Upper Colorado River basin accounted for 144,000 acre-feet, or about 3% of all water consumed in the watershed in Colorado, Wyoming, New Mexico, Utah and parts of northern Arizona.

“This creates a big opportunity to make water decisions more wisely,” said Gokce Sencan, who researched coal plants and their water rights while a grad student at the University of California.

The research was part of a consulting project for The Nature Conservancy. It’s one of a few deep-pocketed environmental groups interested in buying water from retiring coal plants and keeping it in rivers.

The Nature Conservancy receives funding from the Walton Family Foundation, which provides support for KUNC’s Colorado River coverage. The environmental group declined to comment for this story.

“It all comes down to who can negotiate with these plant owners and who can make a better claim or make a better offer,” Sencan said. And to the priorities of the energy provider itself, she said. If it sees water as a money-making asset, it can sell it off to the highest bidder. If it wants to do a good deed, it can listen to the local community.

“As a legal matter, the owners of the water rights, at least in Colorado, could do something else with them. As a practical matter, there's not much else they can do with them,” said Eric Kuhn, former head of the Colorado River District and author of Science Be Dammed: How Ignoring Inconvenient Science Drained the Colorado River.

TriState has limited options with the water rights, Kuhn said. The energy provider could sell them to a local municipality, though communities along the Yampa River, like Steamboat Springs, Hayden and Craig, likely wouldn’t be able to use that much water all at once. TriState could offer them to local farmers, though most of the easily irrigable land has already been irrigated for a long time. They could turn them into in-stream flows. Or they could sell them to a user outside the Yampa basin, like a Front Range city. Any project proposed to pump the plant’s freed up water more 200 miles eastward would face significant political pushback and a multi-billion dollar price tag, Kuhn said. 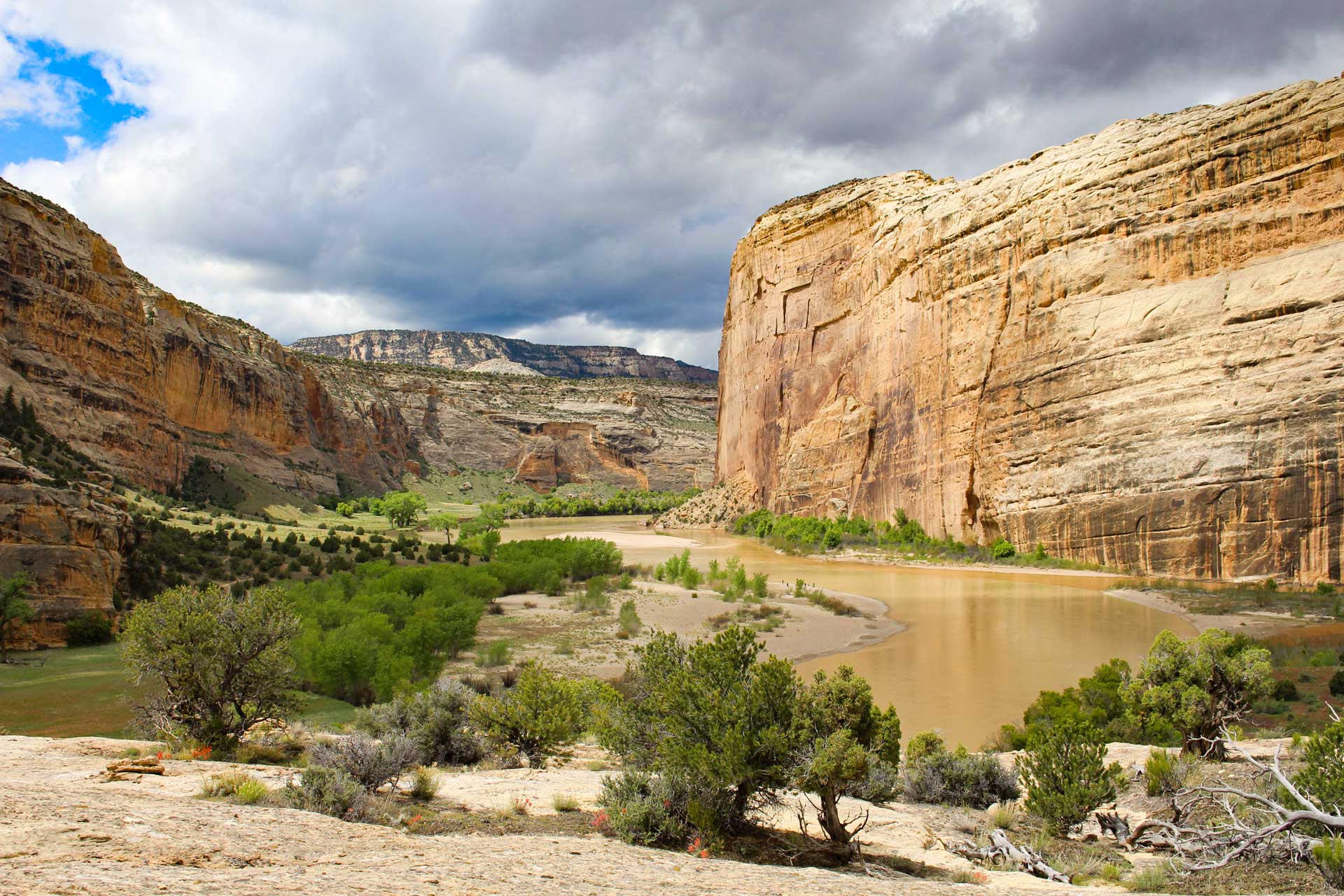 According to Kuhn, these coal closures also have implications for broader Colorado River management. The recently signed drought contingency plans task water leaders in Colorado, Utah, Wyoming and New Mexico to begin exploring a conceptual program called demand management, where in a shortage, water users would be paid to use less. Coal plants using less water would alleviate the situation.

“What it’s going to do is take the pressure off of these states to come up with demand management scenarios, because where does that water go? It'll flow to Lake Powell,” Kuhn said.

In Colorado, only the state is allowed to hold so-called in-stream flows, where water is kept in the river channel for ecological benefit. Private entities, like environmental groups, aren’t allowed to hold such rights.

“Converting (Craig Station’s) rights to in-stream flows or to recreation rights that can be legally protected, I think is a potential win-win for the community,” Kuhn said.

Maegan Veenstra is one of those Craig residents looking for a win-win. On a snowy February day, she dodges rolls of woven, plastic fabric as we walk through her new storefront along the city’s main drag. She and her husband run Good Vibes River Gear, where they manufacture storage bags geared toward rafters, kayakers and stand up paddleboarders. 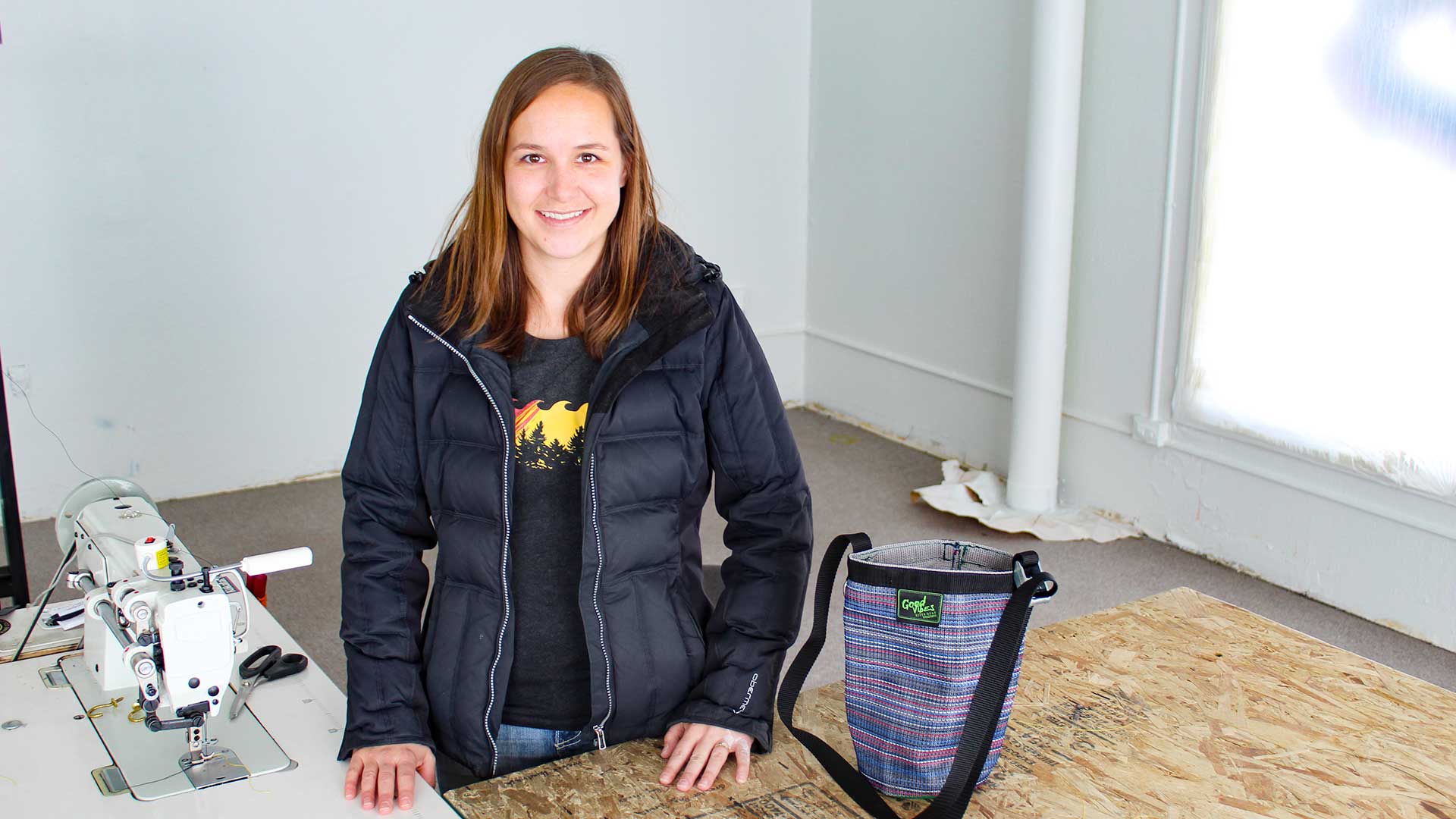 “We just want to help the economy diversify,” Veenstra said. “Plenty of other people from other areas have totally gotten it and are just flocking to their rivers. But there's a slow movement here.”

She said Craig is starting a transition that other communities in the West over the last century have gone through, from mining to recreation-based economies.

“It's been a boom and bust town for a long time. It's time to just kind of get away from that and be just a steady growing town,” she said.

If the community is ready to double down on a new persona as a tourist destination, Veenstra said the decision is simple: leave the water in the river.

Tucson Electric Power plant emissions upgrade scheduled Water managers see promise in recycling sewage ‘It’s getting close’: As the megadrought grinds on, Arizona working to meet water demands
By posting comments, you agree to our
AZPM encourages comments, but comments that contain profanity, unrelated information, threats, libel, defamatory statements, obscenities, pornography or that violate the law are not allowed. Comments that promote commercial products or services are not allowed. Comments in violation of this policy will be removed. Continued posting of comments that violate this policy will result in the commenter being banned from the site.