Mexico says fewer migrants are reaching the US border

The country's administration says its efforts to the reduce the flow of migrants are proving effective. by Rodrigo Cervantes, Fronteras Desk TWEET SHARE 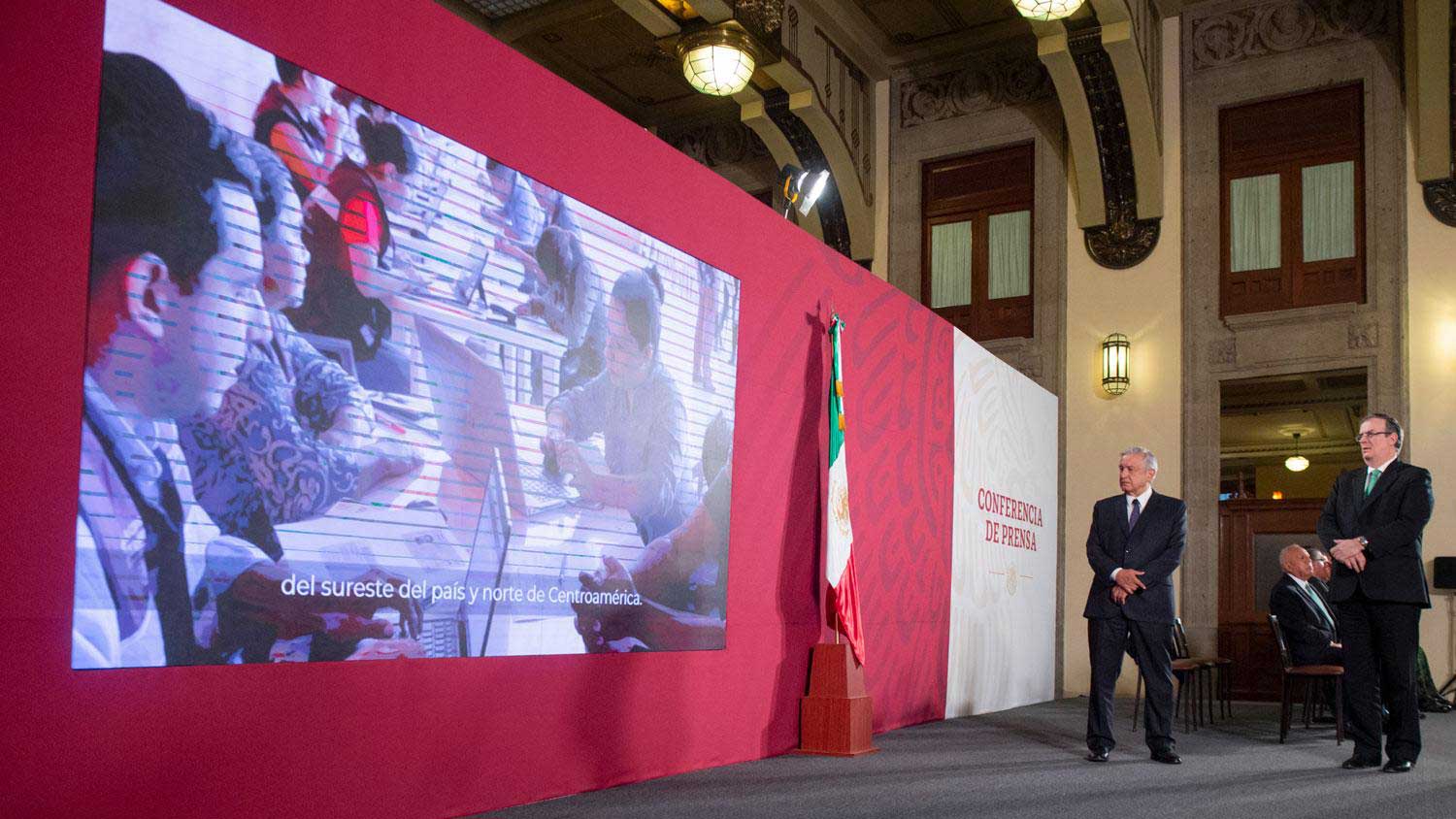 MEXICO CITY — Mexico’s current administration has been in power for a little more than a year. And according to their data, their efforts to reduce the flow of undocumented migrants to the U.S. are getting results.

But López Obrador himself and the secretary of foreign affairs, Marcelo Ebrard, argue that the goal is to protect migrants and their rights, even by offering jobs and asylum.

Ebrard says that in just a few months, the illegal border crossings from Mexico to the U.S. have decreased almost 75 percent. The vast majority of those migrants come from Central America.

He attributes part of the success to Mexico’s investments in Central America to create jobs in the region.

New lawsuit challenges legality of 'Remain in Mexico' program's migrant child removals Language barriers, wariness make vaccinating immigrants hard Arizona reports over 11,000 virus cases, nearly 200 deaths
By posting comments, you agree to our
AZPM encourages comments, but comments that contain profanity, unrelated information, threats, libel, defamatory statements, obscenities, pornography or that violate the law are not allowed. Comments that promote commercial products or services are not allowed. Comments in violation of this policy will be removed. Continued posting of comments that violate this policy will result in the commenter being banned from the site.