Experts say Arizona is an example of political transformation from what one called a “ruby red” state to a purple one. by Christopher Scragg and Joshua Gerard Gargiulo, Cronkite News TWEET SHARE 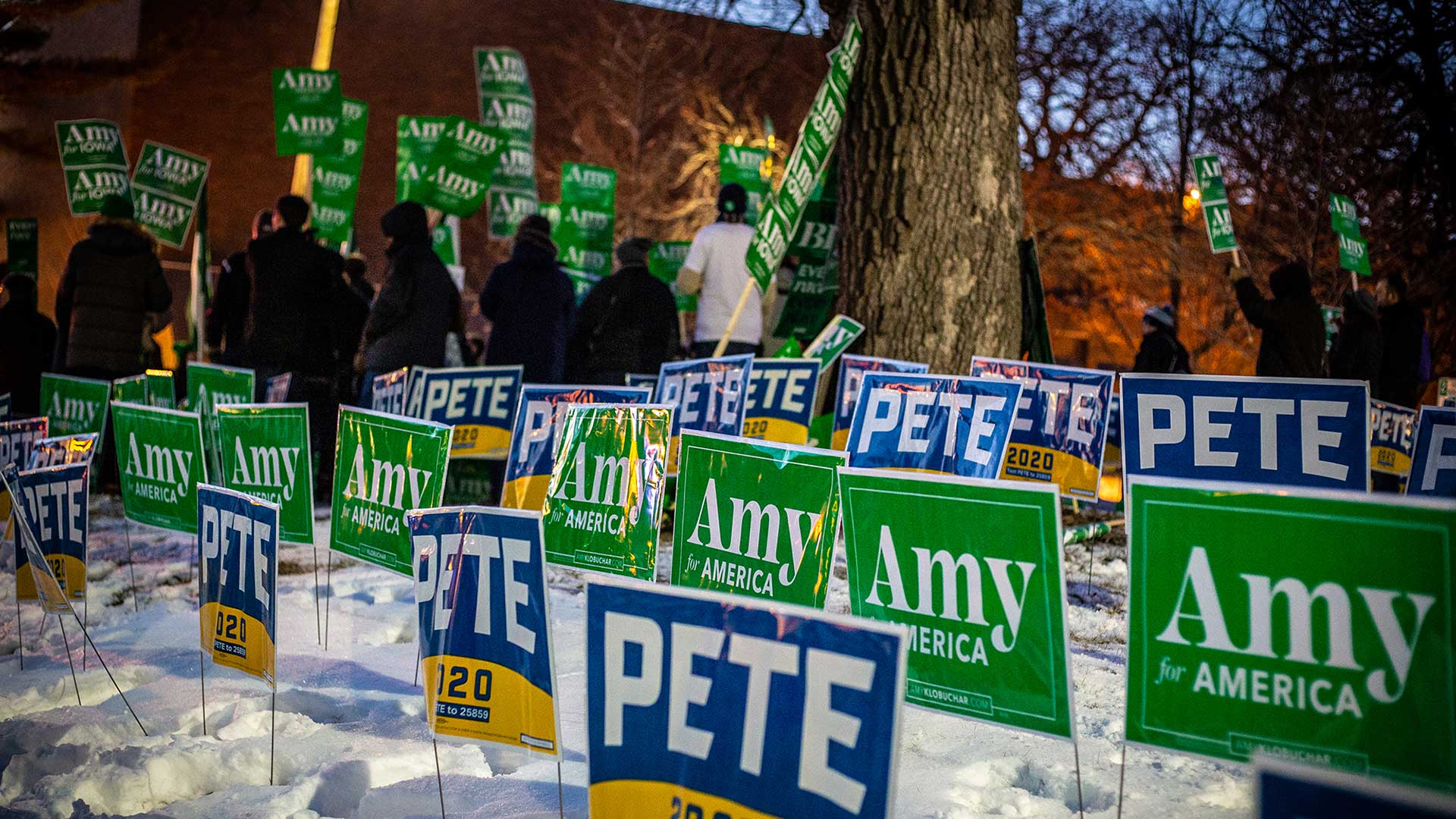 Campaign signs for Democratic presidential hopefuls Pete Buttigieg and Amy Klobuchar compete for attention outside a January debate at Drake University in Iowa. Democrats will bring what’s left of their road show after Super Tuesday to a March 15 debate in Phoenix.
Phil Roeder/Creative Commons

WASHINGTON – The Democratic National Committee on Friday tapped Phoenix to host a presidential primary debate next month, a move that state Democrats called an acknowledgment of Arizona’s increasing importance in the 2020 election.

The March 15 debate comes less than two weeks after Super Tuesday primaries that are likely to narrow the Democratic field. It also comes just two days before Arizona’s presidential primary and could help generate excitement for the race and boost voter turnout.

“It creates enthusiasm and brings people out both on behalf of particular candidates and also for participation in general,” said Bill Scheel, a political consultant who joined others who said it calls attention to Arizona’s emergence as a crucial battleground state.

Details on the debate were scarce Friday, but Arizona Democrats welcomed the announcement as a victory for the state and the party.

“I believe strongly the path to the presidency goes through Arizona,” said Phoenix Mayor Kate Gallego, one of the Democrats who has lobbied the national party for months to host a debate in the city.

Her comments followed the announcement by DNC Chairman Tom Perez that the party and the Congressional Hispanic Caucus’ political action arm had identified Arizona as the site of the debate – the 11th of this campaign – and that it would be hosted by CNN and Univision.

Even though Arizona has long been a red state, which President Donald Trump carried by 3.5 percentage points in 2016, Perez called it a fitting place for a debate.

“After historic Democratic victories in 2018, we’re putting the Republicans on defense in the Grand Canyon State,” he said in a prepared statement. “This debate will showcase our Democratic presidential candidates, highlight Trump’s record of broken promises and make it clear that Democrats are fighting to give Arizonans a better future.”

Political experts say Arizona is a notable example of major political transformation from what one called a “ruby red” state to a purple one.

“Arizona is at its apex of national relevance,” said Mike Noble, chief of research at OH Predictive Insights. “Not much money and time is ever spent in Arizona because, at least the last few decades, it’s been pretty ruby red.”

In the 2018 midterms, Arizona Democrats picked up a seat in both the U.S. House and the Senate, a sign that one party official said portends a strong showing in 2020.

“We saw in 2018 that we were on the precipice of something special with the historic wins that we had,” said Matt Grodsky, a spokesman for the state Democrats. “We’re obviously looking to capitalize on that this year in 2020 but I think that it speaks to a larger shift that we’ve seen in this state for the last decade.”

Just eight years ago, Republicans held a televised presidential primary debate in Mesa, and Trump frequently stumped in the state during his 2016 campaign. He has returned to the state several times since, and is scheduled to be in Phoenix next week.

“The Republicans have always seen Arizona as an important state in their coalition and now the Democrats as well,” Scheel said.

Several Democrats said putting the debate in Phoenix will also put a spotlight on issues important to Latino voters.

“The next president of the United States will be elected by the most diverse American electorate yet – one that looks more and more like the one right here in Arizona,” Ruben Gallego said in an emailed statement. “As voters decide what they want in a candidate, it’s important for Latinos to be a central part of that conversation.”

Mayor Gallego said she expects “issues of importance to the Latino community to be front and center” in the debate.

“That’s one of the reasons this debate will be in Phoenix – our voters are paying attention and they will make smart decisions,” she said Friday.

Phoenix emerging as hotspot for 2020 political activity Judge: Arizona Senate, Maricopa County need to settle fight over election data Electors, tribal leaders react to seizure of Capitol building
By posting comments, you agree to our
AZPM encourages comments, but comments that contain profanity, unrelated information, threats, libel, defamatory statements, obscenities, pornography or that violate the law are not allowed. Comments that promote commercial products or services are not allowed. Comments in violation of this policy will be removed. Continued posting of comments that violate this policy will result in the commenter being banned from the site.