A Tucson Sector official said on Twitter the detonations are happening in areas disturbed by the last border fence project. by Michel Marizco, Fronteras Desk Tweet 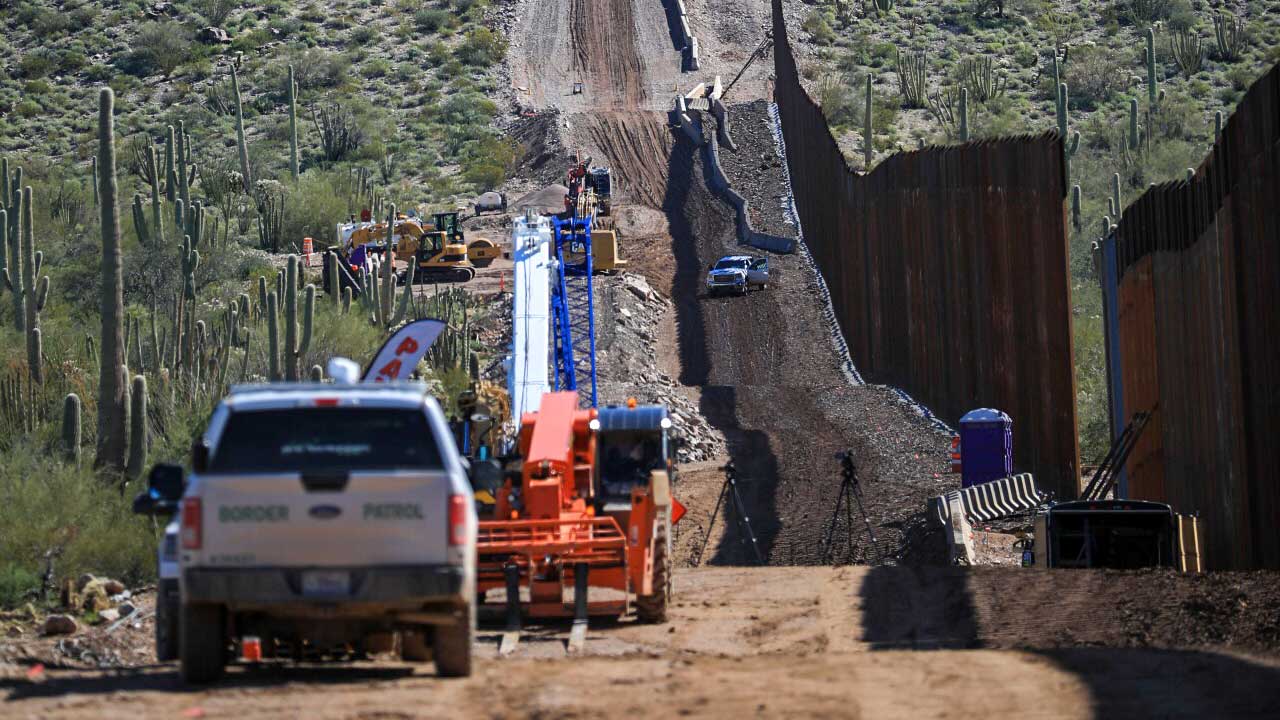 Border Patrol officials in Arizona say they’ve found no cultural or biological sites within a swath of border land currently being blown up to make way for a new border fence.

Sector chief Roy Villarreal tweeted out a video Thursday morning showing the desert ground jump as it was rattled by the latest explosion.

#FactCheck: The controlled detonations on Monument Hill are happening in areas previously disturbed by the last iteration of fencing. Here is video of yesterday’s activity. pic.twitter.com/ecqJpkLrwK

Villareal declined to be interviewed through a spokesman and said on Twitter that the detonations are happening in areas disturbed by the last border fence project.

Archaeologists have said Monument Hill at Organ Pipe Cactus National Monument where the explosions are taking place has been used as a burial site in the past.

The chairman of the Tohono O'odham Nation has denounced blasting in the area, saying construction "would irrevocably harm cultural sites, sacred sites and the environment."

AZPM contributed to this report.

Controlled blasts for border wall project draw criticism Asylum seeker artisans will have work on display at a Tucson event Sunday As crossing restrictions are lifted, Arizona border communities begin to reconnect
By posting comments, you agree to our
AZPM encourages comments, but comments that contain profanity, unrelated information, threats, libel, defamatory statements, obscenities, pornography or that violate the law are not allowed. Comments that promote commercial products or services are not allowed. Comments in violation of this policy will be removed. Continued posting of comments that violate this policy will result in the commenter being banned from the site.