The crew patrolling to protect the endangered porpoise in the Sea of Cortez came under fire by suspected poachers. by Kendal Blust, Fronteras Desk TWEET SHARE 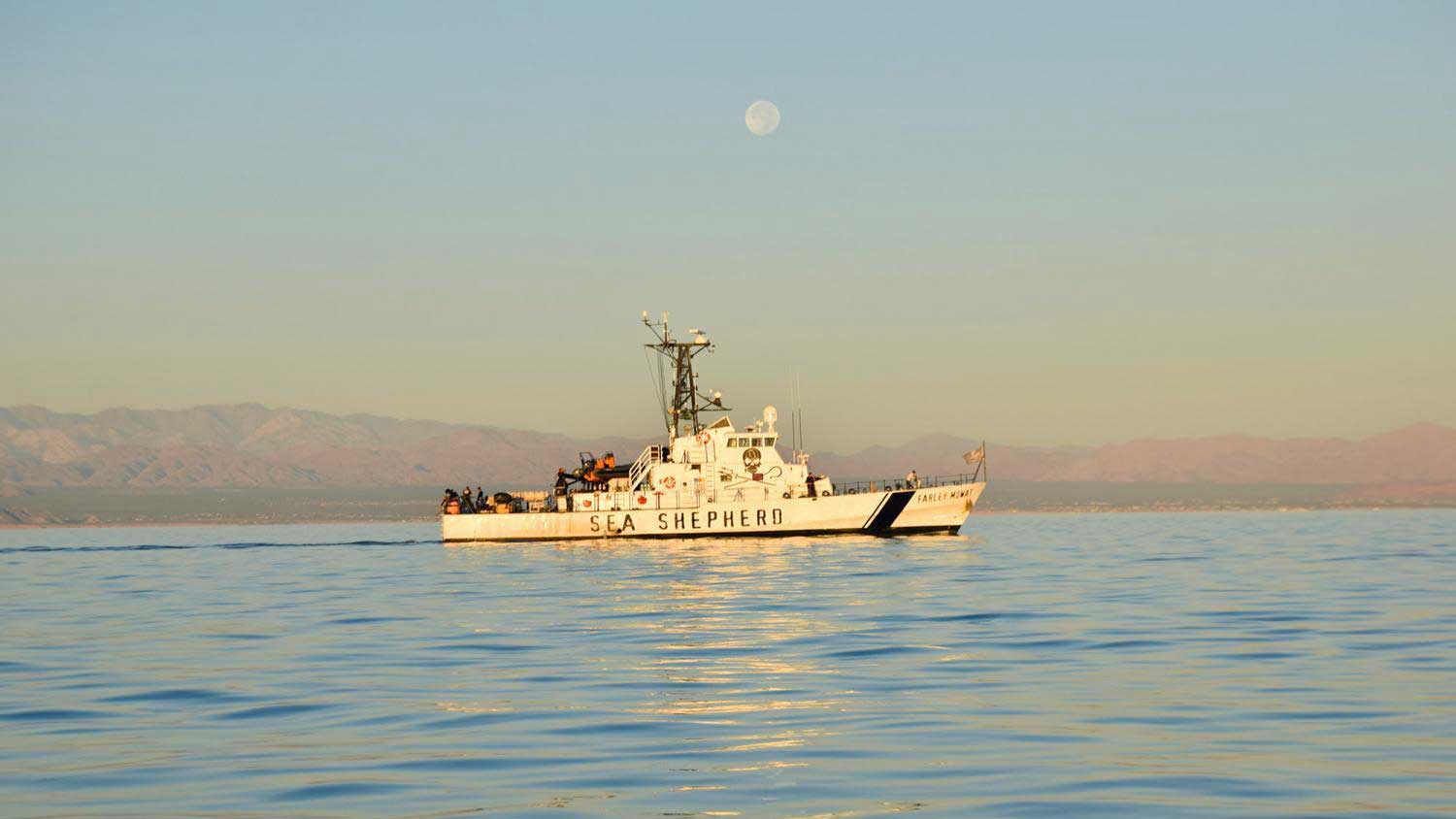 The crew of a conservationist ship that patrols Mexico’s Sea of Cortez to protect an endangered porpoise came under fire by suspected poachers over the weekend in a “critical zone” where there have been several sightings of the nearly extinct vaquita marina porpoise.

On Saturday morning, Sea Shepherd Conservation Society ship Sharpie was chased and surrounded by men in four small fishing boats while patrolling the federally protected vaquita refuge area in the uppermost part of the Sea of Cortez. In addition to Sea Shepherd’s crew, federal police and officers from the Mexican navy and environmental protection agency were also on board the ship at the time of the attack.

Sea Shepherd Conservation Society published photos and video of its ship being chased, and the small boats swerving in front of and around the ship.

Mexico’s environmental prosecution agency has condemned the attack and said it will carry out an investigation.

J.P. Geoffroy with Sea Shepherd said the crew has come under attack before, and that won’t deter their work in the Sea of Cortez.

“Our job is to try to save vaquitas, and we know that removing those nets that are killing vaquitas is the main solution at the moment,” he said. “So we’re not going to move. We’re not going to go away. We’re going to stay there.”

Sea Shepherd removes illegal fishing nets that poachers use to catch a huge endangered fish called the totoaba, whose swim bladder is valuable on the black market in China. But the gill nets are also considered the leading threat to the vaquita because they can trap and drown the small porpoise.

Vaquitas have recently been sighted in the area where the attack Saturday took place, known as the “critical zone” for protecting the small porpoise. And last March a vaquita was found dead in this area. There are only an estimated 10 vaquita left.

But Geoffroy said protecting the vaquita is a complex problem that the Mexican government needs to resolve not only by enforcing the ban on gill nets in the protected area, but by supporting nearby fishing communities.

“It’s also a very huge social and economic issue in the communities that surround the area,” he said. “So of course it’s going to take time. Sadly, we don’t have much time. So we as Sea Shepherd are going to keep doing our work there.”

‘Remain in Mexico’ policy’s impact in Nogales, Sonora Winter storm could be 'most significant' of the season Arizona's 2020 wildfire season among worst in past decade
By posting comments, you agree to our
AZPM encourages comments, but comments that contain profanity, unrelated information, threats, libel, defamatory statements, obscenities, pornography or that violate the law are not allowed. Comments that promote commercial products or services are not allowed. Comments in violation of this policy will be removed. Continued posting of comments that violate this policy will result in the commenter being banned from the site.