Feds say tiny snail in Utah, Arizona can no longer be listed as endangered

U.S. Fish and Wildlife says the Kanab ambersnail is not actually its own species. by Kara Harris, Cronkite News Tweet 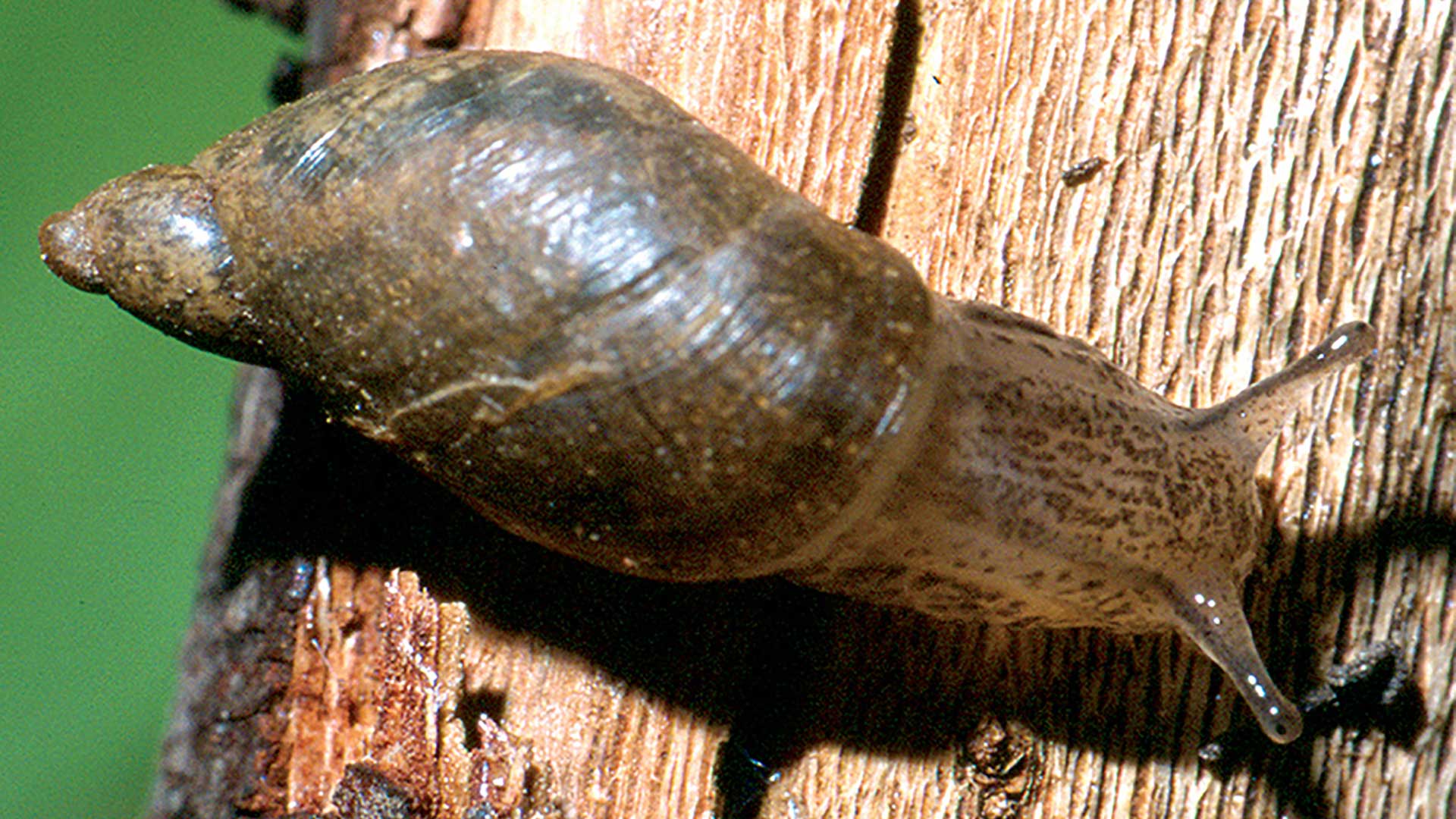 The Kanab ambersnail was listed as an endagered species for more than 20 years, but federal officials have proposed taking it off the list after determining it is not a species distinct from other, more common ambersnails.
Courtesy of U.S. Geological Survey

WASHINGTON – The U.S Fish and Wildlife Service said this week that it plans to take the Kanab ambersnail off the list of endangered species because the tiny snail is neither endangered — nor its own species.

The service said new scientific evidence shows that the Kanab subspecies, found in just three sites in the Colorado River watershed, is not genetically different from other, more common ambersnails. With no clear distinction, the service said it is no longer justifiable to list it as endangered, a status the snail has enjoyed since 1992.

Environmental groups and Arizona state officials said they agreed with the proposal to delist the snail in light of the new evidence.

“While this is a rare and unique critter, it is not only alone out there in this big landscape,” said Jeff Sorensen, the Arizona Game and Fish Department’s program manager for invertebrate wildlife. “It’s actually related to a lot of other populations of ambersnails elsewhere in North America.”

Tierra Curry, a senior scientist at the Center for Biological Diversity, agreed that when it comes to listing threatened and endangered species, “protection decisions should always be based on the best information available.”

But while the Kanab ambersnail may lose its endangered status, Curry said, other snails are still at risk.

“There are many snail species in dire need of protection,” Curry said.

The Kanab ambersnail was discovered in 1909 in Kanab Creek Canyon in Utah and later found at Three Lakes in Utah and Vasey’s Paradise in Arizona. By 1991, none of the snails could be found at Kanab Creek, while a new population was later introduced in Arizona’s Upper Elves Canyon. 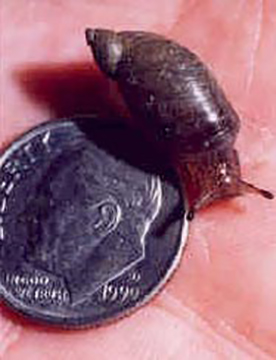 The snail, named for its “mottled grayish amber to yellowish amber” spiral shell, is only a half-inch to three-quarters of an inch long when fully grown. It lives for about a year in marshes and wetlands “watered by springs and seeps at the base of sandstone or limestone cliffs,” where it eats ferns, sedge, watercress, cattails and other plants typical of a marsh.

“He recognized that, you had limits looking at the morphology, internal anatomy, reproductive tract,” Sorensen said of the limits of research at the time. “He even had assigned it a temporary subspecies, this needs to be re-evaluated in the future.”

The science still deemed the Kanab ambersnail a subspecies a 1992, when it got endangered species protection. But recent studies have shown that differences between snails “based on physical differences are consistently found to be related closely enough to qualify as members of the same species based on genetic studies,” according to the notice posted Monday in the Federal Register.

Environmental groups say the move to delist the snail could have come sooner had there been sufficient funding to study endangered species. A Defenders of Wildlife analysis found that Fish and Wildlife, a lead agency in enforcing the Endangered Species Act, “receives less than half of the $486 million that it needs each year.”

“It’s not surprising this would be delayed simply because they don’t have the money to hire the people to do the work,” said Jacob Malcom, director of the Center for Conservation Innovation at Defenders of Wildlife.

“When you compile that kind of deficit over the decades, this has literally been going on for decades, you have these huge backlogs,” Malcom said.

Sorensen, who has long studied the Kanab ambersnail, said that while it could lose its endangered species protection, it will still be “managed and protected by the state of Arizona, by the National Park Service,” which manages the Grand Canyon National Park where the snails are found.

The proposal to delist the snail is subject to a 90-day public comment period. But Sorensen is cautiously optimistic for the snail’s future.

“These little guys have been on the landscape for tens of thousands of years, perhaps even longer than that,” Sorensen said. “They’ve managed through all parts of high flows, flooding events, and even climate change, yet they are still on the landscapes.”

He said the ambersnail is rare to Arizona and will continue to be studied.

“A lot of folks are like, ‘Why should we care about a little snail?’ Well for the very reasons why we care about anything,” Sorensen said. “We are humans applying human values to how we manage our world, that includes even tiny snails.”

US proposes changes to Mexican gray wolf management State OK's open-pit mine site's reclamation plan near Tucson Pima County considers permit for company that will emit trace amounts of cancerous gas
By posting comments, you agree to our
AZPM encourages comments, but comments that contain profanity, unrelated information, threats, libel, defamatory statements, obscenities, pornography or that violate the law are not allowed. Comments that promote commercial products or services are not allowed. Comments in violation of this policy will be removed. Continued posting of comments that violate this policy will result in the commenter being banned from the site.