With the drought plan done, some tribal leaders say their water rights can’t be ignored any longer. by Luke Runyon, KUNC Tweet 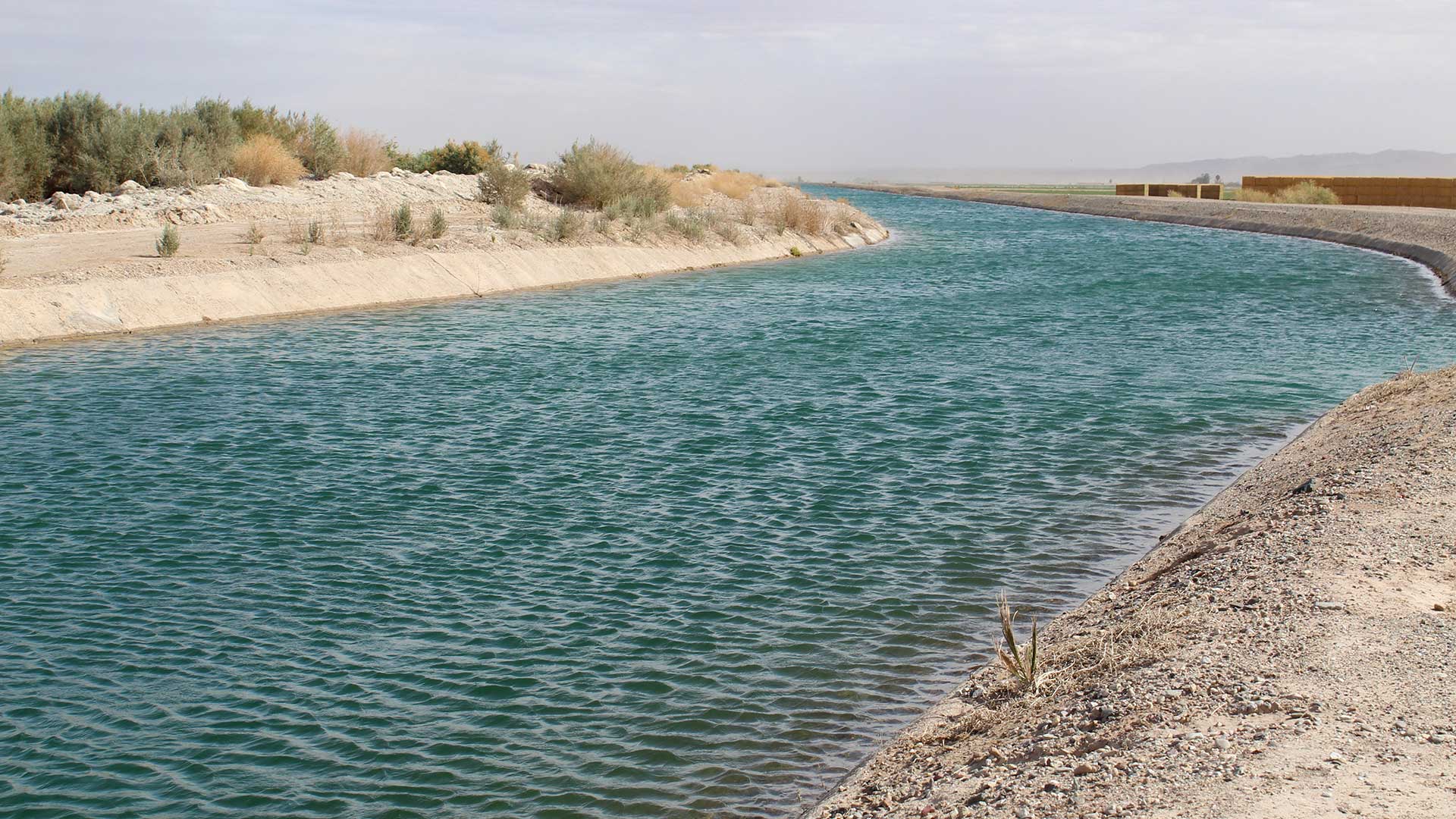 Earlier this year, Arizona — one of seven southwestern states that rely on the Colorado River — was in the midst of a heated discussion about water.

“It’s time to protect Lake Mead and Arizona,” the state’s Republican governor, Doug Ducey, said in his state of the state address in January 2019. He spoke to lawmakers in the midst of uncomfortable, emotional discussions at the statehouse in Phoenix about who gets access to water in the arid West, and who doesn’t.

“It’s time to ratify the drought contingency plan,” Ducey said to a round of applause.

The multi-state deal was the first issue Ducey brought up in the speech, and indicated it should be the Legislature’s first priority. The deal was designed to keep the Colorado River’s largest reservoir — Lake Mead outside Las Vegas — from dropping rapidly and putting the region’s 40 million residents in a precarious position.

Within weeks Arizona finished its portion of the plan. Tribal leaders in the state didn’t receive any accolades in Ducey’s speech. But a recent Arizona State University report suggests they should have. The report’s authors said without the actions of two tribes — the Gila River Indian Community and the Colorado River Indian Tribes — the deal would’ve likely collapsed. 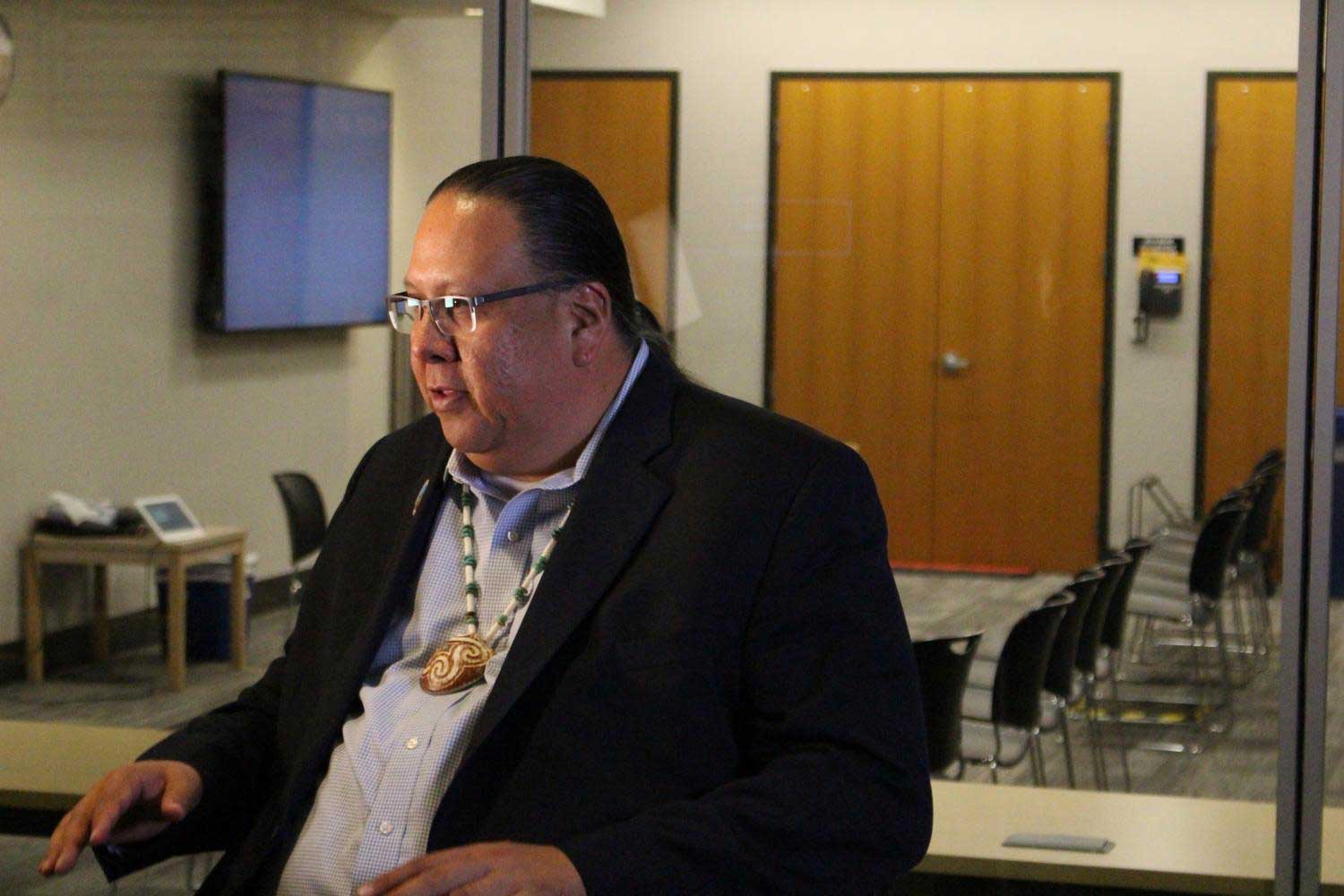 “We know that you have to live in harmony with your surrounding community, with the water resources, you have to respect that,” Gila River Indian Community Gov. Stephen Roe Lewis said after Ducey’s speech.

To get the deal across the finish line, Lewis’s tribe agreed to lease a portion of its water to the Central Arizona Groundwater Replenishment District, which supplies water for new homebuilding in the Phoenix and Tucson metro areas. The Colorado River Indian Tribes agreed to fallow cropland on its reservation, which spans the Arizona-California border, and leave the unused water in Lake Mead.

“This is a legacy, history-making moment for all of Arizona,” Lewis said.

Arizona’s portion of the drought contingency plan became a unique example in the basin of tribal leaders asserting themselves in broader discussions about the river’s management. Historically, tribes in the Colorado River basin have been marginalized and ignored, left out or outright banned from discussions of Western water development.

With the drought plan done, some tribal leaders say their water rights can’t be ignored any longer, and that it’s irresponsible of Western water leaders to leave them out of large multi-state agreements. And a recently finished federal study is amplifying tribes’ call for a seat at the table to negotiate the river’s future.

“Early on, five years ago, the tribes didn't think, well, how do we participate in this process?” said Daryl Vigil, member of the Jicarilla Apache Nation in northern New Mexico, and acting director of the Ten Tribes Partnership, an organization that represents the interests of 10 Colorado River basin tribes.

“But, I think given the nature of the senior nature of tribal water rights, they absolutely needed to be involved in that process,” Vigil said.

In December 2018, the federal government released the Tribal Water Study, which looked at water use within tribes, and projected future demands. One big takeaway from the report gained attention across the Southwest: On paper, tribes have rights to about 20% of all the water in the Colorado River watershed. Tribes aren’t using all the water they have rights to, but they plan to, which have ripple effects throughout the entire southwestern watershed, Vigil said.

The river’s current managing guidelines -- which dictate how its biggest reservoirs are run and a series of cutbacks when they drop in elevation -- are set to expire in 2026. Formal negotiations to come up with a brand new agreement start in 2020.

Interested parties, including state leaders, water agencies, farm groups, environmentalists and recreational interests are already starting to posture. Right after the Drought Contingency Plan was inked, the arguments began about what or who should be included in those negotiations and what or who should be left out.

Celene Hawkins, who heads up The Nature Conservancy’s work on tribal water issues in the Colorado basin, said while tribes were largely left out of the negotiating process that led to the 2007 guidelines, the tone is different now. (The Nature Conservancy receives funding from the Walton Family Foundation, which also supports KUNC’s Colorado River coverage)

“I am hearing more conversation throughout the basin about tribal inclusion in the process,” Hawkins said. “I don't know how it's going to look yet, but there seems to be a commitment to doing better by having the tribal voices at the table this time.”

When the tribes show up to negotiate, they’ll be entering the room with some of the most senior water rights in the basin, which comes with their own level of value and power. Selwyn Whiteskunk, who manages water issues for the Ute Mountain Ute tribe in southern Colorado, said he plans to push for more flexibility in the tribe’s water rights portfolio.

“This is an opportunity,” Whiteskunk said. “You want to grasp those opportunities.” 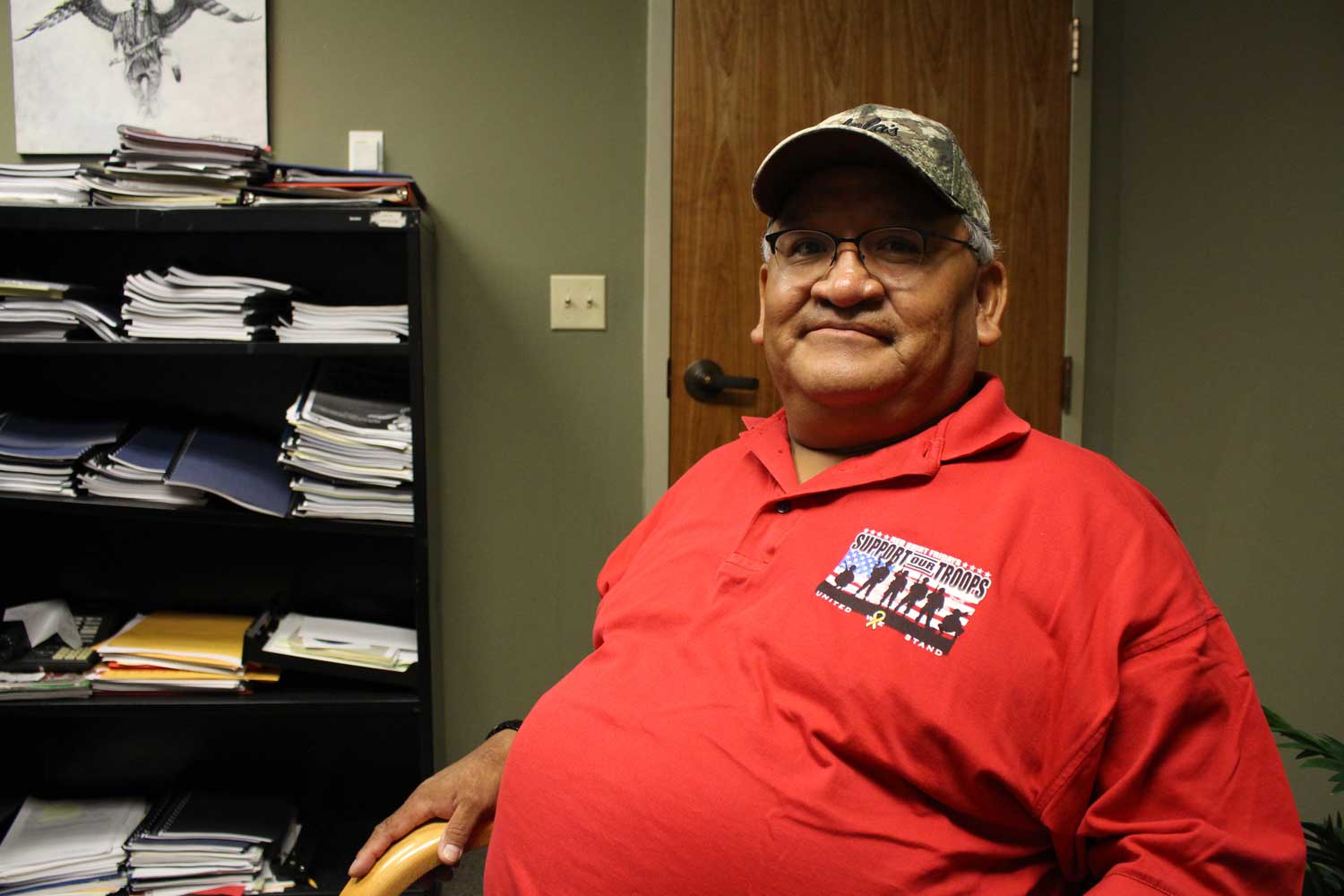 VIEW LARGER Selwyn Whiteskunk of the Ute Mountain Ute tribe wants to see tribes given more flexibility in how they lease and market water in the Colorado River basin.
Luke Runyon/KUNC

A settlement agreement currently limits how the tribe can market and lease its water, Whiteskunk said. He’d like to see a deal that would give his tribe the ability to work with the West’s fast-growing cities, particularly in the river’s Upper Basin, and solve some of the region’s water scarcity woes. But that door is closed right now, he said. He sees tribes in Arizona, like the Gila River Indian Community, being a part of a multi-state deal to share water.

“As a sovereign nation, we should have that ability to do that,” he said.

Whiteskunk says the message to other water users in the West is simple.

That’s a message tribal leaders are hoping sinks in: tribes aren’t using all the water they have rights to now, but it won’t stay that way forever.

This story is part of ongoing coverage of the Colorado River, produced by public media station KUNC in northern Colorado, with support from the Walton Family Foundation. KUNC is solely responsible for its editorial content.

Planning for a future with less Colorado River water Water managers see promise in recycling sewage The Buzz: A strong monsoon brings road closures and floods
By posting comments, you agree to our
AZPM encourages comments, but comments that contain profanity, unrelated information, threats, libel, defamatory statements, obscenities, pornography or that violate the law are not allowed. Comments that promote commercial products or services are not allowed. Comments in violation of this policy will be removed. Continued posting of comments that violate this policy will result in the commenter being banned from the site.